Nassau and Suffolk counties regularly use a legal tactic that conceals from public view actions by police officers facing serious misconduct allegations, a Newsday analysis of court records has found.

Over the last seven years, attorneys representing the two counties have secured so-called confidentiality orders in at least 60 federal civil rights lawsuits that allege wrongdoing by members of the Nassau or Suffolk County police departments, according to the dockets of the U.S. District Court with jurisdiction over Long Island.

The orders bar disclosure of virtually all evidence produced by the counties in the pretrial discovery process and turned over to lawyers for people who claim officers violated their rights in ways such as using excessive force, making false arrests or showing racial discrimination. They also can effectively permanently gag claimants, even after the counties paid six- or seven-figure settlements.

Judges often grant the counties’ broad confidentiality requests — sometimes over the objections of those suing the police — as a way to protect sensitive internal records and move along what can be lengthy, complex cases. But completely shielding documents as a standard practice, rather than making narrower redactions of personal information where needed, runs counter to federal and state legal mandates that grant the public a right to monitor court proceedings except under prescribed circumstances, according to legal experts. 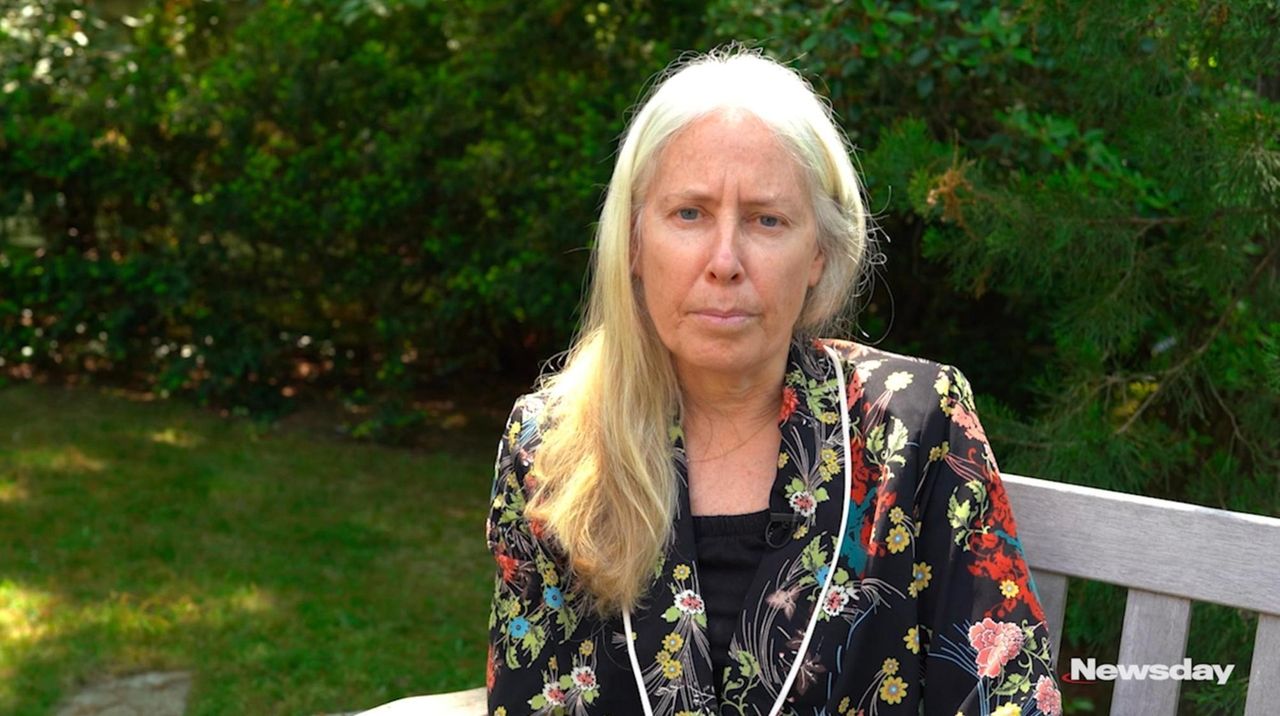 It can also limit the public’s ability to judge police operations and assess the need for reform.

"I think no one would disagree that if you want to make the police better, not only does the public have a right to know what’s going on, but other police departments should know how to improve," said Diego Zambrano, a professor at Stanford University Law School who has studied the use of confidentiality orders in a broad range of lawsuits.

While all discovery isn't meant to be available by default, Zambrano said that judges could find overwhelming public interest in allowing broader access to the kinds of police files provided in civil rights litigation, similar to the way they’ve ordered disclosure of evidence in class action cases where corporations faced charges of selling cancer-causing products.

"It could be that disclosure of discovery over police departments and civil rights claims is so important to the public, it can save lives," Zambrano said.

He cited a municipal workplace discrimination case that produced discovery prompting cities across the country to adjust their personnel practices — and noted that these types of litigation can often act as de facto regulatory tools in lieu of Justice Department lawsuits.

"Private lawsuits were meant to have a public component," Zambrano said. "They were always meant to enforce the law for regulatory purposes, not just for the benefits of that plaintiff."

Newsday’s docket review showed that county lawyers typically sought the broad confidentiality orders at the very start of the discovery process, during which they are required to turn over information sought by opposing attorneys, such as the results of internal affairs probes and the disciplinary histories of the involved officers.

Civil rights attorneys said they have agreed to confidentiality, when not ordered by judges, to advance cases more quickly.

"It was always done under protest," said Frederick K. Brewington, a Hempstead attorney who has waged numerous police-related suits on Long Island. "But we have to move the cases forward."

The repeal last year of long-standing state legislation, known as 50-a, that had kept most police disciplinary files secret, has prompted lawyers to push for more public disclosure of discovery. Separately, it brought a flood of public records requests to police departments, many of which have been denied. Newsday is suing Nassau police over its refusal to release most police disciplinary files the paper requested in the repeal's wake.

Brewington cited the 50-a repeal in objecting last month to Nassau’s request for confidential discovery, often referred to as a protective order, in a suit filed by Robert Besedin, a 71-year-old Air Force veteran who was thrown off his front porch by officers in 2017.

Besedin was charged with felony assault based on the officers’ statement that he had pushed one of them down his porch stairs while resisting arrest. The charge was dismissed after a home surveillance video contradicted part of the officers’ account.

A deputy county attorney told a judge that the "very disturbing" video showed what appeared to be a "physically unprovoked attack," and the case "should be settled without going into years of discovery." The county offered a $500,000 settlement that Besedin refused.

Brewington wrote in an April 29 letter to the court that the county, in seeking a protective order before discovery, was trying "to place limits of confidentiality on documents using broad, vague and overly restrictive terms."

Speaking generally, Nassau County Attorney Jared Kasschau wrote in an emailed statement: "Confidentiality agreements are routinely entered into and serve to protect the interests of both plaintiffs and defendants in all kinds of litigation. The county regularly enters into these agreements to facilitate discovery and avoid protracted and expensive motion practice while protecting the county’s interests."

Suffolk County Attorney Dennis Cohen's office did not respond to requests for comment.

As both counties embark on plans to reform their police departments, some advocates for reform argue that the confidentiality orders are a roadblock.

After months of study, Nassau and Suffolk adopted measures that include plans for widespread use of police body cameras and increased training and use of social workers to de-escalate confrontations between officers and the public.

The counties recruited activists, attorneys and community members to serve on committees tasked with formulating reform proposals. In Nassau, some panel members resigned to protest the county’s alleged failure to consider their views, primarily the need for civilian oversight of complaints against the police. One contributor said in an interview that confidentiality orders limited the ability of many participants to call for changes to how police handle misconduct charges.

"These are informed individuals who care a lot about police reform. They’re social workers, psychiatrists, all different professionals. And what’s interesting is the lack of information that these people have about exactly what happens with [internal affairs] cases," said Amy Marion, a Garden City attorney who has brought civil rights cases against Nassau and Suffolk police. "Because this stuff never does get into the public."

Speaking about lawyers who have sued the counties and been gagged, she also said, "It’s significant because we can’t talk about it and we can’t push reform forward because we are really bound. There isn’t accountability because nobody sees it, nobody knows."

Marion represents Raheem Sessoms, who alleges that police falsely arrested him for the 2017 armed robbery of a Central Islip barbershop where he was getting a haircut. Sessoms spent six days in jail and made court appearances for eight months, facing a minimum of 25 years in prison because he was on federal probation, before the charges were dismissed.

After Marion requested the personnel files and disciplinary records of the officers involved in the arrest, the county said it would provide limited documents unless she agreed to seal the information. Marion argued against confidentiality, also citing the 50-a repeal. Bulsara issued what he called the court’s "standard protective order," saying that "many courts'' have used the power to issue the orders even without a formal request.

In 2016, U.S. Magistrate Judge Anne Y. Shields imposed confidentiality over Brewington’s objection in a suit filed by former Nassau police Officer Dolores Sharpe, who alleged that, after a parking lot dispute, two fellow officers arrested her using force and lied about the circumstances. Sharpe was acquitted of criminal charges and resigned from the force. She is Black. The arresting officers were white.

Sharpe, Brewington wrote, "will not agree to be silenced about the injustice and abuse of process into which the Defendants have engaged." But Shields’ decision stated that the county had "asserted that relevant documents in their possession contain sensitive information relating to Plaintiff and individual officers," also asserting that Sharpe’s resistance to a confidentiality order "has hindered the exchange of discovery."

'Err on the side of confidentiality'

Evidence of repeated police failures that preceded the 2009 murder of Jo’Anna Bird by an abusive ex-boyfriend has also remained sealed — despite Nassau County’s payment of a $7.7 million settlement.

A judge barred Brewington from making public a 700-page internal affairs report and held a county lawmaker in contempt for disclosing some of the report’s findings.

"You err on the side of confidentiality and then let somebody who wants something in the public domain to go to court and get a particular order to get it released," said former Nassau County Attorney John Ciampoli, who successfully advocated for shutting the Bird files.

"There is now a struggle taking place," Brewington said of his own efforts to more frequently challenge confidentiality orders. "The information should be known to the public."

The chambers of U.S. Eastern District Court Chief Judge Margo K. Brodie declined to discuss the role of confidentiality orders in expediting civil cases, saying in an emailed statement that "the issue is being litigated in individual cases."

The since-repealed secrecy mandates of 50-a "acted as a thumb on the scale" against opening the police files, said Seth Katsuya Endo, an assistant professor at the University of Florida Levin College of Law who studied how federal courts across the country dealt with confidentiality orders.

He found that courts "are regularly entering orders overly favoring secrecy in a manner that is inconsistent" with the law. In a law review article, he also reported "an overreliance on boilerplate language" and "an overly permissive standard for filing under seal."

Unless an interested party, such as a media organization or public interest group objects, "it’s much easier for the court" to order confidentiality with the hope of processing cases more easily, he said, suggesting that a better solution would be to narrowly define records that legitimately contain confidential information and make the necessary redactions.

But Katsuya Endo added that civil plaintiffs, who often go along with these orders despite the harm to transparency, shouldn’t be blamed for doing what’s in their best interests for a quick and favorable settlement.

"This is going to be their one interaction," he said. "So they aren’t necessarily thinking ‘What is the systemic effect?’ "