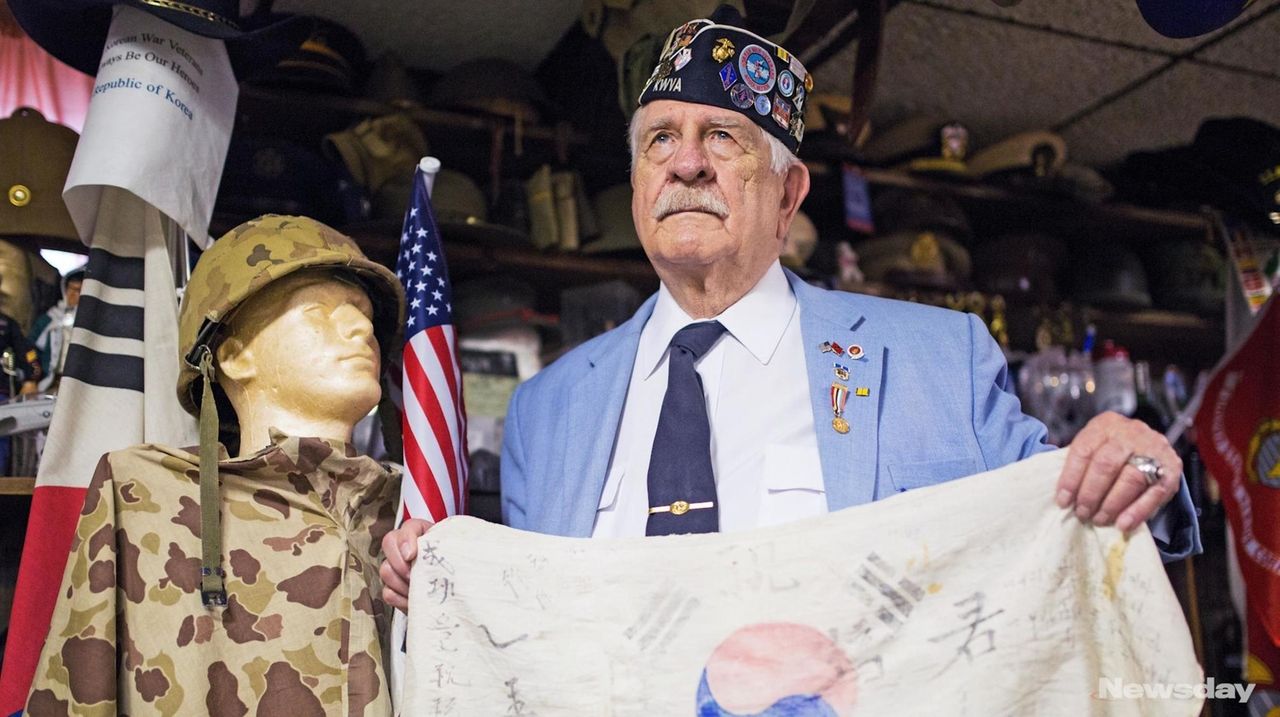 Sal Scarlato suffered the wounds that helped keep South Korea free from communism nearly seven decades ago. Now, watching the summit between leaders of that divided peninsula, his optimism is tempered by the North Korean leader’s checkered past.

“He’s a tyrant,” said Scarlato, 85, of Hauppauge. “How do you trust someone like that?”

Meanwhile, the Rev. Joseph Pae, a native of South Korea, saw the summit as a topic for his Sunday sermon at All Saints Episcopal Church in Great Neck.

“I think I’m going to talk about hope,” said Pae, who, at 47, was born well after the war that split Korea. “Even if it’s just a show, we need more of these.”

Long Islanders, like the world, watched with wonder as North Korean leader Kim Jong Un shook hands Friday with South Korean President Moon Jae-in. The meeting marked a stark and sudden turn of events between two rival countries riven by a deep and bitter past, including one of the bloodiest conflicts of the last century.

Consequently, the leaders’ vow to seek a nuclear-free peninsula was greeted with a mix of skepticism and hope.

For all the historic significance, many people viewed the summit as a precursor to the planned meeting in the next two months between President Donald Trump and the North Korean leader. If progress is to become a reality, that meeting will be telling, Pae said.

“I’m hoping for more communication,” he said. “Then we can understand each other, and the other steps will come naturally.”

For now, Scarlato said he vividly recalls North Korea’s war history, as well as Kim Jong Un’s actions over the past year as he leveled anti-American threats and launched nuclear tests.

Scarlato was a Marine private in the Korean War when a hand grenade wounded him in the head, neck and leg during fighting on the peninsula’s west coast.

The Korean War lasted from 1950, when soldiers from North Korea invaded the south, to 1953. But the armistice that ended the fighting was a cease-fire, not a permanent peace treaty. So the countries are technically still at war.

Scarlato now serves as commander of the Korean War Veterans Association of New York as well as the central Long Island chapter.

Watching the two Korean leaders shake hands and hug encouraged his hope, he said. But then come the questions, and the doubts.

Many Korean War veterans are well into their 80s. There are 16,480 such veterans in Nassau and Suffolk, according to the 2016 American Community Survey. The Department of Veterans Affairs says there are 1.8 million across the country, according to 2015 figures.

Charles Bours, 80, served in Korea a few years after the war ended. He was in an Air Force unit that guarded planes with the help of dogs. He doesn’t trust Kim Jong Un, just as he didn’t trust Kim’s father and grandfather before him.

“All of a sudden he’s doing this and this and this,” said Bours, of Levittown, who serves as commander of the Korean War Veterans of Nassau County. “He’s got to have an ulterior motive.”

Koreans have a population of 20,122 in Nassau and Suffolk counties, constituting 0.7 percent of the Island’s population of 2.8 million, according to U.S. Census figures.

James Mun of Jericho came to the United States from South Korea in 1978. Born in 1949, he was only a baby during the war. He’s leaning hard on his optimism that this summit could be the start of major changes: North Korean nuclear disarmament, an improving economy there, peace.

“This time is different,” said Mun, 69, who serves as president of the Korean-American Association of Long Island. “I think this time is real.”