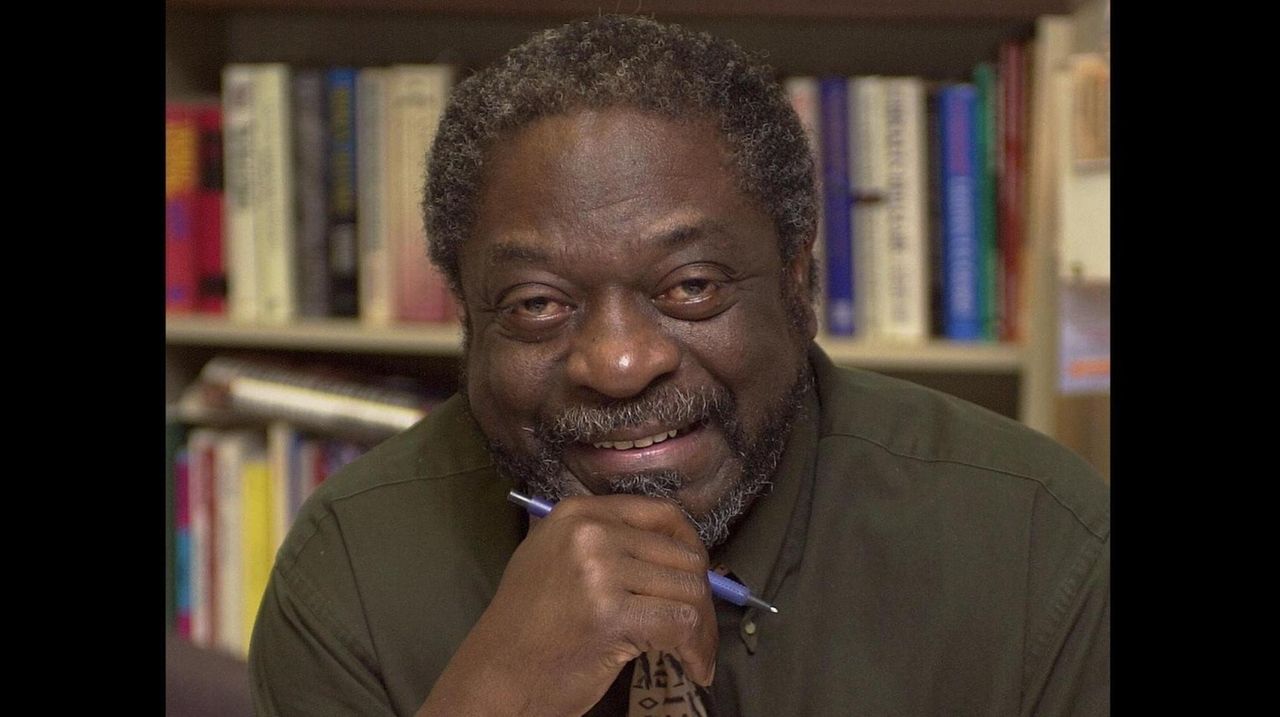 Longtime Newsday journalist Les Payne, a Pulitzer Prize winner whose nearly four-decade career took him from the poppy fields of Turkey to the Soweto uprising in South Africa to the streets of American cities, died Monday at his home in Harlem. He was 76. Credit: Newsday

Several hundred people packed Abyssinian Baptist Church in Harlem on Tuesday for the funeral of Pulitzer Prize-winning Newsday journalist Les Payne, hailing him not only as a legendary African-American reporter and columnist but also as a devoted family man whose son called him “my first superhero.”

Payne, who died last week at 76, apparently of a heart attack, was saluted for his groundbreaking work in South Africa during the Soweto uprising of the 1970s and ’80s, his mentoring of a generation of younger journalists, and his devotion to racial equality.

Payne “had the intellect of [W.E.B.] Du Bois, the fearlessness of Malcolm X, and the formidable presence of Sonny Liston,” former journalist Randy Daniels, who met Payne while covering the war of liberation in Zimbabwe in the 1970s, told mourners.

“He was the conscience of the African-American people,” Daniels said. “He believed in reporting the truth, without fear or favor.”

Payne's work: From the heroin trail to incisive critique

Jamal Payne, told the crowd of 500 at the historic church where his father worshipped that “Les Payne is the very first superhero I ever knew. He is a special man.”

“I do not want my father to become a caricature of himself — an angry black columnist,” he said. “Yes, my dad is black, unapologetically black, and, yes, he wrote that column that made many uneasy. But he was not angry.”

“My dad is a five-tool journalist — writer, reporter, investigative reporter, editor, manager,” he said, as the crowd applauded. “I lost my favorite superhero last Monday, but I am comforted in knowing that he lives on in me” and in Payne’s two other adult children, Tamara and Haile.

As he finished, the crowd gave him a standing ovation.

The Rev. Calvin O. Butts III, pastor of Abyssinian, called Les Payne a “truth teller” and said the journalist deepened his faith in God as he faced death while in jail in Zimbabwe during one of his many overseas reporting trips in a career that spanned four decades at Newsday.

“He thought he was going to die,” Butts said. “He turned to God in that cell.”

Butts said Payne’s death came as a shock to his family, because it was so unexpected. But, addressing Payne’s widow, sitting in the front row, Butts said, “So Violet, don’t cry too long. You were married to a man for over 50 years who left you a legacy you can be proud of,” as the audience burst into applause.

The funeral attracted numerous former journalism colleagues of Payne’s, who praised him as a leader in the industry and someone who helped turn Newsday into a major force, winning multiple Pulitzer Prizes under Payne’s guidance.

“He’s one of the most important editors, I think, of his generation,” Roy Gutman, a former foreign editor at Newsday and the McClatchy media chain, said in an interview before the start of the funeral.

At Newsday, Payne helped to turn “a provincial, big daily newspaper into a source of international news, and breaking news,” which Gutman called “an immense achievement.”

As an investigative reporter, Payne hunted down heroin kingpins in Europe as part of Newsday’s Pulitzer Prize-winning 33-part “Heroin Trail” series in 1974. Locally, he went undercover as a migrant farmworker on eastern Long Island.

James Klurfeld, a former editor of Newsday’s editorial page who worked with Payne on the migrant series, said Payne “was a model for being a reporter. Everybody looked up to him. He did some really gutsy things over the years.”

Klurfeld said Payne’s column, which often touched on racial issues, “was very controversial on Long Island. He wanted it to be controversial, and he really cared about it.”

Many Newsday readers “hated it,” said Klurfeld, now a journalism professor at Stony Brook University. “Long Island is one of the most segregated parts of the United States. He told people what it was like on Long Island, and a lot of them didn’t like to hear it.”

The night he died in an office in the home he and his wife owned in Harlem, Payne was working on a longtime project, a biography of Malcolm X, according to his family.

Before the funeral service, Payne’s longtime literary agent, Faith Childs, and his book editor, Robert Weil, of W. W. Norton and Co. Inc., said the book is completed and will be published after some “finishing touches.”

“This was his life’s mission,” Weil said, adding that Payne had worked on it for more than three decades.