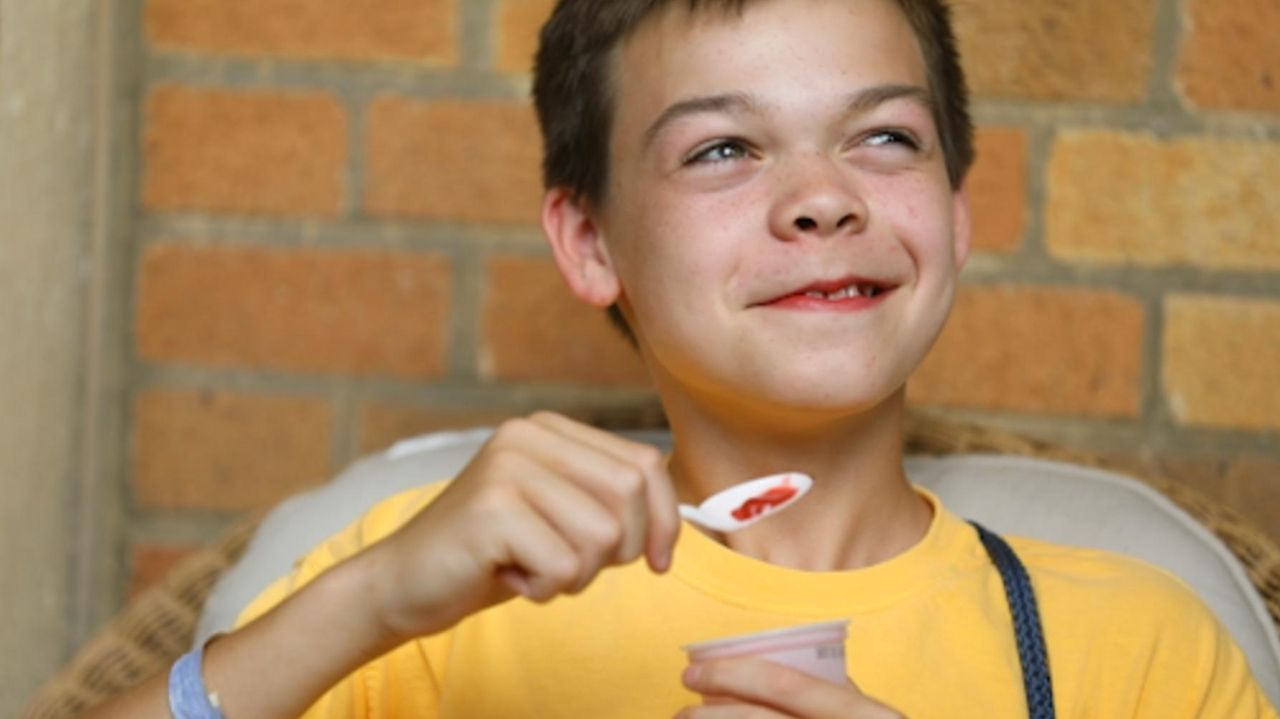 Campers played games -- and engaged in reflection and prayer -- on Wednesday, July 12, 2017, at the Seminary of the Immaculate Conception in Lloyd Harbor, a camp designed to help the teens consider religious vocations. Credit: Newsday / Raychel Brightman, Danielle Siegel

Summer camps typically involve sports, the great outdoors or science research, but one held in Huntington last week had a decidedly different focus: young people considering whether to become priests or nuns.

The Quo Vadis camp — Latin for “Where are you going?” — was a big success from the viewpoint of the Diocese of Rockville Centre. The program drew 77 teenagers, split between boys and girls. There was even a waiting list of applicants.

“This is almost a pilot year, and it’s a pilot year that exploded,” said Bishop John Barres, who organized similar gatherings for young people in the Diocese of Allentown, where he served before coming to Long Island in January after Pope Francis appointed him as bishop here.

The camp was a step toward fulfilling one of the major goals Barres has set out for the diocese — increasing vocations. He called the camp “the AAA equivalent in baseball” in terms of recruiting prospects for the Catholic church.

The response was surprising in part because the diocese started advertising about the camp fairly late, in mid-May, said the Rev. Joseph Fitzgerald, vocations director for the diocese.

It took place at the bucolic, 200-acre waterfront Seminary of the Immaculate Conception, formerly where young men studied to become priests. The seminary in Lloyd Harbor has served as a retreat center after the diocese — with its number of seminarians sharply declining — combined its seminary operations in 2012 with the Diocese of Brooklyn and the Archdiocese of New York at St. Joseph’s Seminary in Yonkers.

The teenagers spent five days and four nights at the sprawling seminary, with its 180 guest rooms. They engaged in intense reflection and prayer, in-depth group discussions, and less cerebral activities such as roasting marshmallows or participating in a “Messy Olympics” complete with a mud pit.

The idea was to make the camp both inspiring and fun for teenagers, Fitzgerald said.

“One minute we are having a conversation about what it means to be a beloved son or a beloved daughter of God and how to serve the church, maybe one day as a priest or a religious [sister],” Fitzgerald said. “One minute we’re talking about holy matrimony, and the next thing you know we are running in a mud pit.”

Assisting at the camp were seminarians, recently ordained priests and young nuns, serving as role models for the teenagers.

The campers could look to them, Barres said, and might think, “These people are just a few years older than me, this could actually happen.”

The teenagers, mostly 14 to 18, came from a variety of backgrounds: some regular churchgoers, others who rarely attend Mass. Catholic schools and public schools. African-Americans, Latinos, Asians and Caucasions.

One of them, Sean Rorke, 15, an incoming sophomore at Hauppauge High School, said it was the third such camp he has attended. He has gone to similar gatherings in Florida and upstate.

“It just seemed like something right up my alley,” he said on Wednesday, the next-to-last day of the camp. “It’s gone really well. I feel like I’ve grown in my faith a lot more.”

Asked if he thinks he might become a priest someday, he said: “If that is what I’m called to do, then I’ll do it.”

The camp cost $150, with scholarships available to those of limited means.

Barres ran the same program in Allentown for three summers and said it was successful: Several campers later entered the seminary.

“I’ve seen great things happen through it,” he said. “I find it to be a beautiful intergenerational experience because the young people are so open.”

While the camp is aimed at helping young people explore the possibility of religious life, it also openly looks at married life as a good, and even likely, eventual outcome for many of the teenagers.

“A sacred marriage is what most of these kids will be called to,” said Rosemary Sullivan, executive director of the National Conference of Diocesan Vocations Directors and an organizer of the camp.

One afternoon, for instance, a now-married Catholic man who previously had considered becoming a priest spoke to the boys about his decision.

Another aspect of the camp was its low-tech approach. The campers were required to turn in their cellphones when they arrived on July 9, and were permitted to use them no more than 20 minutes a day.

Barres said many campers report that the most memorable parts of the experience are the silent prayers before the devotional Blessed Sacrament.

“That’s a powerful thing in a culture bombarded by noise,” he said. “It’s powerful that young people are attracted to the silence, and making the sacrifice of giving up their cellphone for a little time.”

He is hopeful the camp will help boost vocations. The large turnout is “a sign that the spirit is stirring and moving and inspiring,” he said. “It’s quite beautiful.”