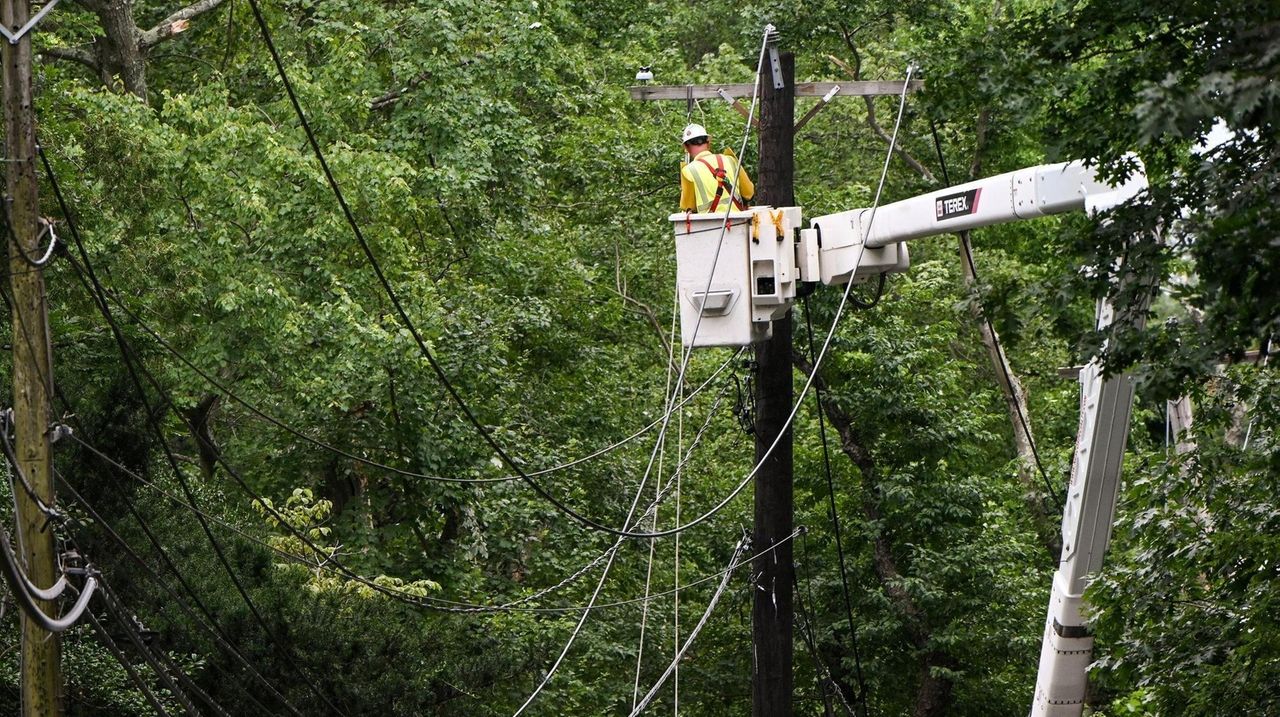 Newsday's Faith Jessie speaks with energy reporter, Mark Harrington, about the agreement reached on Sunday by LIPA to continue with PSEG after months of publicly mulling alternatives. Credit: Zoom

Long Island lawmakers and energy activists are taking a chapter from LIPA’s criticism of PSEG over the past 10 months and turning it on LIPA itself after the authority on Sunday said it reached an agreement to continue with PSEG after months of publicly mulling alternatives.

One lawmaker blasted the deal as "another deception," while another called it a "ominous" as summer storms loom. An activist said the news made her "sick," and has her coalition mulling a push for legislation to make LIPA the fully public utility it was supposed to be.

LIPA in the past year has sued, publicly eviscerated and even sent a letter attempting to terminate the PSEG’s contract. But it sent heads spinning Sunday when it announced its decision to accept a new and improved PSEG contract. The deal, if approved, would grant LIPA substantially all its demands for system repairs, management staffing, Long Island autonomy and accountability from PSEG following PSEG’s failures during Tropical Storm Isaias.

The proposed agreement, which is still being drawn up and could be voted on by LIPA trustees in August, also would put more of PSEG’s $78 million annual management fee "at risk" by reducing its pay by upward of $40 million for failure to meet performance metrics. It also eliminates an effectively automatic renewal of contract for eight years after it ends in 2025.

But all that wasn’t enough to quell longtime LIPA critics, who suspected the hand of Gov. Andrew M. Cuomo, who controls the LIPA board, behind the hastily announced deal. It was Cuomo’s administration that handed a bigger contract to PSEG in 2012 as part of his LIPA Reform Act. PSEG took over management of the Long Island grid from National Grid in 2014.

"The apparent manipulation of this issue from an invisible puppet master has an alienating effect, it turns people off," said Assemb. Steve Englebright (D-Setauket), of the unconfirmed involvement of the governor in facilitating the deal.

Now, said Englebright, he will work with other Long Island lawmakers to hold a public session to get to the bottom of how this deal was reached, and to get the fully public option back on track.

Shorter term, Englebright said the "hazard index" for Long Island and storm responsiveness remains high because of "aggressive storm events that are now the norm." LIPA as recently as last week expressed concerns about PSEG’s ability to respond to storms and criticized its use of an outdated computer system to help in outage management.

"That is ominous," Englebright said. "I think the public is still in harm’s way."

Cuomo's office didn't immediately provide a comment in response to criticism of the deal.

LIPA in a statement said it conducted the process with "unprecedented transparency," and noted that its management "ultimately delivered on a contract" that was the "strongest" in its history and which "met all eight of the board’s publicly stated criteria for a reformed contract."

The new agreement, LIPA said, "establishes a sound framework to help recalibrate and strengthen the relationship between LIPA and PSEG" through "improved oversight, enhanced accountability, and more efficient operations."

PSEG president and chief operating officer Dan Eichhorn, in a statement, said, the company is "pleased that LIPA has made the best choice for our customers in retaining us as service provider."

Critics of the deal were quick to weigh in against it. Assemb. Fred Thiele (I-Sag Harbor) on Monday issued a statement criticizing the closed-door negotiations that brought about the LIPA-PSEG agreement, calling it "another betrayal of LIPA ratepayers," and urging the LIPA board to reject it in favor of public power.

"We were told we would be part of the final process. That simply didn’t occur," Thiele said Tuesday, calling the process "outrageously deceptive."

"This [contract agreement] was a bolt of lightning and suddenly all other options were off the table," he said.

State Sen. Jim Gaughran (D-Northport) raised questions about the timing of the PSEG deal just after the end of the 2021 legislative session. He and other lawmakers had been working on bills to amend the LIPA Act to include substantially more accountability and oversight. And while Gaughan got two LIPA bills through the State Legislature, a broader reform planned for this session was held up.

"We were going to put in legislation to totally reform LIPA and make it more transparent, provide more oversight, and deal with the issue of PSEG, but they [LIPA officials] kept saying they were working on a proposal too" and lobbying against broader reform, said Gaughran. Then, "they dropped this [PSEG deal] when the legislature was out of session. I think they deceived the legislature."

Gaughran said he’s "not giving up" on broader reform, with plans to speak to other legislators about possible hearings and plans for full reform, and possible management changes at LIPA in the next session in January.

Lisa Tyson, executive director of the Long Island Progressive Coalition, which had been a major advocate for making LIPA a fully public utility, said she was "sick" over the news, but said it confirmed hints from some that a reformed deal with PSEG is what the governor ultimately wanted all along. "I just happened so quickly it was terrifying," she said.

Now, her coalition and its long list of supporters will consider whether to advocate in the legislature for the fully public option.

Brookhaven Town Supervisor Edward Romaine said LIPA’s bitter criticism of PSEG over the past 10 months has proven instructive for him in his dealings with LIPA in the future. "Obviously when LIPA speaks about PSEG we know now absolutely not to hold our breath because it’s all" not true, he said.

"I’m disappointed about the fact that the [fully public option] did not get the serious consideration it deserved," he said. "Obviously the public option was widely supported on Long Island, and it seemed LIPA and its board were going to give it a fair shot. That appears now not to be the case."

LIPA’s acting chairman Mark Fischl said he too had supported a fully municipal LIPA, but said that in the absence of it taking place immediately, the new contract "I really do believe takes us much closer to a municipal utility."

"While I don’t love it, the [proposed contract] gives us the ability to keep their feet to the fire and municipalize if they don’t perform," Fischl said.

LIPA, PSEG reach terms on new contractThe pact would require PSEG to meet a list of LIPA demands for service improvements and accountability, while subjecting PSEG to lower pay for failing to meet terms. PSEG running 'out-of-date' software on 'antiquated' hardware, report saysA new task force report says PSEG's use of an older outage computer system is a setback as this year's storm season gets under way. LIPA: Customers face 'considerable risk' as storm season approachesLIPA wants PSEG, which operates the Long Island grid under an $80 million-a-year contract, to conduct another test of all the systems at once, during regular business hours. LIPA report details PSEG LI's failures in Isaias storm responseOfficials knew they had computer problems before the storm, but a combination of "mismanagement" and the lack of the autonomy from its New Jersey parent stifled their ability to fix them — even to this day, according to the report.