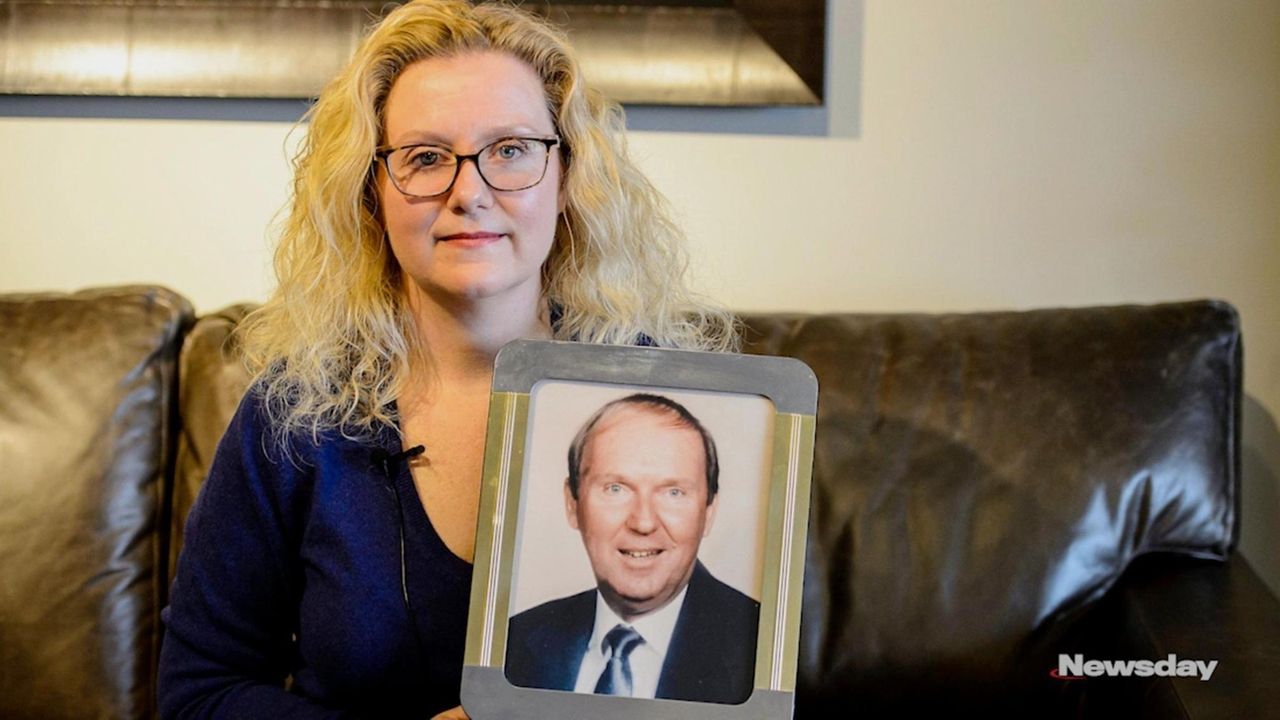 Kara Gorycki, whose father James Gorycki was among several people killed when Colin Ferguson opened fire on an LIRR train in December 1993, speaks out about the tragedy Credit: Jeff Bachner

Twenty-five years after her father was among the six people gunned down on a Long Island Rail Road train, Kara Gorycki called her feelings about the tragedy, her father and the man who took him from her as "indescribable."

James Gorycki, 51, was a traveling salesman who was a new commuter on the LIRR.

“Just the pain of talking about what actually happened to him was debilitating at times,” Gorycki, 43, said. “I think that I always had good memories about my dad, but I had a lot of regret, because he was gone and there was a lot of living for both of us to do in our relationship that was cut short.”

Unlike other victims’ relatives, including her stepmother Joyce Gorycki — a vocal gun control advocate — Kara Gorycki had until now refused media interviews. She was away at Holy Cross college in Worcester, Massachusetts, when she was called into the dean’s office the morning after the shootings and learned the news.

“It’s really indescribable,” she said. “You feel like you’re getting kicked in the stomach.”

Gorycki said she last saw her dad over Thanksgiving weekend in 1993 — two weeks before his murder. Following a childhood that included regular weekend trips to McDonald's and the movies with her dad, Gorycki said their relationship was just beginning to evolve as she grew into a young woman.

“We really started to develop a closeness that you would want to have with your dad as I got older. That was something that was taken away,” said Gorycki, who described her father as a “man of integrity” and a devoted Catholic. She keeps his communion prayer book on a display case alongside photos and other mementos of her father.

He was also a new commuter, having just begun riding the LIRR to a new office assignment in Manhattan four months before the Dec. 7, 1993, mass shooting. “He did have some trepidation about it,” she recalled. “He was a very nervous guy.”

As for Colin Ferguson, who was convicted of her father's murder and is serving a 315-year prison sentence, Gorycki admitted to occasionally visiting the State Department of Corrections website "to check and make sure he’s still there." But, by and large, she said she doesn't "spend that much energy thinking about him, because I don’t think it’s a good place to dwell.”

Gorycki said she can’t help but think of Ferguson, and of her father, every time news breaks of another mass shooting. Although she prefers to remain apolitical on the topic of gun control, Gorycki said she wishes someone would have intervened in Ferguson’s mental health struggles “before he took such damaging steps to harm so many people.”

“It seems like yesterday. The feelings of loss from, specifically, an act of gun violence — they don’t go away,” Gorycki said. “There’s always a wound that doesn’t heal.”

Experts: LIRR still vulnerable to mass shootingsAs he did most days, Andy Roderick was waiting at the platform of the Merillon ... 25 years later, Carolyn McCarthy reflects on LIRR shootingTwenty-five years later, the former congresswoman looks back at the Long Island Rail Road tragedy that took her husband and spurred her activism. Editorial: When the mass shooting was on LIWhat Colin Ferguson did on Dec. 7, 1993, stunned New Yorkers and the nation for years. It was a heartbreaking and sensational tragedy. Scenes from the 1993 LIRR shooting and its aftermathA gunman opened fire in a Long Island Rail Road car on Dec. 7, 1993, killing six commuters and injuring 19 others before he was tackled by passengers as he reloaded. The shooting sparked the political career of Rep. Carolyn McCarthy, whose husband was killed and son injured. She continually pushed for stricter gun control during her 18 years in office. The gunman, Colin Ferguson, 35, of Jamaica, Queens, was convicted in 1995 of the six murders and sentenced to 315 years in prison.