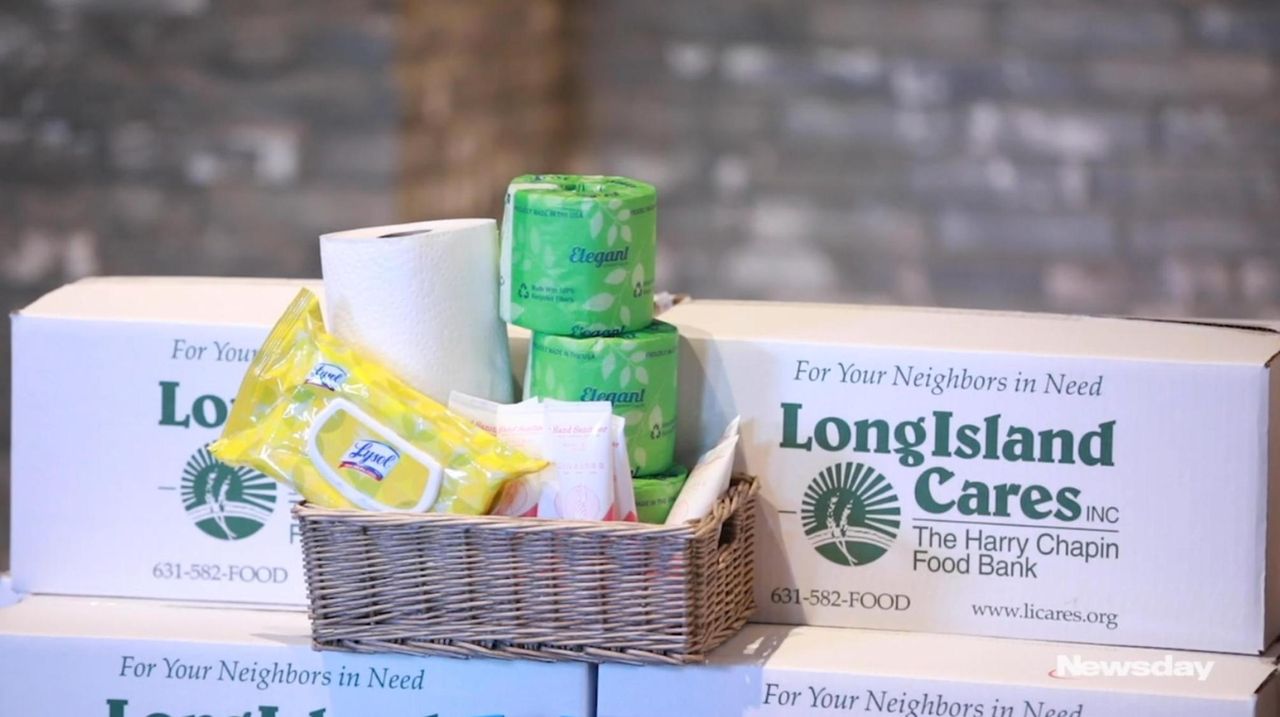 Long Island Cares will be donating food kits to Long Islanders who work in the entertainment and music industries. Credit: Newsday / Reece Williams

Long Island Cares Inc., the charity founded in 1980 by singer-songwriter Harry Chapin, on Tuesday announced a collaboration with Long Island concert venues and theaters "to ensure local musicians, performers, actors, stagehands, and others in the music and entertainment industry" receive emergency food assistance and support needed because of closures and job losses from the pandemic.

Describing how the economic fallout caused by the COVID-19 pandemic continues "to negatively impact" industries across Long Island, Long Island Cares / The Harry Chapin Food Bank officials said the organization established a Music Industry Council, comprised of members of the music and entertainment industries on Long Island, and created the "Music Box" program with the goal of handing out pre-packed food boxes to residents in those industries and venues in Nassau and Suffolk counties.

"Musicians, actors, entertainers, performers, stagehands, that industry has been left behind for over a year now," Pachter said, adding that even as music and entertainment venues begin to reopen across Long Island it "will take at least another six to eight months for people to get back to where they were prior to March 2020."

What the "Music Box" solution offers, Pachter said, is about five to seven days of food for those in need, but also personal-care products and even pet food if those items are needed. All recipients need to do is call Long Island Cares at 631-582-FOOD, Pachter said, and arrangements will be made for a pickup at any of the following venues: Mulcahy's Concert Hall & Pub at 323 Railroad Ave., Wantagh; The Patchogue Theatre for the Performing Arts, 71 East Main St., Patchogue; the John W. Engeman Theatre, 250 Main St., Northport; and, Looney Tunes Records, 31 Brookvale Ave., West Babylon.

The organization said it had distributed "almost 17 million pounds of food" over the past year, but had seen an increase in food insecurity of more than 51% on Long Island during that time.

Long Island Cares was founded by Chapin, whose humanitarian work was aimed at ending world hunger, to help people who are food insecure.

He was a key figure in the 1977 creation of the Presidential Commission on World Hunger, under then-President Jimmy Carter, and proved the inspiration for a number of anti-hunger projects, such as USA for Africa and Hands Across America, organized by his manager after his death.

Chapin, whose hits included "Taxi," "Cat's in the Cradle" and "W.O.L.D.," was killed in a fiery July 16, 1981, car crash with a tractor trailer on the Long Island Expressway in Jericho as he headed to a performance at Eisenhower Park.

In 1987, Chapin was posthumously awarded the Congressional Gold Medal for his humanitarian work and the Hauppaugue-based Long Island Cares has grown exponentially since. It annually provides tons of food and supplies to nearly 400 member agencies in Nassau and Suffolk counties, according to its website.

Bethpage Air Show ticket sales resume after website breaks
Atlantic Beach thrives on a sense of community
0:22
Cops: High school teacher had sex with student
0:47
Calls for Schumer to do more to help citizenship efforts
Smithtown to tally up its trees
1:44
Officials on LI and NYC preparing for possible protests following Chauvin verdict
Didn’t find what you were looking for?