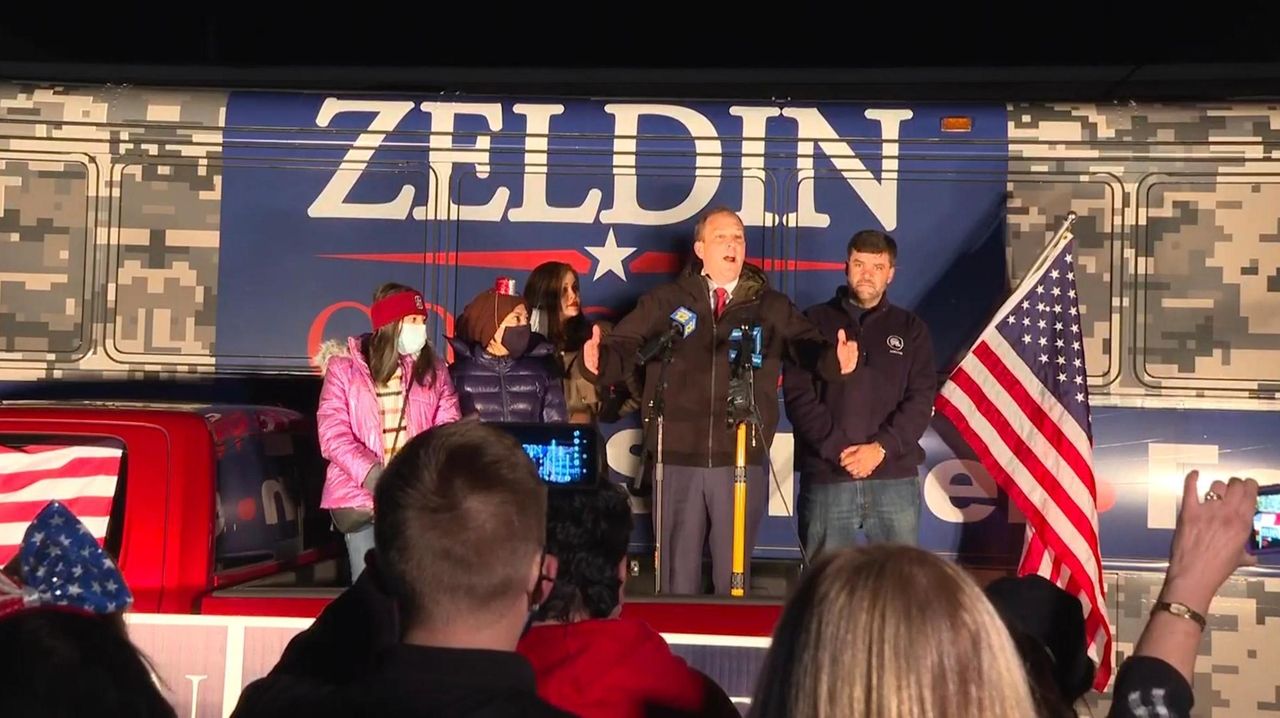 Rep. Lee Zeldin (R-Shirley) claimed victory Wednesday over Democrat Nancy Goroff, a Stony Brook University scientist, in the 1st Congressional District race. Unofficial vote tallies showed Zeldin had 176,317, or 61% of the votes, compared to Goroff's 111,188, or 39%, with all but three election districts reporting, according to the Suffolk Board of Elections. Newsday's Chelsea Irizarry has more on this story. Credit: Newsday / Raychel Brightman

U.S. House of Representative races in the 1st and 2nd Congressional districts were still in play early Wednesday morning, with Republicans in the lead, aiming to thwart the efforts of first-time Democratic candidates threatening to take both seats.

As of 1 a.m. Wednesday, incumbent Rep. Lee Zeldin (R-Shirley) led Democrat Nancy Goroff, a Stony Brook University scientist, in the 1st District covering central and eastern Suffolk County. Unofficial vote tallies showed Zeldin had 176,317, or 61% of the votes, compared to Goroff's 111,188, or 39%, with all but three election districts reporting, according to the Suffolk Board of Elections.

Zeldin, 40, is seeking his fourth term and has been a vocal defender of President Donald Trump, touting his ties to the White House. Though he didn't outright declare himself the winner, he said in a statement early Wednesday morning: "I am deeply honored and humbled that the families of Long Island have entrusted me to continue representing our great Congressional District."

Goroff, 52, a chemist and professor at Stony Brook, has denounced Trump and called the president's handling of the pandemic "incompetent," and has not conceded the race. Goroff campaign manager Jacob Sarkozi said in a statement early Wednesday that, "With tens of thousands of ballots left to be opened, we owe it to voters that every single one be counted."

As of Monday, there were at least 31,097 absentee ballots from registered Democrats and 14,837 from registered Republicans still to be counted in the Zeldin-Goroff race, according to data from the Suffolk County Board of Elections.

As of 1 a.m., unofficial numbers showed Garbarino had 98,234, or 54%, compared to Gordon's 83,045, or 45%, according to the Suffolk Board of Elections, reporting all but 10 election districts. Green Party candidate Harry Burger received 1% of the vote.

Garbarino, 36, an attorney who lives in Bayport, opposed the state bail reform law and has the backing of the Island's powerful police unions. Gordon, 55, of Copiague, a former U.S. Army combat veteran and public school teacher, supports the Affordable Care Act, which congressional Republicans want to repeal.

"We viewed Election Day as the Super Bowl and we did our job," Suffolk Republican chairman Jesse Garcia said. "Our game plan was to get a plurality past the absentee ballots."

But Suffolk Democratic chairman Rich Schaffer on Wednesday morning said he did not want to comment on results until all of the absentee ballots are counted.

"I don't think it's appropriate to declare anything until all 80,000 absentee ballots are counted," Schaffer said.

Each candidate put forth to voters their parties' cornerstone issues. But all four have said if elected to Congress they would lobby for more federal pandemic assistance to Long Island businesses and local governments.

In the 1st District, Republicans raised more money, while the reverse was true for the 2nd District. 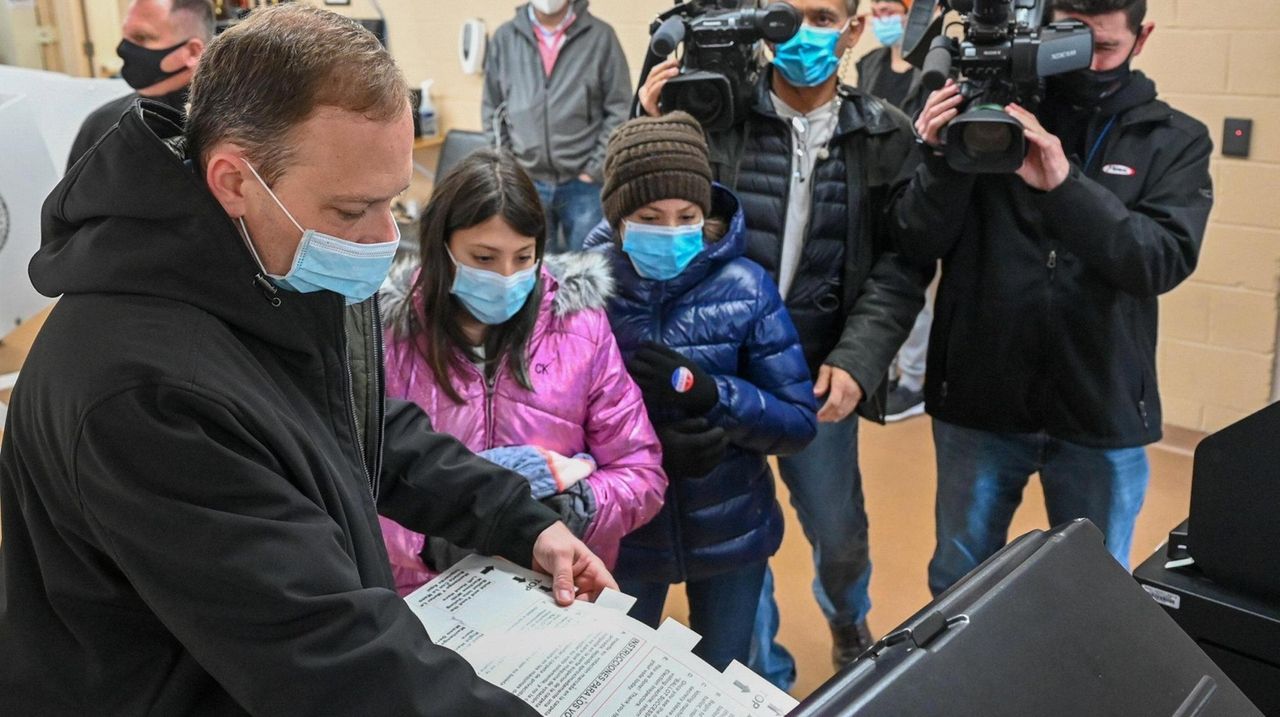 Republicans and Democrats say they believed these two House races would closely track the presidential race.

"Both sides [Republican and Democrat] presented clear agendas, a lot of enthusiasm and very animated races that caught a lot of people's attention, and that benefits all of us," Schaffer said.

Nassau and state Democratic chairman Jay Jacobs said Tuesday that "there are no runaways in any of these competitive races," although he believes Democrats will have the advantage when absentee ballots are considered.

Democrats outnumber Republicans in the 2nd, 164,059 to 151,993. There also are 118,382 voters not affiliated with any political party, 17,500 Independence Party members and 8,405 Conservatives, according to state Board of Elections data.

Before the polls closed, Garbarino spokesman Russ Schriefer said the campaign is "confident that our pro-law enforcement, and anti-tax hike message will lead to Andrew Garbarino's election when all votes have been counted."

Speaking at a Zoom gathering late Tuesday, Gordon said, "I got a feeling — that tonight’s gonna be a good night."