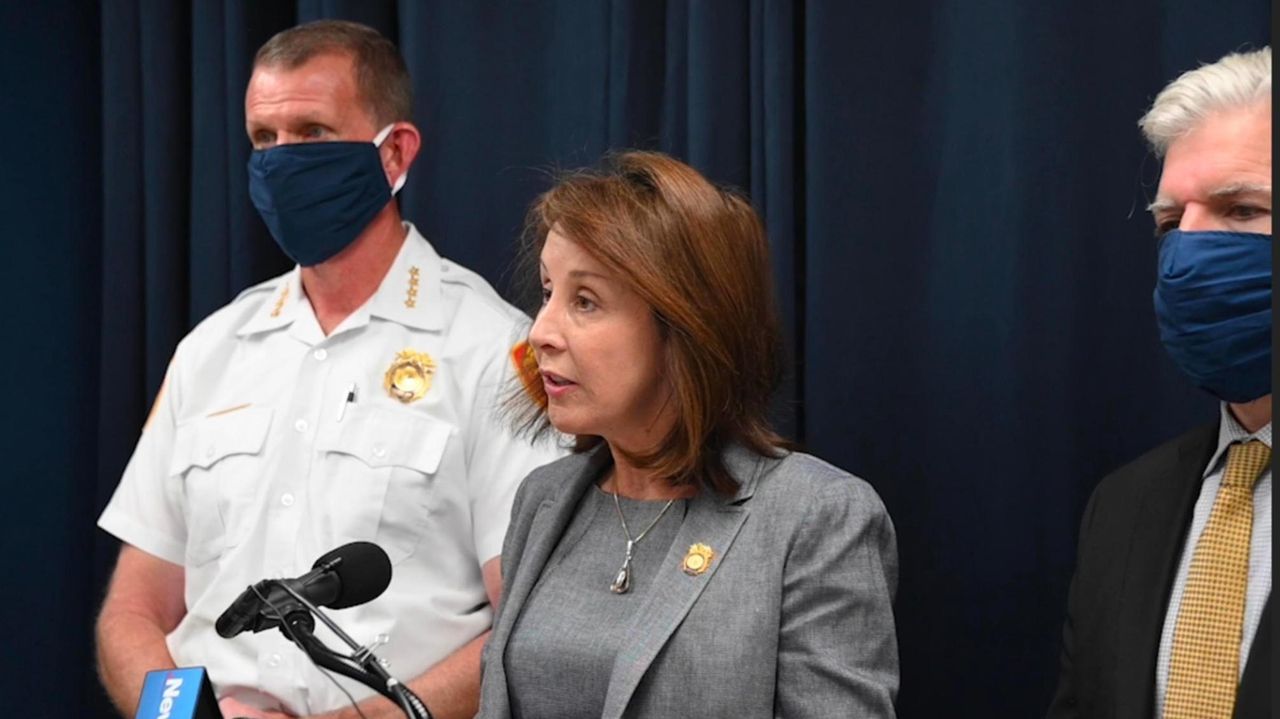 Nassau and Suffolk County officials said most of their crime numbers for the first half of 2020 are down, except for commercial robberies and car thefts which were up. Credit: James Carbone; Zoom

Violent crime fell across Long Island during the first half of 2020 but commercial burglaries skyrocketed in Nassau and Suffolk counties because businesses closed by coronavirus pandemic became targets, officials said.

Officials reported this week that overall major crime dropped 7.78% in Nassau and 1.7% in Suffolk County during the first half of 2020 compared to the first six months of last year.

"The cops never laid down during the COVID-19 pandemic," Nassau County Police Commissioner Patrick Ryder said in an interview Monday. "Our overall crime number, we’ve had record-low reductions in the last 12 years. We have constantly gone down every year."

Suffolk County Police Commissioner Geraldine Hart said her department worked hard to improve on the numbers despite a pandemic.

"This year more than any other has presented enormous challenges for all of us and our department is no exception," Hart said Tuesday morning during a news conference in Yaphank to unveil the newest crime statistics. "While maintaining record-setting numbers for 2019 would have been a success, we were not complacent." The counties include murder, rape, robbery, assault, burglary, stolen vehicles and grand larceny among major crimes.

Hart and Ryder said their police departments have been able to keep crime down in part by analyzing data and shifting resources to where they are needed.

"When you hit records, records either go one way, up or down, and they usually go up," Ryder said. "You can’t sustain that number all of the time. But we were able to do that."

Residential burglaries fell 26% in Suffolk County during the first half of the year, from 269 in 2019 to 199 during the same period in 2020. Officials in Suffolk concluded the reduction was partly due to the fact more people were confined to their homes during the pandemic, keeping burglars away.

Commercial burglaries spiked sharply during the first half of 2020, officials said, because so many businesses and offices were shut down during the worst months of the coronavirus pandemic. Hart said COVID-19 restrictions "presented opportunities for criminals."

"When COVID hit, everybody stayed at home and nobody was in the businesses," Ryder said.

Hart said the department had beefed up foot and car patrols in business districts to combat the rise in commercial burglaries.

Ryder blamed the spike on the bail reform bill enacted earlier this year for the rise in commercial burglaries. He said burglars who may have been arrested and detained in the past were free to commit additional crimes earlier this year.

Suffolk County Executive Steve Bellone warned the gains made in fighting crime could be wiped out if Suffolk and other local governments do not receive federal disaster aid soon.

Bellone said Tuesday that the county lost billions of dollars in revenue when the economy was shut down as a result of the coronavirus pandemic and that he will have to cut $20 million from the Suffolk police budget next year without federal assistance.

"That failure is resulting in devastating cuts that in effect defund police, defund public safety, and public health, defund suburbia," Bellone said. "It is wrong and it is unacceptable."