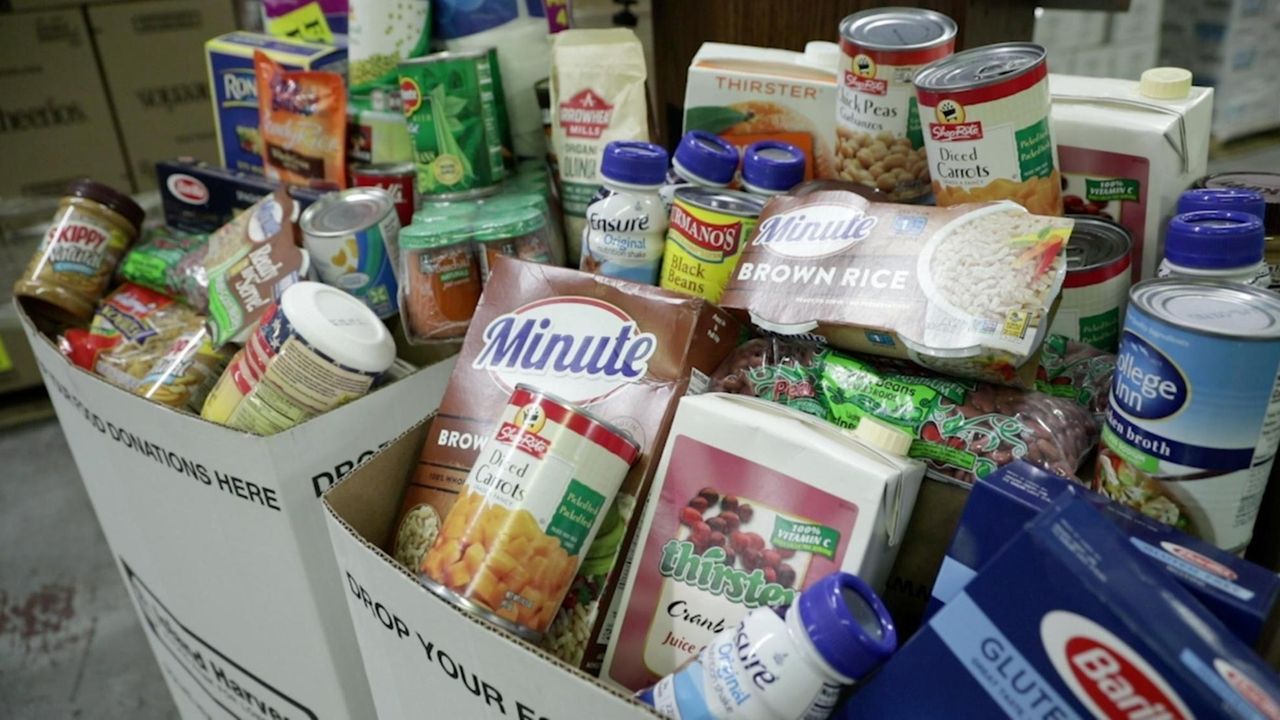 Federal employees on Long Island affected by the government shutdown learned Thursday that relief is on the way in the form of donated food, infusions of much-needed cash and extended deadlines for utility bills.

The efforts come as the shutdown entered its record 27th day Thursday, prompting some Long Island elected leaders to urge the State Senate and Gov. Andrew M. Cuomo to act on an Assembly-approved bill that would allow local governments and school districts to extend property tax deadlines for furloughed federal workers.

"This shutdown has become a terrible burden to so many of our neighbors on Long Island," said Randi Shubin Dresner, president and chief executive officer of the Hauppauge-based food bank Island Harvest. “So many don’t have enough savings to get through this period of time.”

Dresner hosted leaders of nonprofit groups, along with government and business officials, Thursday at Island Harvest, where they laid out plans aimed at helping federal workers either furloughed or working without pay since the shutdown began Dec. 22.

American Portfolio, a financial services firm in Ronkonkoma, has donated $25,000 to Long Island Cares to assist government employees affected by the shutdown, said Paule T. Pachter, CEO of Long Island Cares. The nonprofit has already helped 32 furloughed workers and their families, who are receiving weekly assistance at one of the agency's three satellite offices until the shutdown ends, he said.

The Connecticut-based Coast Guard Foundation nonprofit said Thursday it had collected $250,000 for distribution to furloughed Coast Guard members and their families, including several hundred on Long Island. The head of the Coast Guard, Adm. Karl L. Schultz, said in a statement Thursday it's the first time in the nation's history that members of the U.S. armed forces "have not been paid during a lapse in government appropriations."

Suffolk and Nassau social services officials said they  were speeding up the process of getting food and other assistance to affected federal employees.

About 800,000 workers nationwide are caught in the middle of the impasse between President Donald Trump and the Democrat-controlled U.S. House of Representatives over $5.7 billion to build a wall on the U.S.-Mexico border.  A little more than half, about 420,000, are still on the job, the majority without pay. The others are on furlough.

In New York State, 16,000 of the 51,000 federal workers are on furlough, the office of Senate Minority Leader Chuck Schumer, a Democrat who opposes the wall, said last week. A Schumer spokesman did not know how many of the state’s employees were on the job without pay.

Hempstead Town officials and a state assemblyman are pushing for the State Senate and Cuomo to act on the Assembly bill, passed Tuesday, that allows municipalities to pass resolutions to extend the property tax deadline for federal workers past Feb. 11. At a meeting Thursday, town officials, joined by Assemb. Ed Ra (R-Franklin Square), announced their plans to extend Hempstead's deadline if the Senate approves the measure and Cuomo signs it into the law.

The extension would be in effect until 90 days after the shutdown ends, said Assembly Speaker Carl Heastie (D-Bronx) in a statement Tuesday, and anyone who took the extension wouldn't face penalties or interest.

"Allowing our federal employees to postpone this payment until after the government reopens will allow them to focus on the basics, like groceries, lifesaving medication and taking care of their families," Heastie said.

Meanwhile, Long Island leaders told stories Thursday of local federal workers struggling to pay bills and worrying about how they will feed their families.

At the Hempstead meeting, they talked of federal customs, prison and airport workers working without pay and being unable to pay tax and credit card bills.

“There are hundreds of thousands of government employees who are not receiving their paychecks,” Hempstead Receiver of Taxes Don Clavin said. “We pay a fortune in property taxes on Long Island, but the last thing we need is to have men and women, with nothing to do with this silly shutdown, get caught up in it and face mounting penalties.”

At the news conference at Island Harvest, Dresner said one long-time employee of the IRS arrived at the food bank because she was running out of money.

Utility companies are extending a helping hand, as well.

PSEG Long Island is offering a grace period of up to 60 days for federal workers who meet the criteria for acute hardship, spokeswoman Elizabeth Flagler said.

Officials with the Suffolk County Water Authority said they will waive all penalties and not disconnect customers who are federal employees, either furloughed workers or those on job but not being paid, if they can verify their employment — and the relief will last until the shutdown ends.

The shutdown could have an effect on others in need who aren't federal employees. The United Way of Long Island administers a federally funded Emergency Food and Shelter Program, which allocated $1.108 million from Feb. 1, 2018, to April 30, 2019, that is divided among 16 participating agencies in Nassau and Suffolk counties, including the Salvation Army and Catholic Charities, said Devera Lynn, spokeswoman for the United Way of Long Island, which is based in Deer Park.

The 16 agencies receive their respective grants from the Emergency Food and Shelter Program in two payments during the year, she said.

“This really could have a ripple effect,” she said.

Between October 2016 and January 2018, 261,765 clients received assistance through the Emergency Food and Shelter Program, Lynn said. The most recent program client numbers are not available yet.

Cuomo has directed state agencies to provide support for furloughed federal workers. He called for the  state Department of Labor to provide increased support for workers seeking unemployment insurance benefits. The governor also ordered the state's Office of Temporary and Disability Assistance to help those working without pay apply for and obtain public assistance benefits.

"It is unconscionable that the President is holding hostage the wages and livelihoods of hard-working Americans in an attempt to advance his hateful and regressive political agenda," Cuomo said in a statement Thursday.

The shutdown's effects extend to Long Islanders in need, whether or not they work for the federal government, social services officials in Nassau and Suffolk said Thursday.

"The ongoing political disparities in the federal government are beginning to trickle down and have a very serious impact for the everyday working man and working woman and for families," said John Imhof, commissioner of Nassau County Department of Social Services.

“I know the controversy over a wall continues to grow and yet if this shutdown continues there is another wall that is growing," Imhof said. "And that is the wall that is coming between working people and their ability to get food, with food being on the other side of that wall."

Petty Officer Steven Strohmaier, a Coast Guard spokesman for the metropolitan area, said the Guard is grateful for the help organizations including the Red Cross and individuals are offering.

“It’s obviously a strain on all individuals," he said of the shutdown.

Though many in the Coast Guard and related civilian employees are furloughed, the armed forces branch charged with securing the nation's shores is continuing its operations, Strohmaier said.

"We are still going," he said, "protecting life and property and national security."

With John Asbury and Tory Parrish

Federal workers taking a hit because of the partial government shutdown can get help from Long Island charities, businesses and other groups. Four ways: