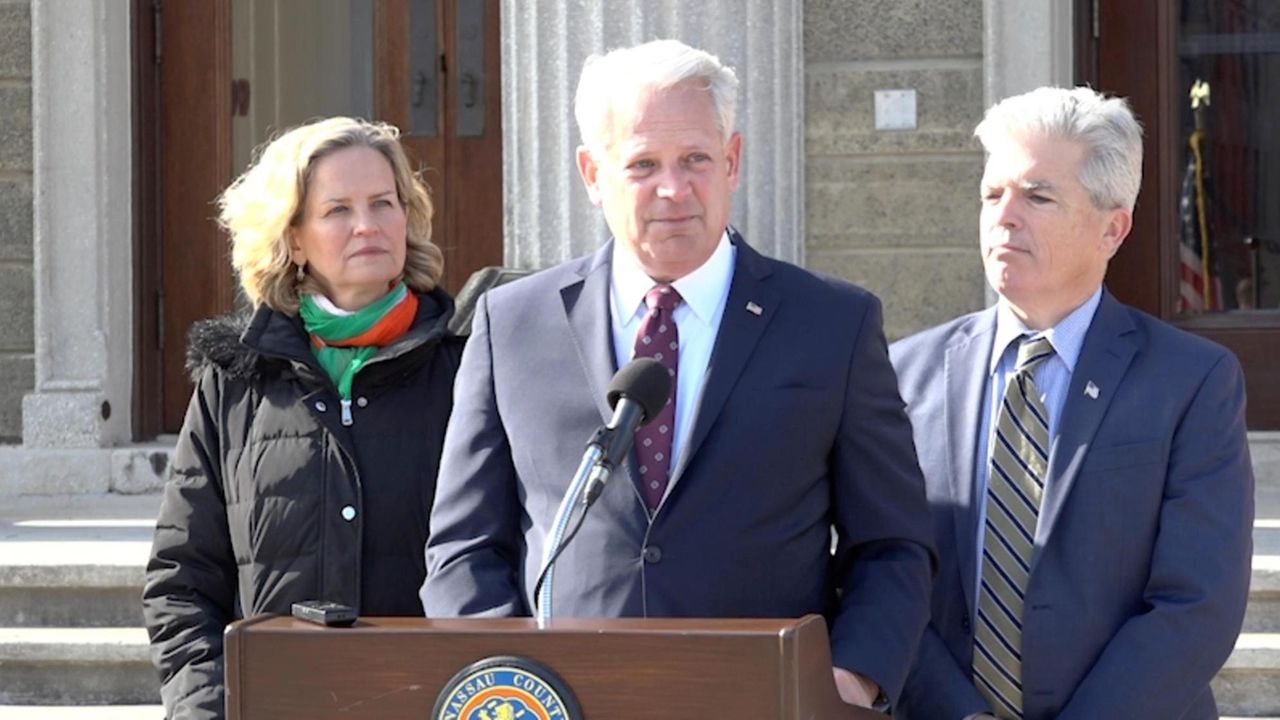 Former congressman Steve Israel will advise both Long Island counties in a working group formed to coordinate resources for federal workers who weren't paid during the government’s 35-day partial shutdown — and future shutdowns, too.

Nassau County Executive Laura Curran and Suffolk County Executive Steve Bellone said that Israel, a fellow Democrat who served 16 years in the U.S. House of Representatives, will lead a bicounty working group examining the local impact of the shutdown.

"Right now, everybody is doing something to help furloughed employees," the 61-year-old ex-politician said. "The problem is that not everybody knows what anybody else is doing."

Israel said the group would focus on cutting through red tape. He said he would gather government representatives at all levels with charities and social-service agencies to streamline the process of helping workers now and if this happens again.

The task force came together hours before President Donald Trump announced a deal reached with congressional leaders to reopen the federal government for three weeks. The deal does not immediately meet Trump's demand for $5.7 billion to pay for a border wall with Mexico, but it restores money for shuttered federal agencies while negotiations continue.

Israel's group will focus on coordinating the nonprofits to help the federal workers and the poor whenever the government shuts down, Bellone spokesman Jason Elan said early Friday morning.

The county executives made the appointment at an event at the Theodore Roosevelt Legislative and Executive Building in Mineola, the seat of Nassau County.

"We can no longer just simply sit back and rely on the federal government to do what they’re supposed to do on a daily basis," Bellone said.

Curran on Friday also announced the county would open its veterans food pantry in East Meadow to federal workers, who need only show ID for access.

Israel said he suggested creating the working group and that his appointment will be unpaid.

The composition of the group hasn't yet been determined but will likely include charities such as Long Island Cares, he said.

Israel said he wants to assess how many people need help and what kind.

For example, Elan cited worried calls from struggling users of the county's Suffolk County Accessible Transportation buses, which serve disabled riders unable to use regular transit. The callers, government workers who commute on the buses to jobs at the Internal Revenue Service, can't afford the $4 fare.

The shutdown, which began Dec. 22, cost the Island’s economy millions of dollars per week in lost consumer spending by federal workers because many aren’t getting paid, according to an estimate by the Long Island Association, the region’s largest business group. The association estimates the full weekly payroll of local residents employed by the federal government is as much as $28 million.

In retirement from the House, Israel, of Oyster Bay, has been a book author and chairman of the Global Institute at Long Island University, where he teaches, writes and hosts events about foreign policy and national security.