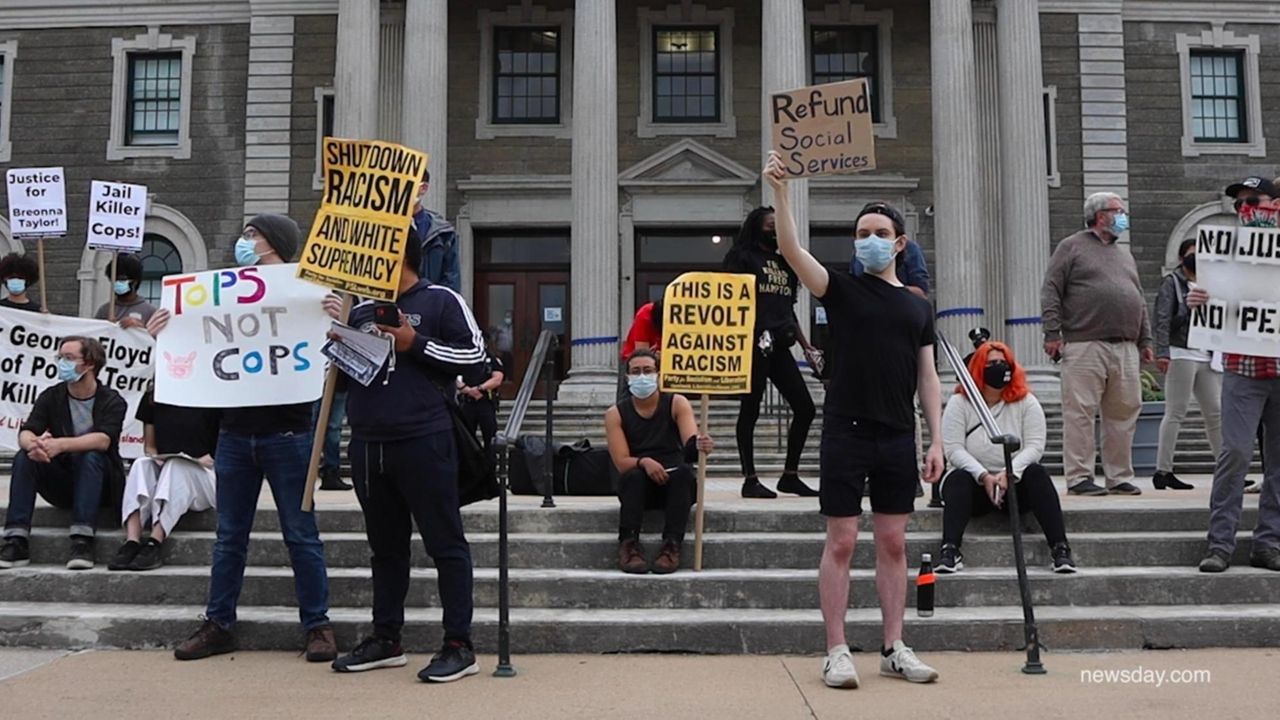 Protesters marched in Mineola on Thursday, demanding justice for Breonna Taylor, after a grand jury decided not to indict two Louisville police officers in her death. The protest was peaceful, with dozens in attendance. Newsday's Cecilia Dowd has the story.      Credit: Howard Schnapp; Photos courtesy of AP

This story was reported by John Asbury, Matthew Chayes, Antonio Planas and Nicholas Spangler. It was written by Spangler.

Demonstrators gathered on Long Island Thursday and for a second day in New York City to protest a decision in Kentucky to bring no charges against the Louisville cops in the shooting death of Breonna Taylor during a bungled raid.

At the Nassau County Legislative building in Mineola, protesters chanted Taylor’s name. At East Islip High School, the site of a nighttime candlelight vigil for Taylor, some in attendance criticized the decision by a grand jury while others saw it as evidence of "Black lives not mattering."

In Brooklyn, the site of so many summer protests of police brutality, demonstrators gathered in a park to decry the decision and demand the police officers in Louisville face prosecution for Taylor's death.

Jennifer Capotorto, 40, of Commack, among those gathered at the Nassau legislative building echoed that sentiment. She said not charging the officers for killing Taylor was "a failure of justice. … They need to upgrade the charges. They need to serve justice."

Capotorto, who attended the protest with her two young children, added: "People need to make a change. I hope my kids grow up to think the same way."

Najwa Patterson, of Elmont, said at the protest that Taylor was just the latest victim of police brutality.

"When will it stop? When will we stop needing to chant?" Patterson asked. "Every day I wake up and worry and I don’t know when it’s going to be my brother or my sister’s time. … Every day there’s another name we have to fight for. This is not something that’s going to end with one day of chanting. The more they kill the louder we are."

Taylor, a Black 26-year-old emergency room technician from Louisville, died in March after she was shot six times by white officers who entered her home on a no-knock warrant as part of a narcotics investigation. Her death, along with that of George Floyd, a Black man who died in Minneapolis after a white officer knelt on his neck for nine minutes, helped galvanize rallies against police brutality and racial inequality that took place across the country and around the world.

The warrant in Taylor’s case was connected to a suspect who did not live in the home and no drugs were found there. Prosecutors said the officers were justified in using force to protect themselves after Taylor’s boyfriend fired at them.

In East Islip, Kurt Kronemberg, 60, of Bay Shore, joined about 60 others gathered at the high school Thursday night to honor Taylor with a candlelight vigil. He said the one indictment the jury did return against a police officer — not for Taylor's killing, but for wanton endangerment for shooting into her neighbor's house — was a "slap in the face."

Bobby Smith, 28, of Brightwaters, who organized the East Islip vigil and is the director of social justice for a Riverhead nonprofit, said he was distraught.

"This is another example," Smith said, "of Black lives not mattering."

Some of the summer rallies on Long Island drew crowds of more than 1,000. In some cases, counterprotesters showed up resulting in angry confrontations, though the events were mostly nonviolent. Thursday night's protests appeared to be smaller, with the one in Brooklyn drawing hundreds; Mineola drew about 100.

In Brooklyn’s Maria Hernandez Park, people chanted "Black Lives Matter," took a knee in a moment of silence and demanded prosecution of the police officers involved in the Taylor case, along with their supervisors and other higher-ups in the Louisville Police Department.

"Are y’all satisfied for what they’ve given us for Breonna Taylor?" a speaker said to the crowd gathered at the park. "No!" came the answer.

Other protests were planned for Thursday night in Manhattan outside Gracie Mansion, the mayor's official residence, and in Williamsburg, Brooklyn. 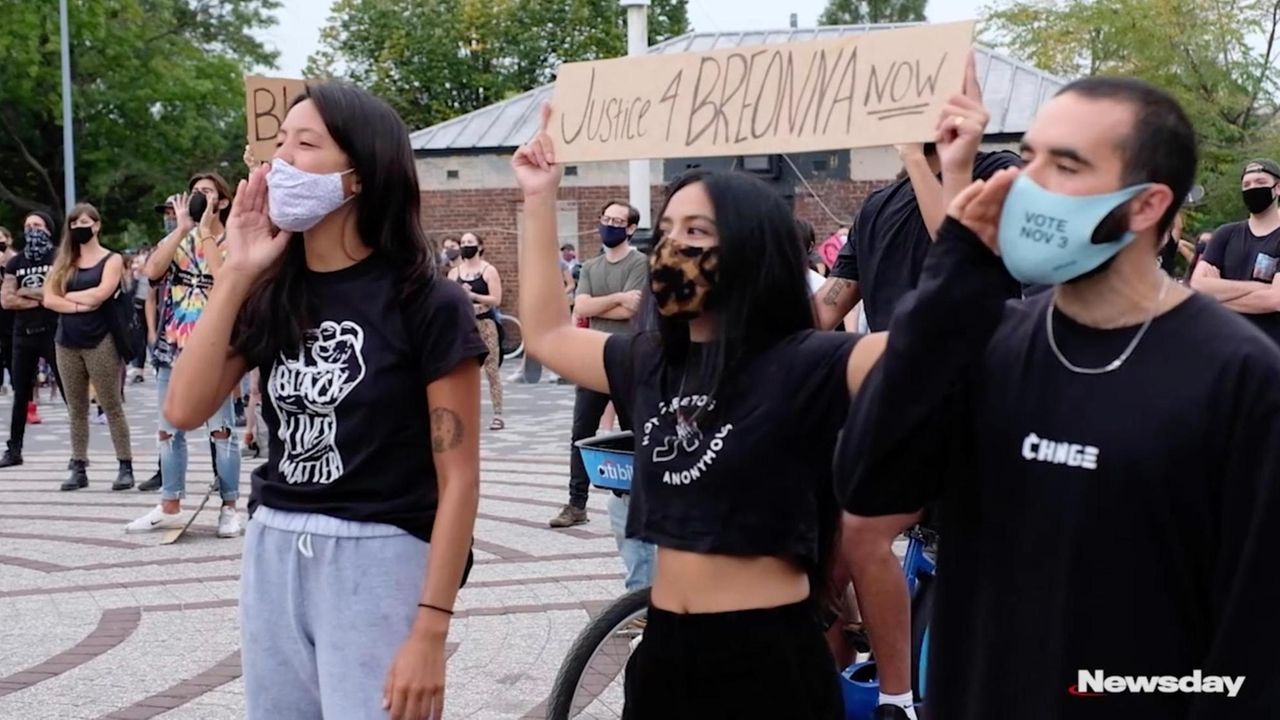 "The underlying police action should never have happened in the first place," he said, according to a transcript of remarks released by his office. "We at least have to learn from these horrific situations."

He also voiced support for the protests.

"The public outrage is to motivate the body politic so the government makes change," the governor said.

That outrage may be moving far beyond police brutality to other social justice causes. Some East Islip protesters brought up the East Islip High School nickname, the Redmen, which they said was racially insensitive and would be the topic of discussion at a school board meeting later in the night.

Dozens more protesters, many of them students at the school, chanted "We are Redmen" and argued for keeping the name.