Hannon was unexpectedly defeated by Democrat Kevin Thomas, a Levittown attorney. Hannon had served in the Senate since 1989 and previously served in the Assembly for 12 years.

The results represented a seismic shift from just two years ago, when Republicans controlled all nine state Senate seats on Long Island. If Tuesday's vote tallies hold, Democrats would control six of those seats --  enough to take over from Republicans for the first time since 2010.

“I’ve spent a lot of time out on the Island, and I knew," said Senate Democratic Leader Andrea Stewart-Cousins, who was set to become the next State Senate majority leader. "We knew this would make the difference in our majority and you did it. Look what you’ve done.”

In the 5th District, which straddles Nassau and Suffolk counties, Democrat James Gaughran ousted Marcellino, who was first elected to the post in 1995. The contest was a rematch of their tightly fought 2016 race, which the veteran GOP lawmaker won by fewer than 2,000 votes.

"We left nothing on the field,” said Gaughran, chairman of the Suffolk County Water Authority. “I’m so proud of the campaign we ran, the volunteers day and night working. I think the voters want change, and I’m hopeful for a successful outcome.”

"I am looking forward to protecting Suffolk County, to protecting my families who work here, not just mine but all of yours,” said a tearful Martinez. “Albany, here I come.”

Murray, in his concession speech, said: "We may have fallen a little short but we have a lot to be proud of." 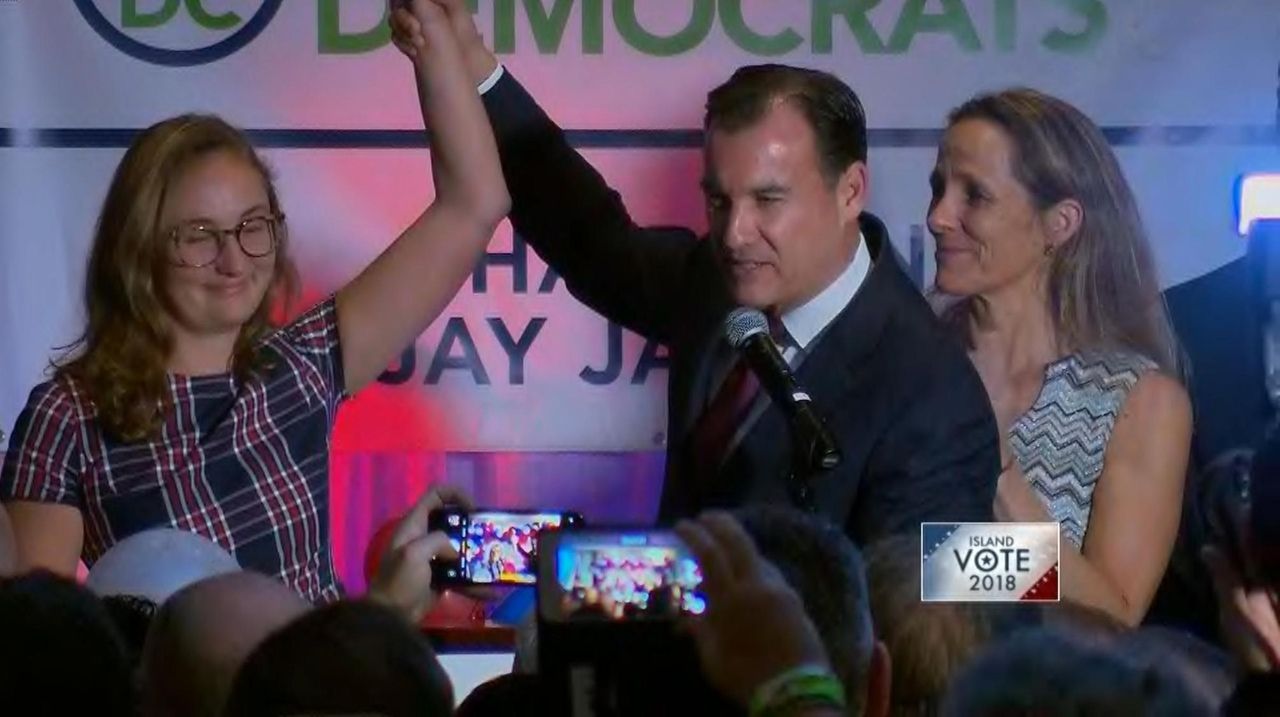 In Nassau's 7th District, Democrat Anna Kaplan, a member of the North Hempstead Town Board, bested Phillips of Flower Hill, who was facing her first re-election bid. Democrats have an edge of more than 20,000 voters over enrolled Republicans in the district.

Nassau Republican chairman Joseph Cairo said there was higher voter turnout from both parties than the 2014 midterm election, noting that “with the Democrats, it’s even greater percentage turnout. And that’s because 2014 was a very off year to Democrats.”

In the 8th Senate District, Sen. John E. Brooks (D-Seaford) won over GOP Massapequa Park Mayor Jeff Pravato. The district, which also takes in parts of both counties, was among the most closely watched in the state with  90,046 Democrats to 78,227 Republicans and 2,842 Conservatives.

Brooks, a former Republican, pulled off an unlikely upset in 2016, defeating Republican Michael Venditto only days after his father, then Oyster-Bay Town Supervisor John Venditto, was indicted on federal corruption charges. Venditto was later acquitted of all charges but still faces state corruption charges.

Cuomo easily defeats Molinaro in governor raceThe Democratic incumbent cast himself as a bulwark against the Trump administration as voters' feelings about the White House loomed over local elections. Kirsten Gillibrand wins re-election to U.S. SenateSen. Kirsten Gillibrand, who spent much of her re-election campaign stumping for other Democrats around ... Big LI wins help Democrats take control of NY SenateAndrea Stewart-Cousins, who will likely become the Senate's first female majority leader, predicted the party could hold as many as 40 seats in the 63-seat chamber once all votes are counted.