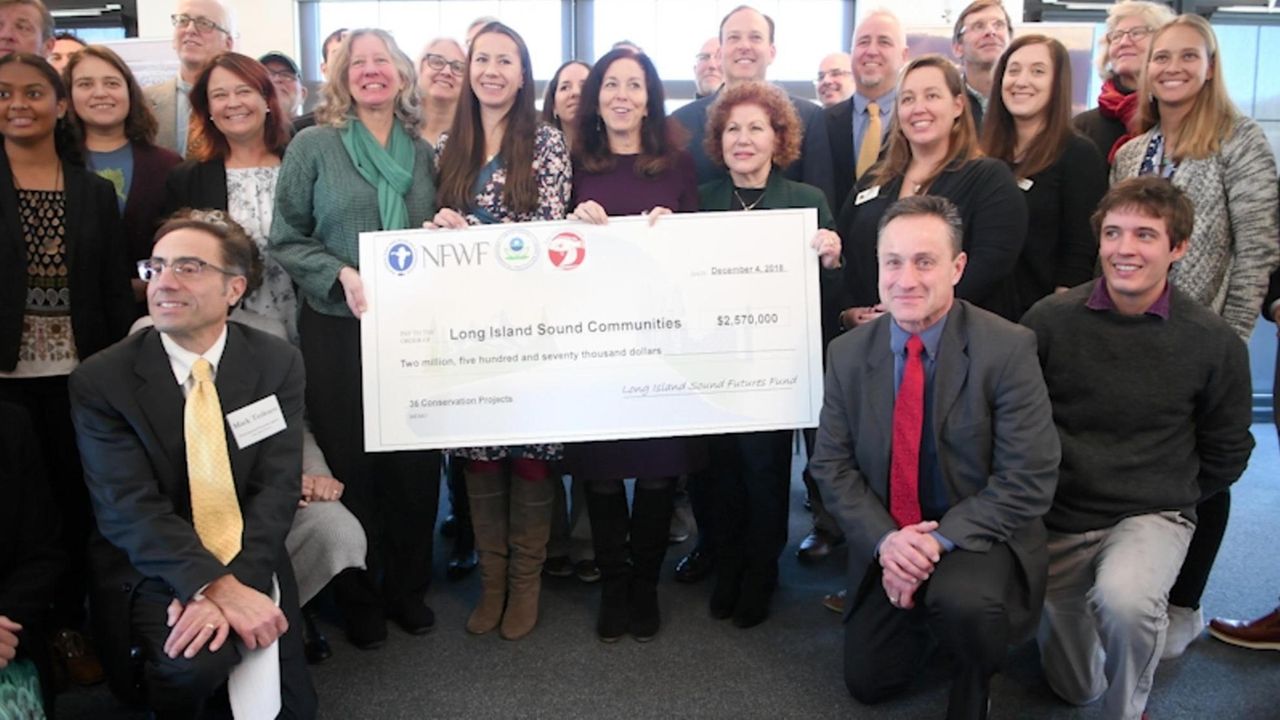 Projects on Long Island include a plan for a mesh sea turtle statue to be stuffed with cleaned-up plastic, water quality testing in Hempstead Harbor and rain gardens in Port Jefferson.

“The funding is seed money, the funding is investments,” Environmental Protection Agency Regional Director Pete Lopez said during the presentation at Port Jefferson Village Center. “The funding is leading to improvements in the Long Island Sound.”

The 36 grants funded through the Long Island Sound Futures Fund combines money from the EPA and National Fish and Wildlife Foundation, a congressionally mandated organization that administers the grant.

Grants also went to projects in New York City, Westchester, Connecticut, Massachusetts and Vermont, which are in the Long Island Sound watershed. The money will be matched with $3.1 million in grants from local governments and community groups.

Asked about the disparity in funding between Long Island and other locations, Mark Tedesco, director of the Long Island Sound Office of the EPA, said grant awards depend on projects that applied and each project ultimately benefits the region. In other years, New York had done better, he said.

“It’s important to look at all EPA spending,” he said. He called the grants and environmental work “an opportunity to leave the world a better place.”

Carol DiPaolo, programs director for the Coalition to Save Hempstead Harbor, said the money will allow the nonprofit to continue testing waters as it monitors nitrogen and bacteria levels, and to pay for private laboratory fees.

She called Hempstead Harbor a "tremendous success story" where shellfishing has been reopened.

Jackie Brennon Brooks, president of the Long Island Explorium, a nautical-themed museum in Port Jefferson, said it plans to build four rain gardens on Route 25a in Port Jefferson Village with its consultant, Nelson, Pope & Voorhis. She said the rain gardens, which filter stormwater runoff through plant roots and soil, would be an example for those passing through the village.

"It's environmentally friendly and a teaching opportunity," she said.