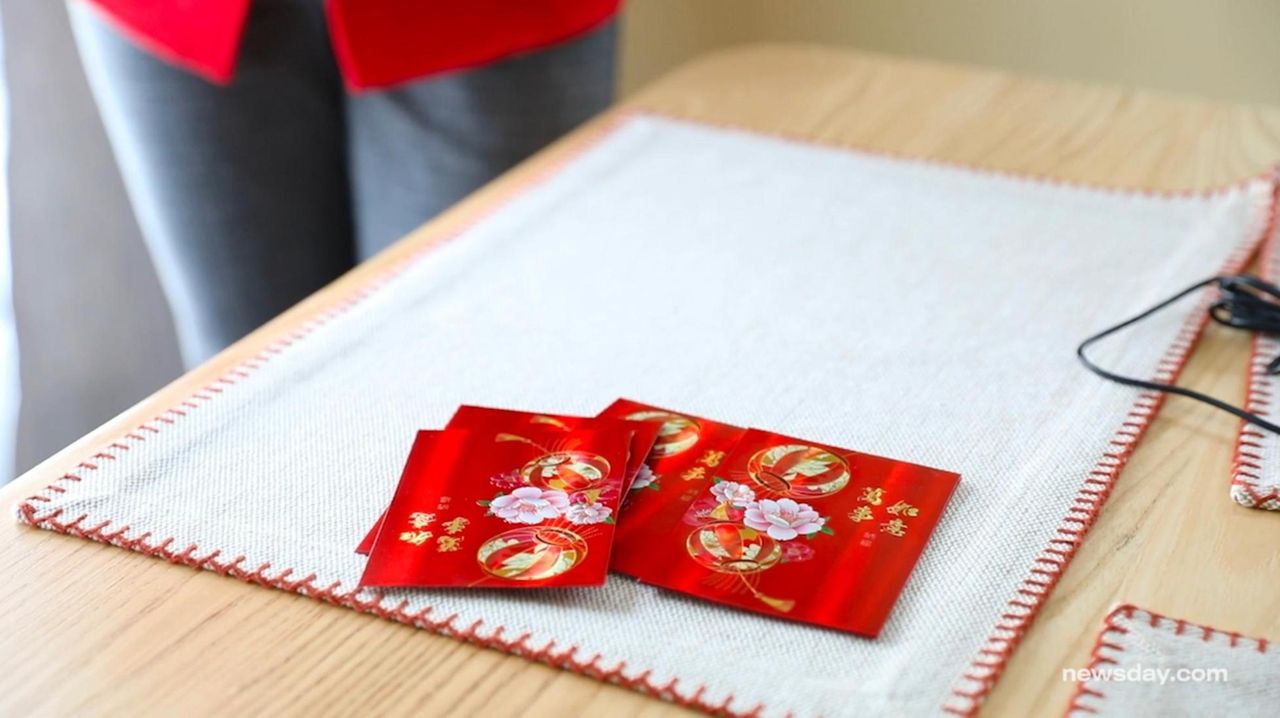 Wai-Lin Ng of Port Jefferson talks about how she will celebrate the Lunar New Year and her hopes for the Year of the Ox, which comes Friday. Credit: Morgan Campbell

Long Islanders celebrating the Lunar New Year's Day on Friday are eager to move on from the tumultuous and tragic year of the Rat and welcome the new year of the Ox with centuries-long traditions that reaffirm their roots.

Amid a pandemic that brought a rise in anti-Asian discrimination in New York and elsewhere in the country, there is also hope for a new year that will heal divisions.

The anguish of the past year goes far beyond the Asian community, said Christine Liu, president of the Herricks Chinese American Association.

"Last year was a year of a lot of hurt physically, emotionally and socially," Liu said. "I feel this new year is one of hope and healing — healing in terms of everything that’s happened in our nation, from the pandemic to the division politically and socially. This year, I’m looking forward to a more hopeful and united year."

As the holiday typically invites reflection, three Long Islanders spoke to Newsday of their family rituals and the new year's outlook.

Lunar New Year for Lee, 16, conjures up memories of devouring Tteokguk, a rice cake soup, and sending videos to her relatives in South Korea of her donning a hanbok, a dress worn in her native country during special occasions.

The high school sophomore said she was a toddler when she moved to the United States from Seoul, and the holiday is a way for her to reconnect with her heritage.

"It ties me back to my culture since I’ve been living in America my whole life," Lee said. "Celebrating the new year with my family makes me feel more Korean."

Lee, of Plainview, recalled another holiday custom of receiving money from loved ones. In her family, children are gifted between $10 and $200, meant to represent a prosperous future, she said.

"I remember receiving money from relatives, and I remember being happy. We have to receive it with two hands" as a "sign of respect," she said.

Because of the pandemic, Lee said this year’s festivities will be limited to her home with only her immediate family.

She said the struggles over the past year and yearning for a better future are emblematic in 2021’s celebrations of the year of the Ox, an animal that is said to symbolize hard work and perseverance.

"The pandemic requires a lot of resilience from everyone," the teen said.

The COVID-19 crisis, however difficult, has given her a newfound appreciation of her South Korean bloodlines and the traditions that come with them, she said.

"I often viewed these kinds of family gatherings as an inconvenience. Sometimes, I would rather stay home," Lee said. "I realized how much I took for granted and how much I enjoyed these gatherings. From now on, I will value them more."

Ng’s fondest holiday memories include gatherings with her family in New York City, where she cooked dumplings for hours while partaking in upbeat conversations.

"The Chinese dumplings — that was always a must-have," said Ng, 57, of Sound Beach. "It was my parents, aunts and their friends. Dumplings made by hand, it only takes a few minutes to eat them, so you have to constantly be making them all day."

Maintaining pleasantries to abide by the holiday spirit of prosperity was a must, Ng said.

The pandemic has prompted Ng to pivot away from face-to-face celebrations like cooking traditional meals with relatives and attending lion dances, in which performers wear an elaborate, colorful head ornament and move to the rhythms of drumbeats, in Chinatown in Manhattan.

Instead, Ng plans to attend a virtual celebration and video chat with college classmates who live abroad in countries like Singapore and Japan.

The 2021 Lunar New Year takes on even more significance in the effort to move on from an uptick in hate-related crimes and reports of discrimination against Asians, Ng said.

She had one such negative encounter last winter at a Rocky Point grocery store. It occurred before masks became a common protective measure. Ng said a woman stared at her and then pulled her scarf over her nose and mouth.

She hasn’t experienced another similar interaction since, but the moment stuck with her, said Ng, who was born in Hong Kong and emigrated to the United States when she was a child.

"At the time, I felt a little embarrassed," said Ng, who has lived on the Island for most of her adult life. "I only realized it when I started to think about all the rhetoric that was going on and why people would do something like that. For a while, it made me a little angry."

"The more we do to engage other Asians in the community, and the more we share in culture and language, is the only way we overcome these stereotypes and cultural barriers," she said.

The Lunar New Year was "a special day" for Quan when he was growing up in Jamaica, Queens.

That day started special with no school.

Instead, his parents would drive him and his siblings to Chinatown in Manhattan to visit their grandparents, relatives and friends. By the end of the day, he would go home with dozens of money-filled red envelopes, known as hongbao.

"It seemed that whole day, every single adult except your parents would give you something," he recalled with a laugh. "When you were a little child, you never had your own money. Receiving hongbao was exciting. It didn’t happen at any other time of the year. It didn’t even happen during Christmas."

Quan, 39, doesn’t remember what he did with the money. What he does remember is taking the crisp bills out of the envelopes, putting them in a pile and counting them before putting the money away in a shoebox under his bed.

"As a child, I didn’t have a job. I didn’t get an allowance," Quan said. "Back then, I felt like it was the most money I ever had in the world."

What else Quan remembers were the packed streets, crowded festivities and loud fireworks going off in Chinatown at night.

Now a father of two, Quan said his family will downsize a typical 20-person inaugural New Year’s meal at his parents’ Bayside house to a small one with his wife, daughters and mother-in-law at their New Hyde Park home.

For the bigger family that includes his parents, siblings, nephews and nieces, Quan said the family will likely get together on Zoom.

"It has been a hard year, and I think it’s going to be a hard year still," Quan said. "I’m optimistic about it, and I want to approach it in a positive way. But I think everybody realizes that there’s still a lot of hard work to be done."