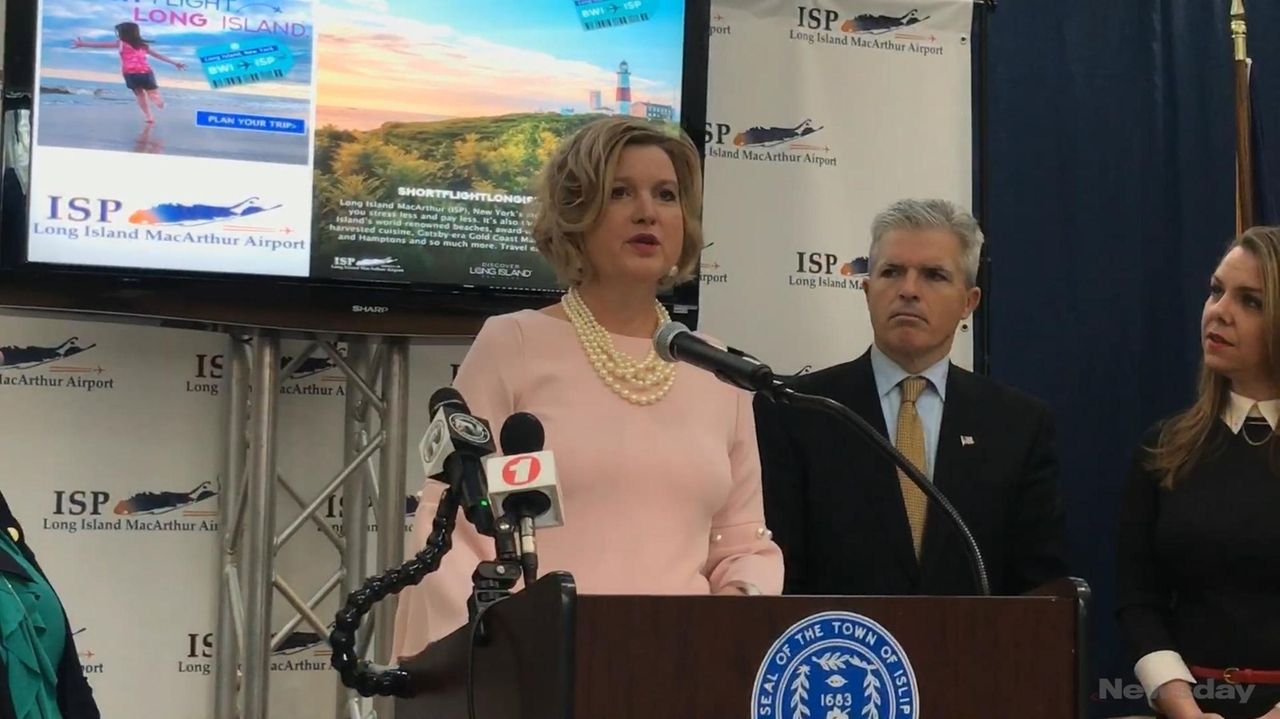 Long Island MacArthur Airport is partnering with tourism bureau Discover Long Island in a joint marketing campaign in Baltimore as part of a new effort to bring visitors to the region.

The partnership represents several firsts — the airport has never before partnered with Discover Long Island, nor has it done marketing in regions beyond Suffolk and Nassau counties and New York City.

“When we started the [air service marketing] campaign it was to raise awareness and fill airplanes here,” airport Commissioner Shelley LaRose-Arken said. “But we quickly realized one of the components that was missing . . . which was bringing more people to Long Island because it was good for the economy.”

The partnership between the airport and Discover Long Island, which has extensive tourism data, allowed the two organizations to unite in a shared goal: Raising awareness of Long Island as a tourist destination.

“We realized from day one that we should be working together,” said Kristen Jarnagin, president and CEO of Discover Long Island. “Not only for tourism, but for economic development as a whole. Finally, this year we allocated the dollars and got the ball rolling.”

Each organization contributed $100,000 to the new, $200,000 marketing effort, which will include six weeks of advertising at train and bike-share stations in the Baltimore-Washington, D.C., area. The ads shows images of the region’s white, sandy beaches, vineyards and lighthouses.

In addition to digital and social media advertising, the program will include a four-week campaign in which the two groups pay for free Wi-Fi at Baltimore-Washington International Airport, which will bring users to a new website branded with the partnership’s new slogan: “Short Flight. Long Island.”

Baltimore will be the first stop for the marketing partnership, with officials from the airport and Discover Long Island saying they expect to roll out similar efforts in other destinations starting next year. They started with Baltimore because the airport has five daily flights to that destination.

“That market in particular is very heavy on beach destinations,” Jarnagin said. “They primarily go to the Jersey Shore and Delaware, and introducing a new market that they would be interested in is a good opportunity for us. We know they like to go to beach destinations.”

The overall effort is part of a larger shift in the airport’s approach to marketing, LaRose-Arken said.

“We always thought that our marketplace was New York City and that we were capturing people from New York City or Nassau, and we realized that wasn’t really true,” LaRose-Arken said. “Equally important is the idea of filling airplanes. It’s not just filling an airplane that’s leaving Long Island, but filling an airplane that’s coming into Long Island, because our whole goal with the [marketing] program is to retain service from our airline partners. To do that, the airplanes need to be full on both sides.”