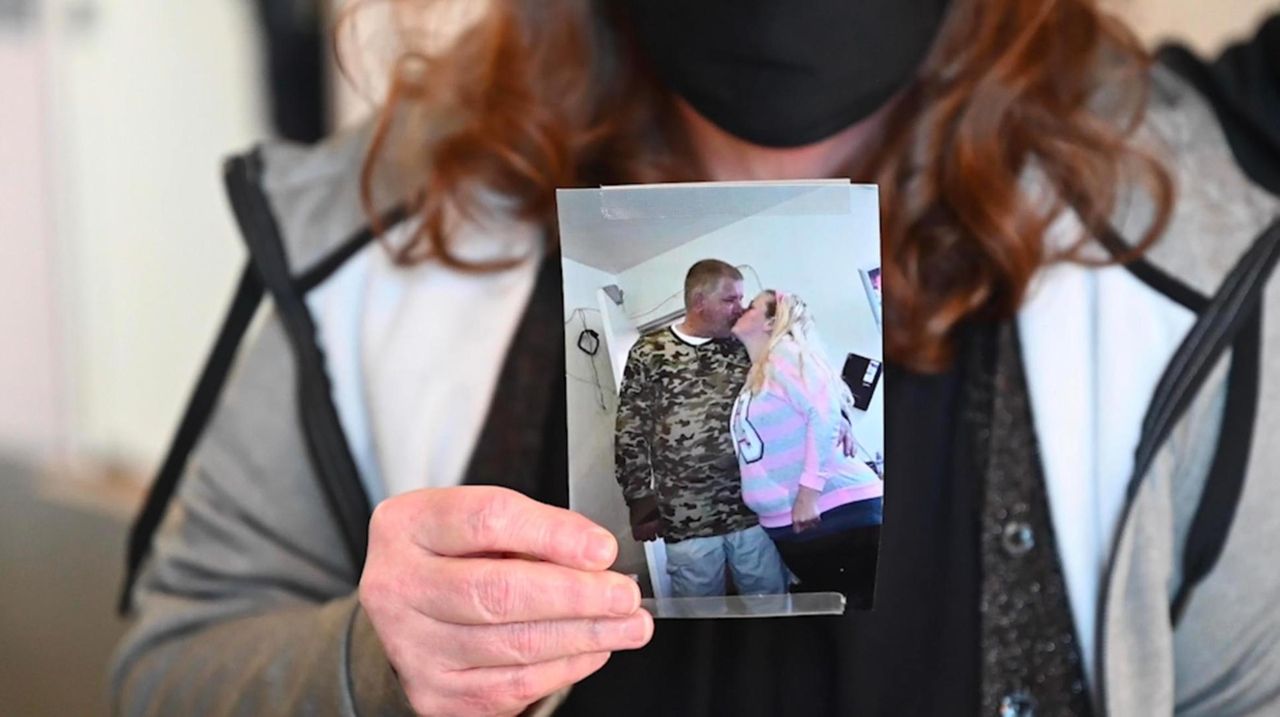 On Wednesday, a judge sentenced Patrick Poillon to 3 to 9 years in prison for the fatal hit-and-run crash in Mastic Beach that killed a husband and wife in 2018. Credit: James Carbone

A judge called the man who admitted to causing a hit-and-run crash in Mastic Beach that killed a local husband and wife a "coward" Wednesday while sentencing him to prison after hearing from the couple's devastated relatives.

Last month Patrick Poillon, 26, of Darien, Connecticut, pleaded guilty to two counts of manslaughter and a charge of leaving the scene of the deadly 2018 wreck.

But Camacho said the case had "really serious proof issues" regarding whether Poillon had been behind the wheel of the Ford Explorer that barreled into the victims' vehicle in December 2018.

The judge also chastised Poillon for fleeing the scene and pointed out authorities couldn't test his blood for intoxication in a timely way for that reason.

"He had an advantage because he ran away like a coward," the judge said in a Central Islip courtroom, alluding to a "loophole" in the law.

Both the husband and his wife, Jean Molnar, 41, who was in the Subaru’s front passenger seat, died at the scene at Huguenot Drive and Forest Road West, according to authorities.

Prosecutors had alleged Poillon had been driving close to 70 mph in a 30-mph zone and ran off after the crash, also leaving behind a 22-year-old male passenger in the Explorer who needed hospital treatment.

On Wednesday, Poillon said he wished he could go back in time and change what he did.

"I am so very, truly sorry for the pain my actions caused that night ... I am ready to accept my sentence, better myself and turn my life around," he said.

The defendant added that he planned to use his time behind bars to focus on getting an education.

The judge said Poillon’s mother abandoned him as a child before later dying by suicide and that the defendant's father is an alcoholic — whom he banned from the courtroom Wednesday after disruptive behavior in the hall.

But Camacho also told Poillon he seemed incapable of caring about anyone else and was "a menace to the community."

Christina Fudenski, Jean Molnar’s mother, showed the judge several photos of her late daughter and late son-in-law as she spoke of her family’s heartbreak.

"Jean and Billy were loved by everyone. And they had a love for each other like no other love," said Fudenski, 62, of Greenlawn.

The hardworking parents of four had been married for 18 years and were raising their two granddaughters, according to Fudenski.

The grieving mother recalled her son-in-law's love of fishing and her daughter's hobby of gathering elephant-themed collectibles.

"He has left a hole in our family that can never be filled," said Arthur Fudenski, 45, of Farmingville.

Poillon’s attorney, Katherine Fernandez, said after the court that her client was remorseful for his actions and "extremely grateful" for the sentence he got.

The Garden City attorney explained the matter "was not as open and shut" as it appeared at Poillon’s arraignment and "there were a lot of issues with the district attorney’s case."

The defense proved Poillon’s then-girlfriend lied by saying she hadn’t been in the Explorer — her vehicle — during the crash, Fernandez said.

In addition, the injured male passenger in the Explorer "did not want to testify and say my client was driving," the attorney added.

Christina Fudenski said that while Christmas will never be the same as the crash anniversary falls days before the holiday, Poillon's sentence gives her family some relief.

"I'm glad that we got justice today and we can put this behind us," she added.

Suffolk District Attorney Timothy Sini said in a statement that Poillon's sentence "holds him responsible for the pain and devastation he caused this family."