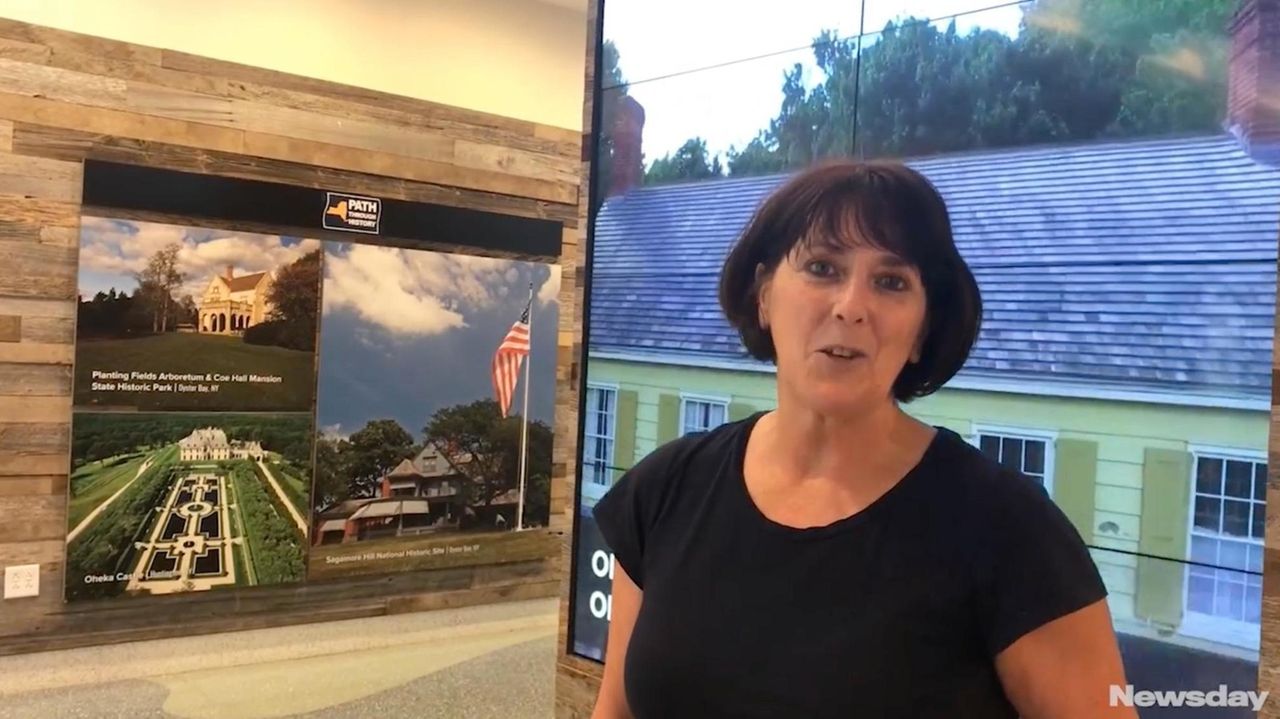 Janet Penzero and her two daughters got an extra early start on Memorial Day weekend traveling to their Montauk home on Wednesday.  Credit: Newsday / Rachel Uda

Janet Penzero got an extra early start on her Memorial Day weekend.

Wednesday morning, she and her two daughters stopped at the Long Island Welcome Center in Dix Hills on the way to their Montauk home. The three were eager to get their annual tradition underway.

Penzero, a nurse from Elmsford, New York worked a three-day shift in order to extend the holiday weekend and beat traffic.

“We wanted to get a jump start,” she said.

More than 41.5 million people are expected to travel this holiday weekend, the unofficial beginning to the summer travel season, according to AAA. That is a nearly 5 percent increase compared to the same time last year, the auto club said in its annual survey.

“A strong economy and growing consumer confidence are giving Americans all the motivation they need to kick off a busy summer travel season with a Memorial Day getaway,” said Robert Sinclair of AAA Northeast.

And the Transportation Security Administration says it expects a busy season. It estimates it will screen 243 million passengers between Memorial Day and Labor Day — up from 239 million last year.

The Q70 bus linking LaGuardia Airport to subway and LIRR stations in Queens will be free Thursday through Monday to ease traffic at the airport, which is being rebuilt.

Nassau’s bus provider, the Nassau Inter-County Express, will resume service to Jones Beach in time for the Memorial Day weekend, officials said. The N88 route between the Freeport LIRR station and Jones Beach State Park will run Friday through Monday.

For Long Islanders staying close to home, the weather will be a mixed bag, forecasters said.

It will be sunny during the day Saturday, making it the better day to take in the air show at Jones Beach, according to News 12 Long Island meteorologist Pat Cavlin.

Sunday, the second day of the air show, will be cloudy and cool.

Monday is shaping up to be the worst of the three-day weekend, with cool temperatures and showers possible throughout the day, Cavlin said.

Tim Mooney, president of Fire Island Ferries, said the sunny weather will be sure to bring crowds.

“Memorial Day weekend with good weather is always a good weekend for us,” he said. “People have a pent-up demand for the beach.”

Olivia Martinez was at the Bay Shore terminal to take a midday ferry Wednesday.

Martinez, 18, is moving into a new apartment in Ocean Beach this weekend for her third summer working on the island. She packed most of her belongings into a large suitcase for her ferry trip and is shipping the rest via freight.

“My first year, I tried to move with the usual crowds, but it was way too much,” said Martinez, of Bay Shore.

Gasoline is hovering around $3 per gallon, but AAA says that will not be a deterrent for those taking to the roads.

About 36.6 million people are expected to take a trip by car this holiday weekend, up 4.7 percent from last year, AAA said.

At this time last year, a gallon of gasoline on Long Island was about $2.50.

They’re driving to Akron, Ohio, from Brookhaven overnight Sunday, with a departure time around midnight or 3 a.m. when the roads should be relatively empty. They’ll spend a week visiting family and return next Friday.

“You never know, but we’re hoping most people will be in bed by then, and we won’t have any traffic to deal with,” said Shajuan Jackson, 29.

With Alfonso A. Castillo and Laura Blasey

Traffic, beach erosion, crowds. Is the East End ready?Those who are East End bound will find the familiar traffic jams and crowded ocean beaches, along with expanded Uber, Lyft and shuttle services, and continued efforts to keep the water clean and trash to a minimum.

Demonstrators praise Blakeman's opposition to mask mandates
Pfizer board member: Likely no COVID-19 shot for kids under 5 until at least late March
Long Island forecast: Chance of snow overnight, and cold temps continue
Hochul holding a commanding position in race for governor
Nassau assessments frozen for second year in a row
PSEG puts its plan to offer $1,000 vaccine incentive on hold
Didn’t find what you were looking for?