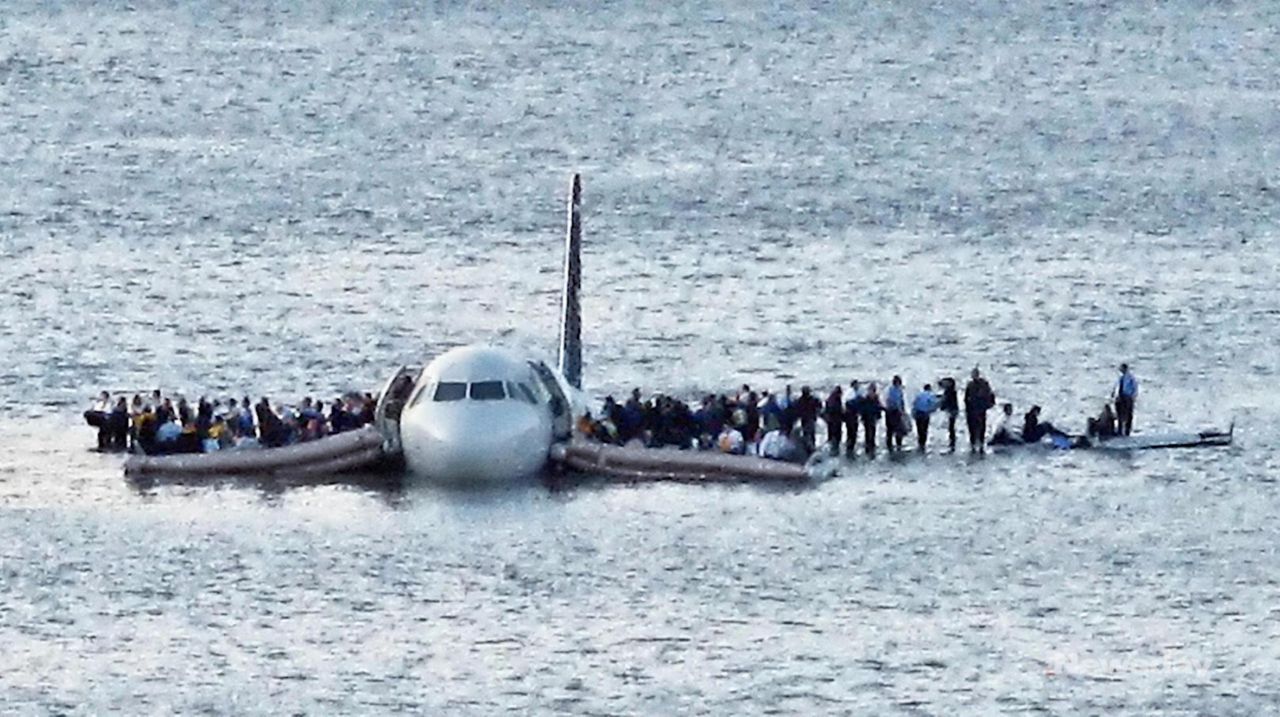 For the past 10 years, Patrick Harten has lived with the feeling that catastrophe could be just out of sight.

The Long Islander was the air traffic controller tracking US Airways Flight 1549 from LaGuardia Airport. In the pilot’s seat was Capt. Chesley  Sullenberger, who only minutes later would execute the most successful landing in aviation history.

But Harten wouldn’t know about the miraculous landing for nearly an hour. In their last transmission, Sullenberger told Harten that he couldn’t make it to Teterboro Airport, the closest airport, and that he would have to set down the Airbus A320 in the Hudson River.

For Harten, Sullenberger’s words evoked the 1996 crash of a hijacked Ethiopian Airlines flight that ran out of fuel, and went into into the Indian Ocean. One of the jet’s wings touched the surface of the sea before the plane “started doing cartwheels” and burst apart, Harten recalled.

“I really didn’t want to hear that news, because to me that was a death sentence,” Harten, 44, of Long Beach, said Wednesday. “Then he dropped off the radar and I assumed the worst.”

He left the control room and began interrogating himself, questioning whether there was anything he could have done differently. But there was no way he or anyone else involved could have known a flock of Canada geese had disabled both the plane’s engines.

A minute-by-minute look at the 'Miracle on the Hudson'

“I’ve gained an appreciation that anything can happen, and you apply that to the rest of your life,” Harten said.

Bill McLoughlin was another air traffic controller who was working the morning of Jan. 15, 2009. He had handled the flight's taxi and takeoff, but when he learned of the bird strike, he immediately stopped departures from LaGuardia and cleared the runway for Flight 1549's return.

He described similar feelings of dread, followed closely by joy upon learning that all 155 people onboard had survived.

“It went from one of the worst days to one of the best days of my life in the span of two hours,” said McLoughlin, a former Malverne resident who now lives in Fort Myers, Florida.

Both McLoughlin, 56, and Harten received awards from the National Air Traffic Controllers Association for their roles in the "Miracle on the Hudson." They were involved in documentaries that chronicled the event and Harten was even portrayed in the 2016 movie, “Sully,” starring Tom Hanks.

McLoughlin reflects on the event as the most rewarding experience of his career. He said he was inspired by the resolve of his co-workers and of Sullenberger.

"Knowing that when things were at their worst, that's when people step up and do their best," McLoughlin said. "That's what I experienced that day."

But for Harten, and many of the passengers who reported having PTSD, the thought of what almost was upset him for months. Harten said he took 40 days off from work and underwent therapy.

Every once in a while Harten still gets messages from passengers who were on  Flight 1549  and need reassurance when they fly, asking him to monitor weather patterns and track their flights out of LaGuardia.

“I had a rough go of it for a while,” Harten said. “Up until then, I always believed I would be able to get them safely back to the runway. But after that, I was working with a little bit of fear. It took me a long time to get over that.”

The experience also knit together Harten and the others involved. Last year, Harten finished the New York City Marathon and was greeted at the finish line by Sullenberger, who placed a medal around his neck.

Harten belongs to a Flight 1549 Facebook group where they share articles about bird strikes and water landings, and they still meet up once a year at an Italian restaurant in Manhattan. For the 10th anniversary, Harten said they’re planning to meet at the Carolinas Aviation Museum in Charlotte, North Carolina, where the recovered Airbus now rests.

“I don’t think you can go through something like that and be the same afterwards,” Harten said. “I couldn’t even tell you every way it’s impacted me.”