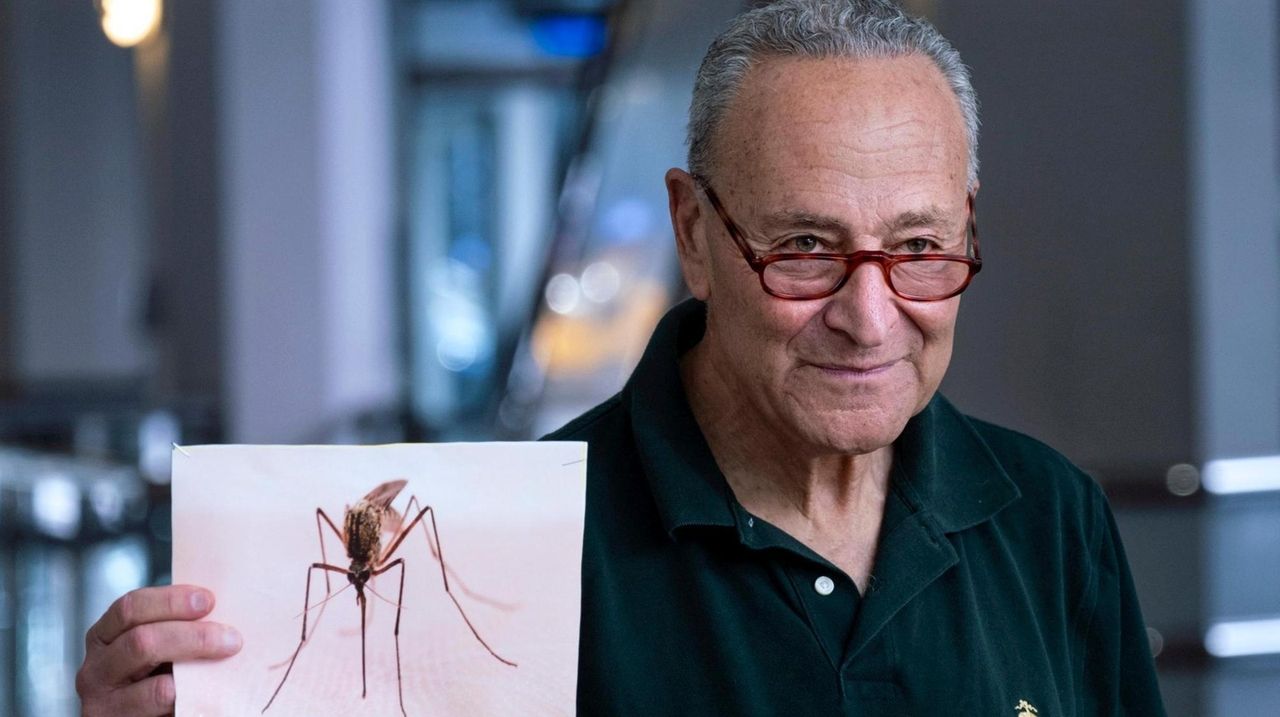 Calling it "one of the worst mosquito seasons that we've had," Sen. Chuck Schumer (D-N.Y.) on Sunday called on the EPA and CDC to help Long Island and New York City get rid of the pests that carry the West Nile virus. Credit: Craig Ruttle

Schumer (D-N.Y.) said parts of Long Island, New York City and upstate are seeing a surge in mosquitoes that are more than just a nuisance.

"We have to nip it in the bud, so it doesn’t spread," Schumer said at a news conference in midtown Manhattan near his New York City office.

"Ask any outdoor diner about the mosquitoes this summer," Schumer said, noting he was recently bit on the ear by one of the bloodsucking insects.

He wrote to Environmental Protection Agency Administrator Michael Regan asking for additional aid to New York and requested a 61% increase in funding for the U.S. Centers for Disease Control and Prevention’s Vector-Borne Diseases program, which could provide more money for prevention, surveillance and testing at the local level — about $68 million compared with the current budget of $42 million.

The U.S. Environmental Protection Agency "can come in immediately," Schumer said. "They have resources. They’re the experts on how to prevent the spread of these viruses."

West Nile virus is spread by infected mosquitoes and first appeared in New York over 20 years ago.

It can cause mild illness as well as encephalitis or meningitis. State health officials say people over the age of 50 are at the highest risk of contracting a severe illness from the virus.

Nationwide CDC figures show 210 cases of West Nile virus have been reported to the agency as of Sept. 7. About 65% were considered neuroinvasive, meaning they have resulted in meningitis or encephalitis.

"It could get worse," Schumer said, noting that the season can last into October and November.

There has been one documented human case of West Nile virus in Suffolk County this season — an individual from the Town of Huntington who has recovered, officials said.

Health officials in New York City have reported human West Nile virus cases in all five boroughs as well as 1,039 positive mosquito pools, which they described as "record-breaking." They said the increase in numbers could be due to warm and wet weather.

Pigott urged residents to take precautions such as using insect repellent containing DEET, wearing long sleeves and long pants when going outside in the evening and eliminating standing water from flower pots, birdbaths and other containers around the home.