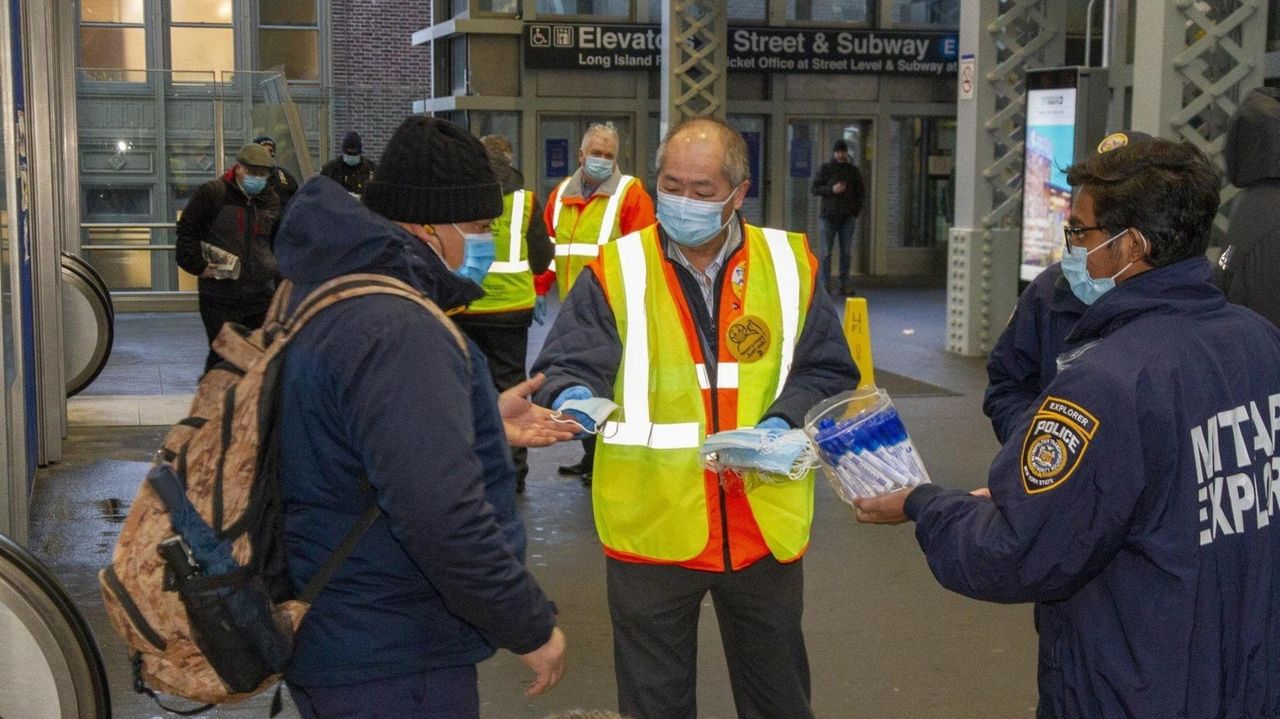 Last month, 18-year-old Amdad Hossain of Queens woke up with an unbearable headache. He couldn’t move his neck. He began vomiting.

The family drove the teen to the hospital.

"In the car, he threw up two or three times … he wasn’t talking at all," she said. "In front of the emergency room he couldn’t stand up by himself. We had to hold him."

The doctors delivered a diagnosis for Hossain, she said: a brain hemorrhage that would require multiple surgeries, including a shunt inside his brain, as well as the installation of a tracheostomy to help him breathe. It's unclear how he happened to get the hemorrhage.

The Hillcrest High School student is not going through his medical challenges alone. Along with his family, Hossain is getting support from two officers with the MTA police department, with which he participates in a youth program. Earlier this week, the cops took the family shopping and are setting up a GoFundMe page to raise money for the teen’s medical bills.

"He’s been having a really rough couple weeks," said Tom Merkle, one of the MTA police officers in charge of the youth program, called Together Railroads and Communities Keeping Safe, also known as TRACKS.

Shihabul Chy, the husband of Hossain's sister Fatema, said his brother-in-law has mostly been unable to communicate.

Several years ago, Hossain joined family already in the United States, from Chattogram, Bangladesh, a large port city on the country's southeast coast. For about two years, he has been part of the MTA police program, which is based on Long Island and Queens and has about 35 participants. That’s on top of his schoolwork and a part-time job at a Dunkin'. In the police program, he’s volunteered with the charity Island Harvest and food drives, Merkle said.

"It’s kind of like a mentorship between the community and the police department. We go to recruit kids like Amdad, we went to his high school, Hillcrest High School," said John Matarazzo, Merkle’s MTA police partner.

"You learn how to be a police officer. We put you in the shoes of a police officer to see, like, what it’s really like. Split-second decisions. They do scenarios, like car stops, and you know domestic violence, and a lot of different scenarios that we have them act out. It’s kind of like a mini-police academy."

The program isn’t necessarily for youths who want to be police officers, but is primarily for mentorship and community service. Recently, Hossain and other participants helped distribute masks and hand sanitizer to Long Island Rail Road passengers in a program called "Mask Force."

Matarazzo recalled a recent group trip to the International House of Pancakes.

"He never had pancakes before, so that was like a first for him, and that was only like a month ago."

In the time the partners have known Hossain, Matarazzo said, "he really grew into himself"

"When the kids are with you for a few years, you’re like, ‘wow, you know, they became like men and women, like, you know, right before your eyes,’" Matarazzo said.

"Amdad’s like a family member to us," said Merkle, who together with Matarazzo have visited the teen every couple days.

Shihabul Chy said his nephew faces a long road to recovery, including occupational, speech and physical therapy. Hossain's sister said he has a feeding tube in his stomach.

The teen’s father also has medical problems and is a survivor of colon cancer, said Chy, who cried as he lamented how saddened his in-laws are about their son, who was finishing high school and preparing to apply to college, such as City College and Baruch.

"They’re devastated," said Chy, who also works at a Dunkin'. "They cannot express anything right now. They’re out of everything, because this is their only son. They had a great hope he will be something — an officer, or something like that … and he loved New York and the MTA."