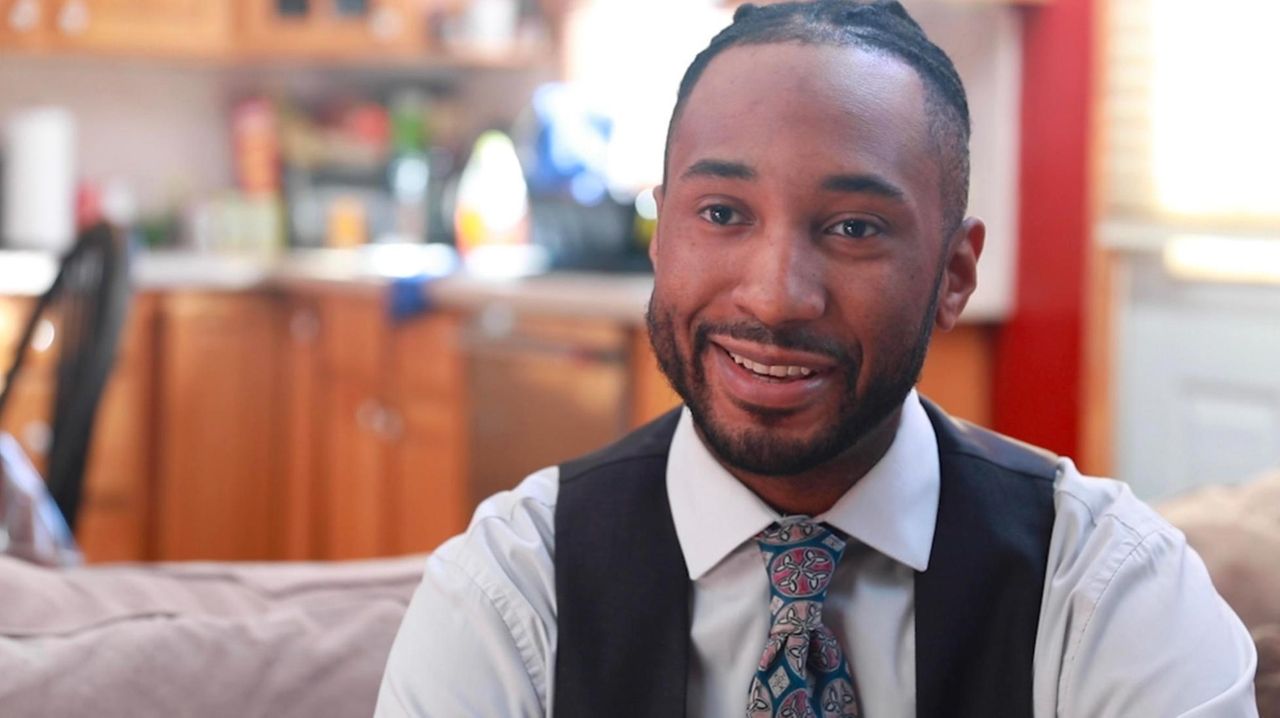 In a filing with the federal Equal Employment Opportunity Commission, NYPD Officer Jonathan Kyle Carter alleged that a conditional job offer he received from the MTA in late 2020 was rescinded because of racial discrimination. Credit: Newsday / Reece T. Williams

An NYPD officer from Nassau County trying to get a job with the Metropolitan Transportation Authority police is accusing the agency of racial and disability discrimination in a government filing.

Jonathan Kyle Carter, 29, of Uniondale, alleges in a complaint that a conditional job offer he received from the MTA to join its police force in late 2020 was rescinded after he took a polygraph test.

Carter, a five-year NYPD veteran, claimed in his filing with the Equal Employment Opportunity Commission that the MTA used polygraph tests to "suppress the hiring of African American (Black) police officer candidates. "

"This racially motivated invidious discrimination is done to facilitate a covert policy and procedure by MTA that denies black candidates equal opportunity, among other reasons, in favor of white applicants with family already employed by the MTA, that is nepotism, at the expense of the constitutional rights of black candidates," Carter alleged in his filing.

His attorney, Peter Crusco of Farmingdale, said the EEOC will investigate the case and either decide to mediate the matter or give Carter the right to sue the MTA for discrimination.

A spokesman for the MTA said in a statement that as a matter of policy the agency doesn’t comment on personnel matters or "matters of pending litigation or that could become litigation."

EEOC official said under federal law they can't confirm or deny whether any complaint is filed.

In the filing, Carter said that he completed several parts of the MTA police application process, including an interview on Jan. 13, 2020. He said he was given a conditional offer of employment for a police officer position on Nov. 3, 2020. The employment was conditioned on a medical exam and the polygraph test, he said.

In an interview with Newsday, Carter said that he wanted to switch to the MTA police because it offered a better work schedule and better quality of life. Carter, who works for the city's Transit Police, has 43 arrests with the NYPD, records show.

Carter said that during the polygraph exam he mentioned to the examiner that he had been diagnosed with "White Coat Syndrome," a condition in which he gets nervous in any kind of clinical situation.

"My heart and my blood pressure goes up, so usually when I take any kind of medical exam I usually fail the initial one," said Carter.

Based on the polygraph result, "the MTA had determined that you do not meet the requirements of the MTA police officer position, " the letter from the agency stated, according to the EEOC complaint.

In an interview, Carter said the rejection was a great disappointment.

"I felt very embarrassed… because I was a police officer and I always pride myself on always doing the right thing. I always put everything out there, to be transparent," Carter said.

Carter also alleges in his filing that the MTA website indicated that for 2016, the last year for which statistics were available, the agency reported it had no new hires for its protective services who were Black.

The EEOC is a federal agency responsible for enforcing laws that make it illegal to discriminate against a job applicant or an employee on the basis of a person's race, color, religion, sex (including pregnancy, transgender status, and sexual orientation), national origin, age (40 or older), disability or genetic information.