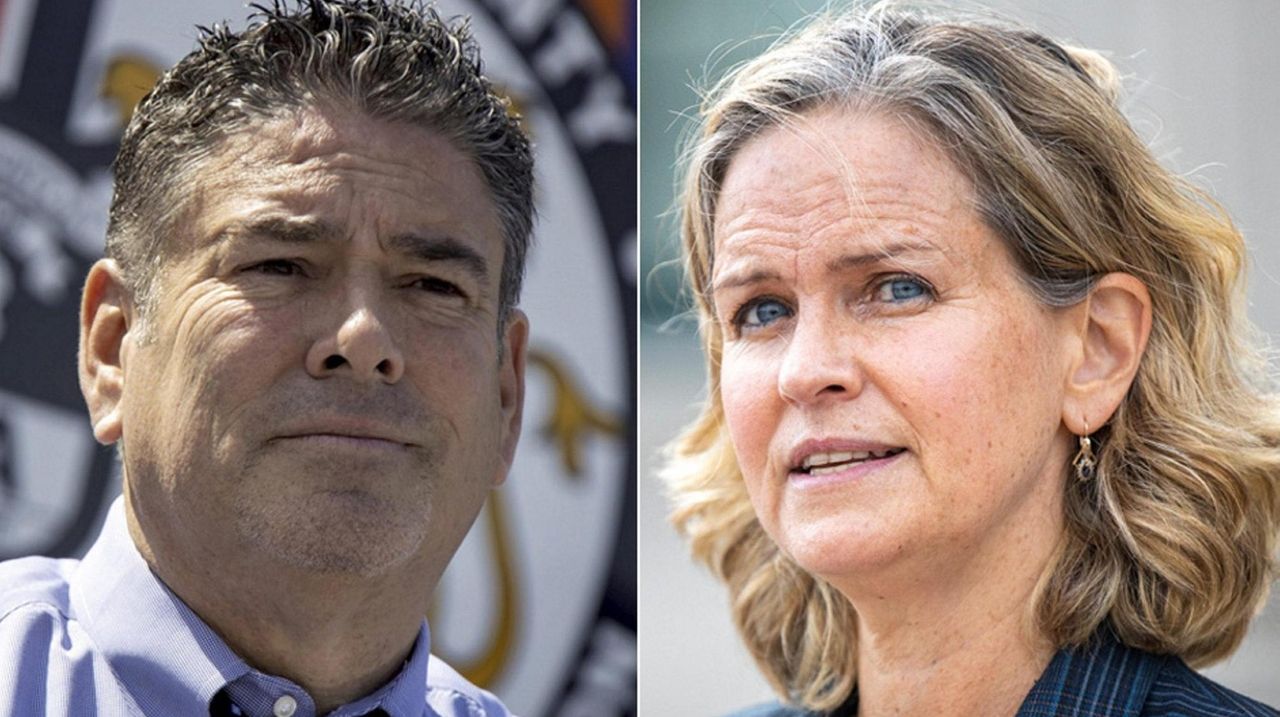 The Nassau PBA on Wednesday voted down a contract that would have given officers $3,000 a year to wear body cameras. PBA president James McDermott said it was defeated by 143 votes. A spokesperson for Nassau County Executive Laura Curran said the administration was “disappointed” by the result. Here is Newsday's Cecilia Dowd. Credit: Howard Schnapp; Nassau County PBA; File Footage

The head of Nassau County's largest police union said Thursday he's working on a new strategy to secure a police contract — a day after police officers voted down a proposed deal offering cops a 25 percent raise over 8½ years, but increasing officers' out-of-pocket costs for health insurance.

James McDermott, president of the Nassau Police Benevolent Association, said the proposed contract, which had been negotiated between the county, union leadership and the state control board charged with overseeing the county's finances, was narrowly defeated Wednesday by 143 votes.

He declined to provide the vote breakdown or discuss why the 1,594-officer union rejected the deal, which would have mandated the use of body cameras and paid officers $3,000 annually to wear them. The $3,000 would be put into officers' base pay at the conclusion of the contract.

The tentative deal would have given officers a $2,500 cash payment upon ratification and another payment of $2,420 on Jan. 1, 2025, according to McDermott, who acknowledged the contract included concessions. It would have mandated officers to work five additional tours and pay more for health insurance, McDermott said in a nearly six-minute video circulated to his membership earlier this month. County officials had declined to provide specifics of the deal before the union voted.

"There's concessions; there's always concessions in contracts and in arbitrations, but we do this in order to get guaranteed cash increases into your pocket," McDermott said in the video.

McDermott, who in the video urged passage of the proposal, pushed back against the apparent assertion from some union members, that the union should have gone to arbitration rather than the bargaining table.

"The fiscal fallout from the pandemic is not going anywhere soon," said McDermott. "We’d be right back at the bargaining table, and no better off."

A spokesman for Nassau County Executive Laura Curran, who has secured contract deals with the county's other two police unions, did not respond to messages seeking comment Thursday.

Spokesman Michael Fricchione on Wednesday expressed disappointment in a statement at the union membership's rejection of the deal, saying all parties had "worked very hard to fashion a solid agreement that both recognized current financial difficulties and delivered meaningful raises to police officers."

The PBA's contract rejection could have implications for the already approved labor agreements between the county and the Superior Officers Association and the Detectives Association. Both pacts include "reopener" provisions, which provide compensation and health benefit parity for public employees, meaning if the PBA negotiated a better deal, the other police unions could be entitled to the same benefits.

The rejection of the contract came after some Democrats and progressive activists called on the Nassau Legislature to delay passage of police contracts until state-mandated reforms can be included.

Gov. Andrew M. Cuomo, through Executive Order No. 203, has mandated all counties and local jurisdictions submit proposals for police reform, which must be approved by local legislative bodies, by April 1. The police reform directive came after the May death of George Floyd, who died while in Minneapolis police custody. His death set off weeks of nationwide protests, including on Long Island, and ignited a push for police reforms.

Civil rights attorney Frederick Brewington, a member of the newly formed Long Island Advocates for Police Accountability, had sued to void the contract, saying the Nassau County Legislature should not have approved the contracts in November on an "emergency" basis.

Brewington said Thursday that the PBA contract provided for "substantial" pay increases and he interpreted the failure of the deal as a rejection of the proposed body camera program. A state Supreme Court justice last week issued a temporary restraining order preventing an 8½-year deal with another Nassau police union, the Superior Officers Association Inc., from taking effect.

"This was a direct response to aspects of the contract, including body cameras, that might make them accountable," Brewington said, adding: "I think this speaks volumes about resistance to accountability and raises the level of discussion about the need for reform."

Joseph Giacalone, an adjunct professor at John Jay College of Criminal Justice in Manhattan and a retired NYPD sergeant, said he was surprised to see the contract voted down, especially in light of the coronavirus pandemic, which has delivered a fiscal blow to local governments across the country.

He called the rejection "short-sighted" and said body cameras "help more than they hurt."

"I'm scratching my head trying to figure out how they turn it down in the middle of a financial crisis," said Giacalone. "It was a pretty generous offer during this kind of time."

Presiding Officer Richard Nicolello (R-New Hyde Park) declined to comment directly on the PBA contract vote but said Thursday morning the Republican majority in the county legislature was focusing on what comes next.

"The Majority looks forward to the next step in the process and will continue to support agreements that are in the best interest of Nassau residents and the men and women who serve law enforcement," Nicolello said in a statement.