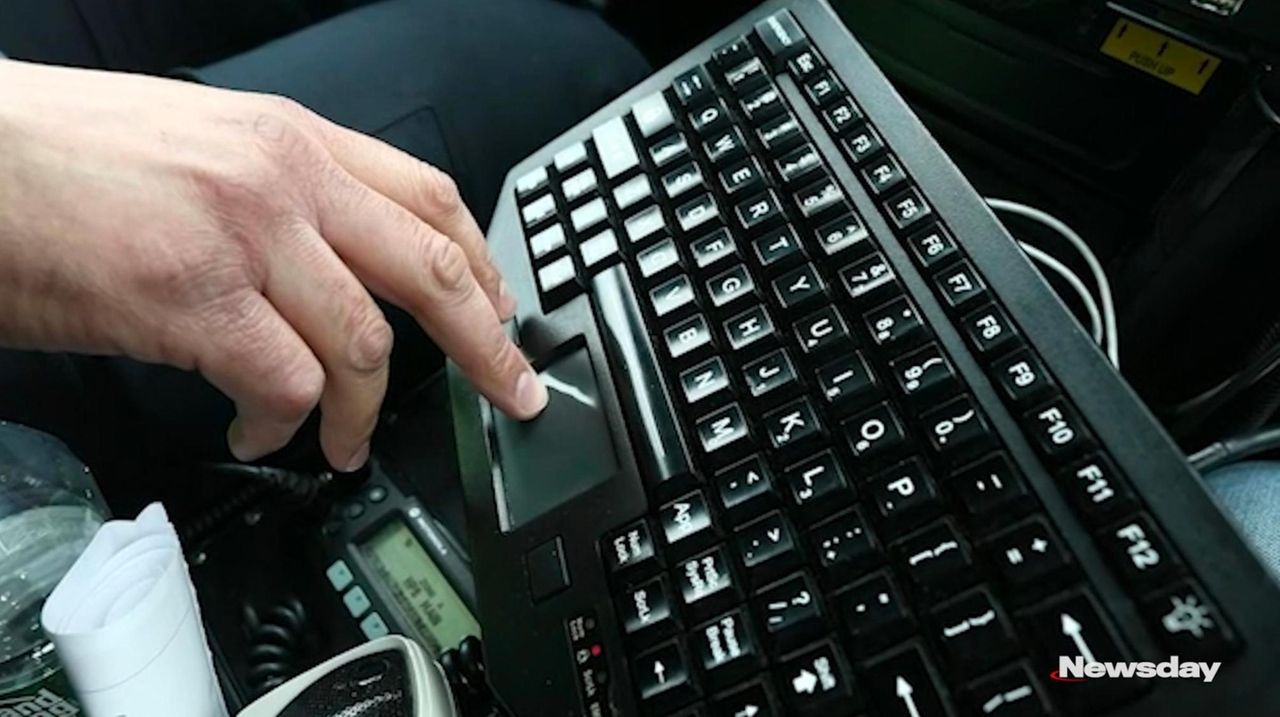 With his lights flashing, Nassau highway patrol officer Omar Galan pulled over a Honda SUV, spoke to the driver who had failed to signal a left turn in Hicksville and opened a computer program that the Nassau Police Department says will reveal whether the force fairly applies traffic laws.

Commissioner Patrick Ryder had directed Galan to demonstrate for Newsday how the department has started to collect data about traffic stops. Civil rights advocates have accused both Ryder and Nassau County Executive Laura Curran of failing to provide information needed to develop police reform plans.

High among the advocates' complaints has been that the department has not released comprehensive data about traffic stops that would reliably reveal whether officers have enforced the laws more stringently against minority drivers than against whites behind the wheel.

A Newsday analysis of the limited data the department has released suggests there are wide disparities among the demographic groups, with Black drivers in particular more likely to be pulled over than white drivers when matched against their shares of the population.

Galan let the driver off with a warning after the traffic stop witnessed by Newsday. Using a keyboard located between the patrol car’s front seats, he began working with a newly activated computer program that asks officers to enter up to 28 pieces of information for every stop they make.

The data include time and place, how long stops lasted and the reasons for stops, such as speeding, equipment violations like a broken tail light, or vehicle and traffic law infractions like turning without a blinker.

Officers enter the number of tickets issued, if any, and whether they used force against a driver, summoned a K-9 unit or made an arrest. They report whether they searched a driver or vehicle, as well as the legal grounds for conducting searches, such as seeing something like a weapon in plain view. Officers would then enter whether any "contraband" was found, such as weapons or drugs.

The data fields also request information about drivers, including name, age, gender and racial or ethnic classification, such as white, Black, Hispanic or Asian.

Criminal justice researchers who study traffic stops use more complete driver data than released by the county so far to measure whether police departments apply the laws equally to members of all groups. They look, for example, at whether officers have stopped as well as searched minority drivers at higher rates than white drivers.

The Suffolk County Police Department has used a similar computer program to collect comprehensive data for several years under an agreement with the U.S. Department of Justice that addressed allegations of racially biased policing after the death of Ecuadorian immigrant Marcelo Lucero in Patchogue. A pack of seven teens, most of whom were white, beat Marcelo Lucero in an attack in 2008.

"Without this data, SCPD is unable to meaningfully assess whether there are disparities in search practices that suggest those practices are influenced by unlawful bias," the Civil Rights Division explained in a 2016 memo.

In October, Newsday found that Suffolk police had subjected Black and Hispanic drivers to tougher enforcement actions than white motorists during 230,000 traffic stops made over a two-year period ending in June 2020. Informed by Newsday that the Nassau police department had launched traffic-stop data collection, civil rights attorney Fred Brewington said, "That’s data they should’ve been collecting all along."

He noted advocates had sought Nassau traffic data for years, only to be rebuffed by the department.

"They’re refusing to do the analysis that’s necessary."

Additionally, Brewington said the department has been unwilling to examine racial disparities in the limited traffic information they collected as well as with other areas, like arrests. "They’re refusing to do the analysis that’s necessary," he said.

Brewington and a dozen other members resigned in January from an advisory panel created by Nassau County Executive Laura Curran to help recommend policing reforms. They charged that Ryder had released a reform plan without the advisory committee’s input and that county officials had denied they were working on a draft.

In the fall, civil rights advocates sharply criticized Ryder after he released incomplete information about traffic stops that ruled out definitive judgments about the department’s practices. He and Curran said then that the department did not collect fuller traffic stop data.

“We don’t pull a person over by the color of their skin.”

Ryder said that the department would release data collected by the new traffic stop program, which began Jan. 13, after they have six months of data.

"We’re being transparent and open to the public about what our numbers are," Ryder said in an interview before the system was rolled out. "If you pat somebody down, if you gave them a warning, if you give them a ticket, it’ll all be in there."

Commenting on the new data collection, Curran wrote in a statement:

"While community activists have been asking repeatedly for demographic data, the County has continuously responded that the data requested was not collected, and therefore cannot be provided. However, as a result of the same activist input, the Nassau County Police Department ordered the collection and compilation of demographic and other information during any traffic or pedestrian stop."

The statistics made public by the department in charts and graphs indicated that in 2019 officers made 87,729 stops during which they issued summonses. The document did not include potentially tens of thousands of stops at which police sent drivers on their way without tickets. At the same time, the department listed the race or ethnicity of drivers in only 13,293 stops and counted another 2,351 as "unknown."

In January, Nassau police provided Newsday a stop-by-stop breakdown of the 2019 stops where they collected demographic information.

Ryder, presented with the disparities, said his officers had evenhandedly enforced vehicle and traffic laws.

"We don’t pull a person over by the color of their skin," the commissioner said in an interview, adding, "I think percentage-wise, we're pretty close to the population. You're not going to get exact, right?"

Academics who have studied traffic-stop statistics as yardsticks for fair or biased enforcement described Nassau’s data as cause for concern, though the limited collection prevents authoritative conclusions.

"It's not something to be happy about. It's something to be concerned about. And it's troubling that a public safety official would minimize the racial disparities that are apparent in his own data," said Frank Baumgartner, a University of North Carolina at Chapel Hill political science professor and co-author of a 2018 book, "Suspect Citizens: What 20 Million Traffic Stops Tell Us About Policing and Race."

Plus, Baumgartner said, "the data that they’re releasing is extremely incomplete. I mean, that’s just not how people can build trust in the police, if the police don’t release simple demographic data on a routine basis."

The value of Nassau’s report was "quite limited," said David Harris, a University of Pittsburgh Law School professor who has studied traffic stops as part of a focus on race-related issues in law enforcement. Who police search is particularly important to determining whether police have applied their powers equally to whites and minorities on the road, he said.

"You see things here you wonder about, but you can’t tell a lot," he concluded, referring to the department’s cumulative numbers.

If Nassau officers consistently collect the information, Nassau’s system will enable analyses similar to those done in Suffolk, where the department posts traffic stop data on its website every quarter.

Suffolk’s data showed that officers had stopped and then searched the minority drivers and their vehicles at higher rates than experienced by whites, and had found contraband on Black and Hispanic drivers less often than on whites.

Suffolk officers pulled over Black drivers almost four times more often than white drivers, and Hispanic drivers twice as often, when matched against the size of the 2010 Census driving-age population of each group in the area patrolled by the Suffolk Police Department. The analysis was based on 230,000 stops over a two-year period.

In Nassau, advocates said that even with improved data collection the department should look at how to remedy disparities before an April 1 deadline to present a reform plan to the state.

"We want to fix the disparities that exist. And the way that you have to start fixing the disparities is by having a willing partner, being transparent, and owning the fact that there are disparities by their own data," said Tracey Edwards, NAACP of Long Island regional director, who resigned from the advisory commission in January.