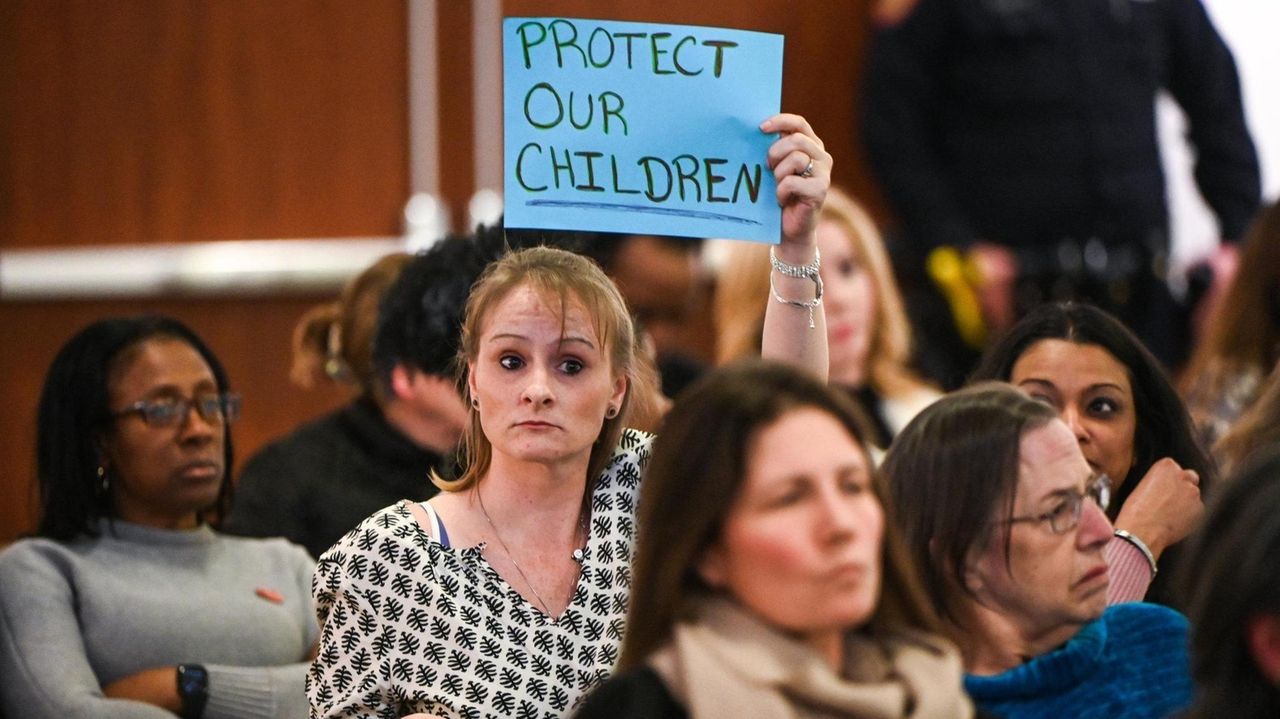 Nassau County had 40% of caseworkers exceeding recommended monthly caseloads in December, ranking 38th out of 64 CPS agencies statewide, according to a report from the state Office of Children and Family Services. Suffolk ranked 17th, with 12% of its workers exceeding the recommended amount that month. New York City, Westchester and Rockland counties had better rankings in caseload management, ranking in the top 15 with less than 5%, documents show.

“It’s completely unacceptable, oh my goodness,” Darcey Merritt, a professor at the New York University Silver School of Social Work, said of Long Island's caseload levels. “This is how we miss things.”

Thomas’ death prompted emotional calls to reform the Island's Child Protective Service agencies. Parents and advocates, during Nassau and Suffolk legislative hearings last week, criticized how the agencies handle cases. Some Nassau protesters called for the agency to be "shut down."

"If you have too many cases and too many kids, you can't spend enough time on each one," said Jerry Laricchiuta, president of Nassau Civil Service Local 830.

In Suffolk, where average caseloads have declined over the last year, caseworkers juggled nearly 20 cases on average per month at the beginning of 2019. Seventy-six workers had more than 15 cases a month in March, and six worked more than 30 a month in the first quarter, records show.

“We always find them to be inundated and overwhelmed,” Serena Liguori, director of the nonprofit social services agency New Hour for Women and Children of Long Island, said about Suffolk Child Protective Services.

Child welfare experts agree caseworkers can generally make better decisions about a child's needs when their caseloads are lower.

Thomas died Jan. 17, after being forced to sleep in the garage with no blankets or sheets at his family's Center Moriches home, police said. His father, NYPD transit officer Michael Valva, 40, and Angela Pollina, 42, were charged with second-degree murder and endangering the welfare of a child — counts related to alleged abuse of Thomas and his 10-year-old brother Anthony — in separate arraignments Thursday in a Suffolk courtroom. The two have pleaded not guilty and are being held without bail.

"Now everybody’s trying to do the right thing, but where were you when I begged you for help? When you could have saved my child’s life?” Zubko-Valva said after the arraignments of her estranged husband and his fiancee last week.

Suffolk officials are investigating what happened. Since Thomas' death, CPS officials said supervisors and administrators will review all cases with more than four allegations of child abuse or neglect that were deemed unfounded. Nassau officials also are taking steps to review their department, including plans to hire more caseworkers.

Chris DiFilippo, who was a Nassau CPS caseworker from 2009 to 2011, said he was so “inundated” with cases “that you had to rush” through them and sometimes was not able to see children as frequently as he was supposed to. He also said supervisors did not listen to feedback.

“I left because it just became a situation where I didn’t feel I was helping people,” said DiFilippo, of Woodbury, who now works in IT. “I don’t feel I was allowed to help people get better.”

Nassau CPS officials acknowledged during a legislative hearing Wednesday night in Mineola that some caseworkers have more than 30 cases a month — a figure Laricchiuta later called "absurd and outright dangerous." During the hearing, which was disruptive and emotional, protesters heckled Laricchiuta as he testified with dozens of CPS caseworkers about the difficulties of their jobs.

Laricchiuta said Nassau should hire more caseworkers and raise their pay. Nassau caseworkers earn a median salary of between $63,000 and $73,000 a year, a county spokesperson said. In Suffolk, caseworkers are paid about $66,136 annually on average, excluding supervisors and senior workers, according to the legislature's Budget Review office.

In November, Nassau officials cut 16 caseworkers in the 2020 budget. Nassau Executive Laura Curran plans to amend it to add 18 caseworkers this year, a representative said.

In Suffolk, high caseloads and heavy paperwork requirements mean caseworkers spend only about 15% to 17% of their time face to face with clients, said Daniel Levler, president of the county union that represents caseworkers. Studies have recommended nearly double that.

“We’re always concerned something could go wrong,” Levler said, adding the Association of Municipal Employees has advocated for additional staffing and new safeguards for caseworkers.

Concerns about high caseloads and insufficient staffing led Suffolk legislators in 2019 to pass a bill requiring social services to send quarterly reports to the legislature to monitor the issue. Legislators also have proposed adding CPS caseworkers in the budget the last two years.

Most recently, County Executive Steve Bellone vetoed a measure to add 28 positions, including eight caseworker trainees, at a cost of $1.69 million, saying needs could be filled through existing budgeted positions.

Bellone spokesman Derek Poppe said staffing at the agency reached 180 caseworkers in December, the highest level in eight years. It since has dropped to 171, according to the Budget Review Office.

Bellone has said he will wait for a review of how social services handled the Valva case before deciding whether to add caseworkers.

Greg Blass, a former Suffolk social services commissioner, said caseworkers were so overburdened from 2010 to 2013 that they often did not have time to return family phone calls.

“It was terrible,” said Blass, who retired as commissioner in 2013. “We were constantly, constantly lobbying the administration for the ability to hire more caseworkers.”

Even with higher caseloads — which experts said correlate to higher rates of recurrence of child abuse and neglect — Suffolk still had a lower recurrence rate, 13.7%, than the state average of 17.9% in 2016, according to the most recent figures available.

Funding for departments of social services often lag behind other areas because they lack public support and an awareness of what they do, said Jeffrey Reynolds, president of Family and Children’s Association.

“Taxpayers complain about potholes and quality-of-life issues that are high profile and directly impact them. They don’t see the thousands of kids in our communities quietly enduring abuse and neglect,” he said.

Kathleen Monahan, a professor at the Stony Brook University School of Social Welfare, said officials must prioritize how they spend taxpayer dollars.

But there are structural issues with CPS agencies aside from funding and caseload sizes, some said.

Critics said CPS has deemed cases unfounded — even when others have concerns about abuse or neglect — because either parents denied them entry into the home, a parent works in law enforcement or children would not talk to caseworkers.

Suffolk CPS officials acknowledged they cannot enter a home if a parent denies entry, unless the child is proven to be at imminent risk of harm. There is no psychologist on staff, and caseworkers do not record interviews. But they do receive weeks of state-mandated training, including on implicit bias.

About 75% of reports of child abuse or neglect in Nassau and Suffolk are determined to be unfounded, officials said.

About 1,750 children die from abuse and neglect in the United States every year, according to federal data.

CPS lawyer: Thomas Valva's brothers are doing well with momThe report on Anthony and Andrew — placed in their mother's temporary custody five days after their brother's death from hypothermia — came during a courtroom conference. 'We are Thomas' voice': Hundreds march in honor of 8-year-old boy Hundreds of people gathered to march in memory of Thomas Valva, the 8-year-old boy who died last month of hypothermia after being forced to sleep in an unheated garage. Thomas Valva remembered as 'playful,' 'sweet' child who loved to draw, sing and danceHe loved cars, especially Matchboxes and Hot Wheels. And the surest way to make him smile was to read him a story.