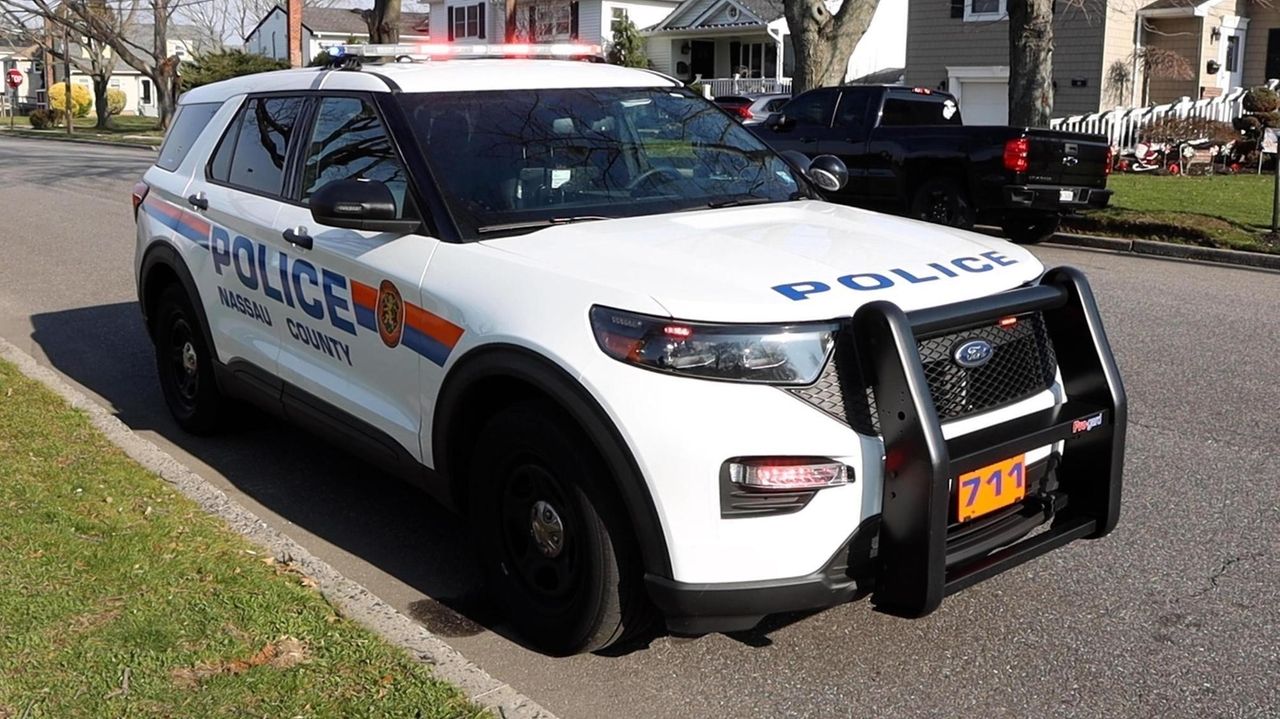 Nassau County Executive Laura Curran on Thursday announced a “Police Diversity Committee.” The committee will review police hiring and look at recruitment, testing and training. Newsday's Cecilia Dowd reports on this story, which is in response to a Newsday investigation on diversity in police hiring. Credit: Howard Schnapp; File footage

This story was reported by Jim Baumbach, Robert Brodsky, Paul LaRocco and David M. Schwartz. It was written by Schwartz.

Responding to the findings of a Newsday investigation, Nassau County Executive Laura Curran said Thursday that a newly established committee will study how the county hires police officers with the goal of increasing minority representation on Nassau’s overwhelmingly white force.

"Newsday’s investigation highlighted a genuine challenge," Curran said, adding "It’s essential that our law enforcement reflects the community. Having a police department that looks like the community is key to building that trust."

She announced her plan to form the committee at a news conference that had been scheduled to mark the one-year anniversary of George Floyd’s murder with the revelation that the county had purchased 2,500 body-worn cameras for Nassau’s department.

Suffolk County Executive Steve Bellone did not respond to requests for comment about Newsday’s "Barriers to Badges" investigation.

In a statement, Suffolk acting Police Commissioner Stuart Cameron wrote that the department is evaluating each step of its hiring process.

"We are committed to ensuring that our police department is reflective of the communities that it serves," he wrote. "Each step in the hiring process should be fair for all candidates who wish to join our department, and we are examining each step in this process and have made changes that we believe will improve the outcome."

Based on a review of more than 70,000 hiring records spanning nine years, the investigation revealed that joining the two county forces had been more than three times tougher for Black applicants than for white candidates and twice as tough for Hispanic job seekers.

A total of 6,539 Black applicants had tried to join the two departments — with only 67 winning jobs.

"We weren’t aware of those numbers," said Legis. Kevan Abrahams (D-Freeport), Nassau’s legislative minority leader. "I had no stretch of imagination, it was that bad."

"Whatever the reason is, it’s shocking that there seems to be some systemic flaw that causes this discrepancy," said Fred Klein, a Hofstra University Law School professor and former Nassau prosecutor who served on the county’s police reform committee.

"I don’t see any evidence of intentional discrimination," Klein said. "It may be the process or the exam, but obviously it’s a problem."

Shanequa Levin, a leader of LI United to Transform Policing and Community Safety, said: "We’ve known something is flawed in the process of hiring Black officers for years. We don’t see Black officers patrolling our communities, we don’t see them at our events, don’t see them when we’re pulled over. When you see results like this, you have to really look into the system we have."

Police hiring in both counties is governed by Civil Service procedures and consent decrees that grant the U.S. Justice Department power to oversee their employment practices. The decrees were put in place four decades ago in the hope of diversifying the forces. Both remain approximately 85% white.

The process in each county includes written exams and physical fitness, psychological and medical testing, as well as background investigations. Each step of the process in one or both counties eliminated candidates of color from consideration more frequently than white applicants. Employment experts said that the disparities showed evidence of potential unlawful discrimination.

Physical fitness tests, for example, disqualified Black and Hispanic applicants in Nassau at 2.1 times and 1.3 times the rate they dropped white applicants. In Suffolk, Blacks were dropped 1.6 times more often than other candidates.

Both counties use the same test — a regimen that demands performing situps and pushups in precise forms.

"You're telling me that a young man or young woman who's excelled in everything in their entire life gets bounced because they don't touch their chest to a sponge" while doing a pushup, said Hempstead civil rights attorney Frederick K. Brewington.

"I think if you're testing someone for physical fitness, you should be testing their overall fitness, not whether they can be trained or coached to do specific exercises," said Nassau Presiding Officer Richard Nicolello (R-New Hyde Park).

The Nassau County Police Diversity Committee announced Thursday will be headed by First Baptist Cathedral of Westbury Bishop Lionel Harvey, who serves as deputy director for the county’s Office of Minority Affairs.

Discussing Newsday’s overall findings, Suffolk Presiding Officer Rob Calarco (D-Patchogue) said: "We want to ensure the police department looks like the community it serves. And we haven't met that goal, even though we have strived to for a very long time."

He said that Suffolk’s police reform task force had not disbanded after issuing recommendations and should take up police hiring as an issue.

Suffolk legislative Minority Leader Kevin McCaffrey (R-Lindenhurst) emphasized that the Department of Justice has been monitoring the county’s hiring.

"If there's a problem with the hiring, or the lack of minorities, or they're saying that there is systemic racism in the hiring process, somebody should call the Justice Department and say, ‘What are you doing?’" McCaffrey said. "I don't think it's fair to be going to Suffolk County and make it look like we have systemic racism built into our hiring process, when in fact, the ones who control that is the Department of Justice. And they've overseen it for many, many years."

A spokeswoman for the Justice Department did not return a message seeking comment.

"When you have thousands of people like that even dropping out, it’s no way it’s the people’s fault. There has to be something wrong with the process. The power of Newsday reporting this in the fashion that you did — based on data, so it's not anybody's opinion — it's not hypothetical."

6,539 Black people tried to become police officers on LI. Only 67 were hired.Minority applicants weren't hired nearly as often as white ones in the past decade, and experts see "clear evidence that it is not the people, it is the process" causing the disparity. LI civil rights leaders criticize Ryder comments on lack of diversityLeaders said the Nassau commissioner relied on negative stereotypes of minority families to explain his department's failure to attract more diverse candidates.