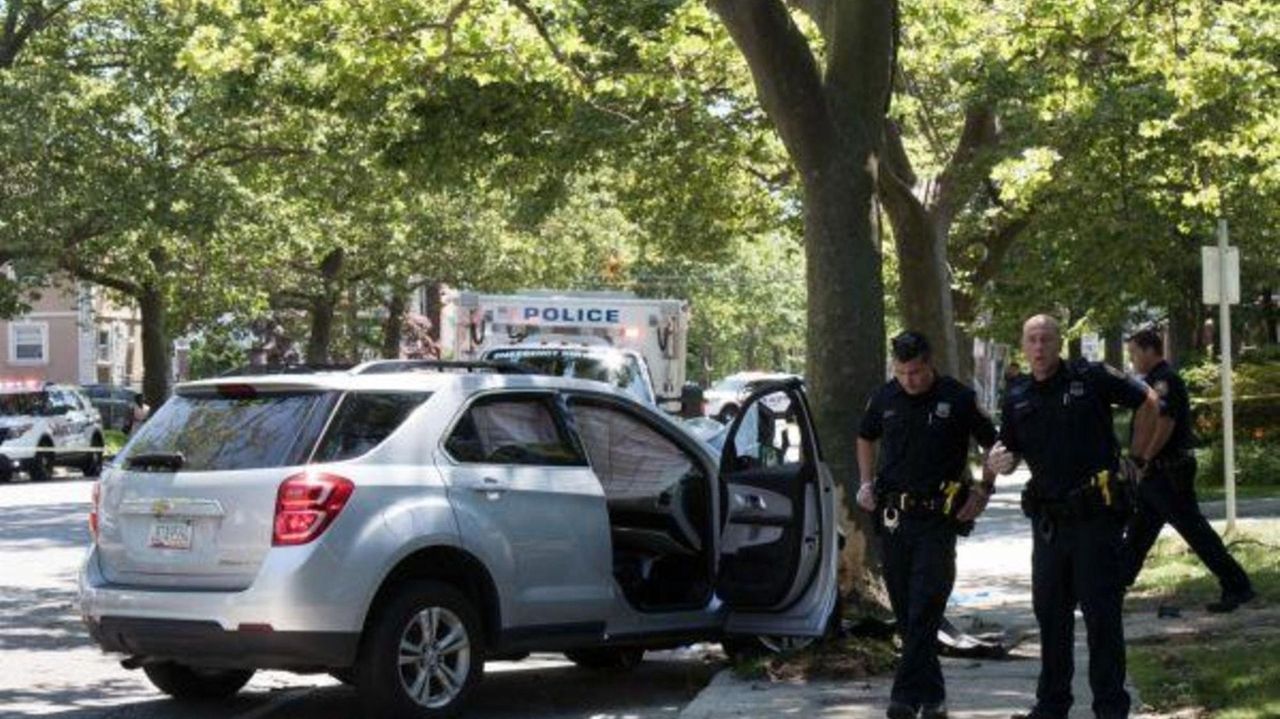 A single-car crash that injured three people on Jerusalem Avenue at Clare Road in Uniondale on Sunday, July 9, 2017, closed the road to traffic to allow authorities to investigate. Credit: News 12 Long Island

A 3-year-old girl was killed in a motor vehicle crash on Sunday morning in Uniondale, police said.

The 2016 Equinox, driven by a 66-year-old woman, struck a tree, police said. The driver suffered back and neck injuries and the 3-year-old girl was pronounced dead at a hospital at 12:35 p.m. The child’s 28-year-old mother had lower leg fractures, police said.

The occupants of the 2017 Equinox were not injured, police said.

Police did not release the identities of anyone involved in the crash.