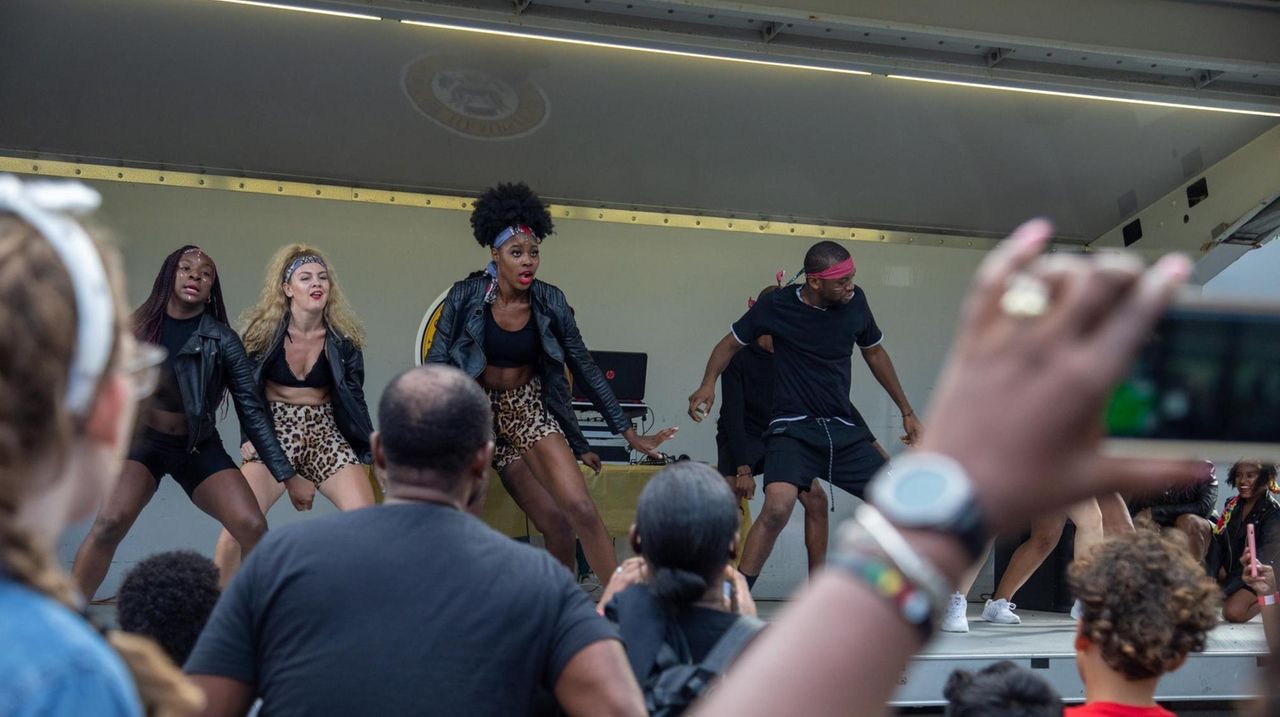 Lisa and Cosmas Collins were shocked to learn Long Island doesn't have an Afrofest even though it's a staple in places like Manhattan, Toronto, Detroit and Chicago.

Their dismay led the Baldwin couple to create one in Baldwin. The Collinses began planning Afrofest Baldwin in April and held it Saturday at the Baldwin Community Garden.

Saturday was about letting attendees "have fun, listen to the music, and understand how the African diaspora affects our everyday life, from food to music to clothing," Collins said.

More than 100 people attended the festival and the biggest draw was the Afrobeat music.

Afrobeat is a music genre that has existed for decades, but has received increased attention in recent months. The sound typically has a foundation of up-tempo traditional African drums paired with either dancehall, reggae or rap.

Long Islanders should hear Afrobeat, Lisa Collins said, because Africa is part of the heritage of many Hempstead Town residents, including those in Baldwin.

"I think it's important, when people live in a community, for the best of it [that community] to be represented," she said.

Collins and other organizers said they wanted to attract people of all ethnicities while making the event safe for children to have fun playing. As adults bought African-themed clothes and trinkets from the almost 20 vendors, kids sat for face-painting and chased each other around the garden's green space.

"This music unites people," Cosmas Collins said. "This music is about the celebration of life."

Attendees were also treated to a dance performance from Afro Afriqué, a Manhattan-based dance troupe of about 56 that uses Afrobeat for their productions. Troupe owner Judith McCarty said she was excited to see attendees dancing along while her team was on stage.

“Sometimes people are too focused on getting the steps [of a dance] correct and it’s not about the steps,” she said. “It’s about what [the music] feels like.”

Lisa Collins said Saturday's event was a success in her eyes. She and her husband are planning to have another Afrofest next year. The goal over time is for Afrofest to be ingrained in Long Island's lengthy slew of cultural events like St. Patrick's Day or Oktoberfest, she said.