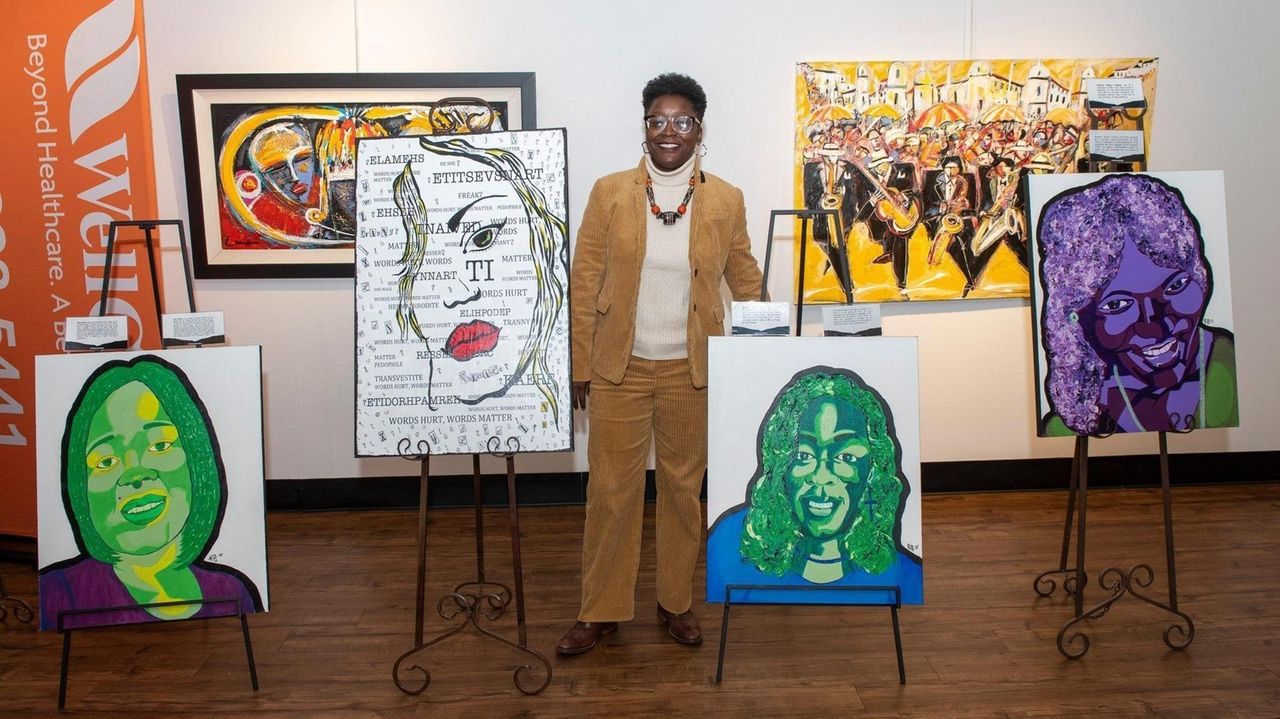 Nearly 100 Hempstead-area residents on Sunday, along with officials from nonprofits throughout the county and others, celebrated the lives of those living with HIV, and those who have died of AIDS-related complications, at the fourth annual World AIDS Day commemoration at the African American Museum of Nassau County in Hempstead. They also talked about how to stop the transmission of HIV, and to help HIV-positive people live better lives. Credit: Howard Simmons

“We’re following the data,” Blue said, referring to statistics that show Hempstead has the county’s highest rate of new HIV diagnoses. “It leads us right back to this community.”

Nearly 100 Hempstead area residents, along with officials from nonprofits throughout the county and others, celebrated the lives of those living with HIV, and those who have died of AIDS-related complications. They also talked about how to stop the transmission of HIV, and to help HIV-positive people live better lives.

Hempstead is more than 90% black and Latino, and black and Latino residents of Long Island are far more likely to be HIV-positive than whites or Asians, state health department data shows.

In 2017, 131 black and Latino residents of Long Island were newly diagnosed with HIV — more than three times the 41 new white HIV diagnoses, even though more than 60% of Long Islanders are white.

N. Rick-Anthony Richards Jr., director of the HIV program of Five Towns Community Center Inc., a Lawrence-based group that has an HIV program satellite office in Hempstead, said one way to reduce HIV transmission in the black and Latino communities was to have more black and Latino education and outreach workers.

“Folks feel more comfortable talking to folks who look like them,” Richards said. “Your program needs to reflect the community.”

Bishop Stacey Latimer of Love Alive International Sanctuary of Praise Worship Center in Manhattan said, “There are things that happen in our culture that a lot of other cultures don’t understand, whether it’s how we relate to religion, whether it’s how we communicate with each other, whether it is understanding how racism has impacted us.”

Latimer, who is HIV-positive and has been active in promoting HIV/AIDS education in New York City churches, said more outreach must take place through churches, which, he said, “is the doorway into the African American community.”

Jessica Clark, a community outreach liaison with Northwell Health’s Center for AIDS Research and Treatment in Manhasset, urged attendees to talk with family members, friends and others about HIV, even if it is uncomfortable.

But, Clark said in an interview, education and awareness aren’t enough to combat the high rate of HIV in the black community.

“HIV is not just a condition,” she said. “It’s a social issue. It involves poverty, it includes racism, it includes redlining, it includes access to resources and quality health care.”