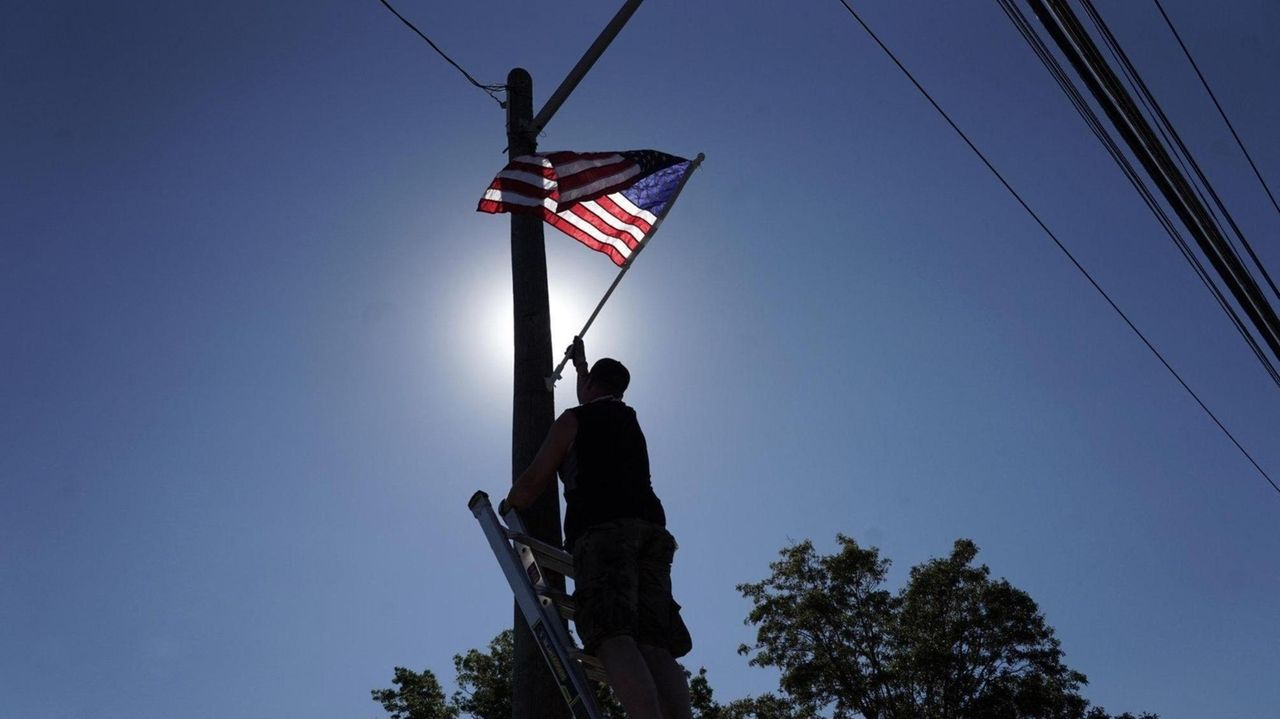 Old Glory has a new home along Wantagh Avenue — about 150 new homes.

The American flags went up Sunday on Wantagh Avenue between Merrick and Hunt roads, and on side streets like Park and Railroad avenues, part of a patriotic effort in Wantagh by 36-year-old Nicole Bland and her husband Matthew, 40, in advance of Labor Day and the 9/11 anniversary.

“It blew up overnight,” Nicole Bland said in an interview, describing how the concept took off online, with some neighbors joining in and putting up their own flags. Such efforts have also been seen in other Long Island communities.

On Sunday, the couple and others took to the street with pickup trucks and ladders and put the flags on lampposts that would be lit at night — so the flag is never in the dark — in accordance with flag protocol.

While the flags were going up, a woman out exercising approached and said she appreciated the effort and wanted to donate but had no cash with her. Only her phone.

Venmo was suggested, and the woman sent in a donation via the app.

The flags cost about $35 each — which includes the kit to hang the flag. The local Home Depot is giving the fundraising project a boost: 20% off materials, money she’s using to buy an extra flag for every five flags purchased with the help of neighbors.

It took 2 or 3 minutes per flag, with the help of neighbors, to put up, Nicole Bland said.