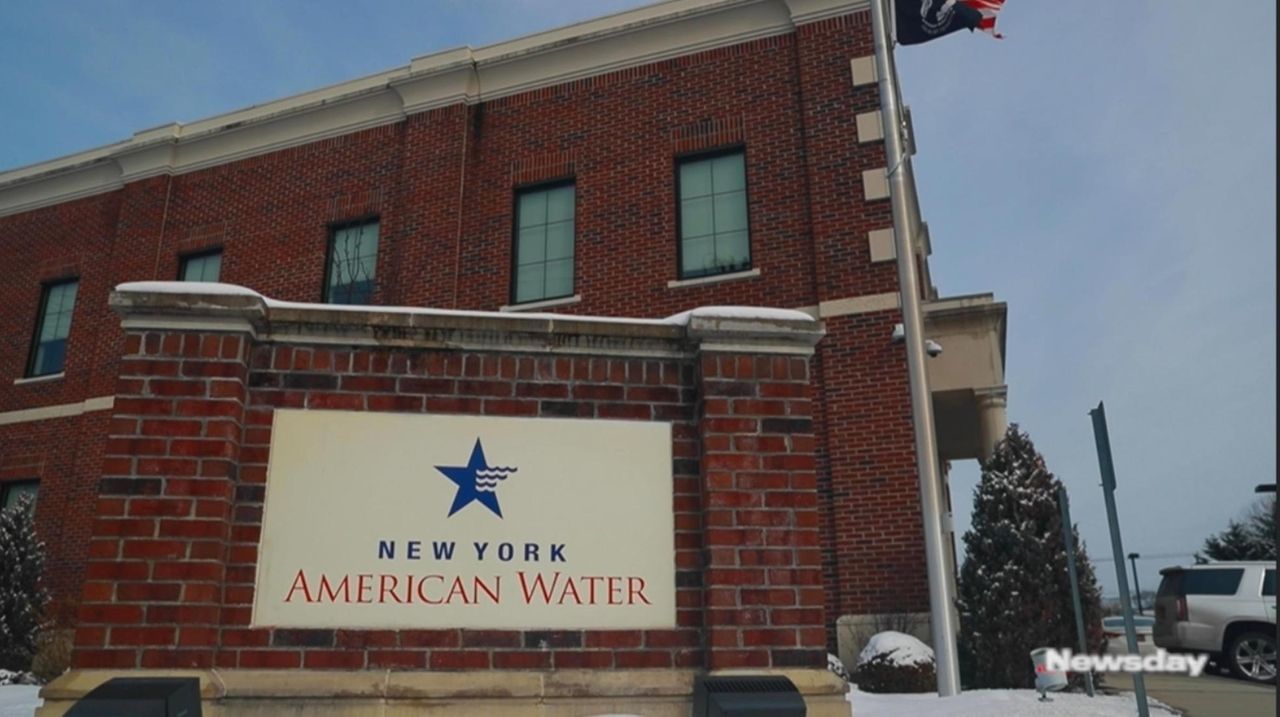 Hempstead Town officials are calling on New York State to fund a takeover of New York American Water, the latest in a series of proposals aimed at taking public the embattled company as it seeks to sell itself for $607 million. Credit: Newsday / Raychel Brightman

Hempstead Town and other local officials on Thursday called on New York State to fund a takeover of New York American Water, the latest in a series of proposals aimed at taking public the embattled company as it seeks to sell itself for $607 million.

Hempstead Town Supervisor Don Clavin, state Assembly members and Nassau legislators called for "immediate action" by the state to provide "relief to residents who have been overpaying for water services."

Clavin, in an interview, said the town has "so many stakeholders who are supportive" of a state takeover of the system, which serves more than 120,000 Nassau residents, from East Rockaway to Sea Cliff.

He criticized the state Public Service Commission for "dropping the ball" on oversight of New York American Water, but at the same time said he didn't have a problem with the state financing and running a new public water authority.

"Now is the time for the state to act," said Clavin, adding that he has "faith in the governor's ability to appoint competent people at the state level to run this."

Clavin said the prospect of a Hempstead Town takeover was a nonstarter based purely on the cost. "We looked at that," he said. "The town comptroller said it would be a massive load on town taxpayers, that it could result in a bigger burden on taxpayers." Worse, he said, "the public takeover cost is more than the town's entire budget."

The state, he said, is better able to "set the mechanism in place to take it over, and finance the debt."

The town’s suggestion of a state-funded takeover comes as the state Department of Public Service and its counsel for ratepayer protection, Rory Lancman, conduct an expedited review of options to make the water company a public entity. Lancman debunked the notion of a state takeover in an interview with Newsday Thursday.

"If Hempstead is suggesting that New York American Water be municipalized and run by a new public authority, that’s certainly something the governor has charged us with studying," Lancman said. "If Hempstead is suggesting that New York State directly take over and run a local water district, well that's the definition of infeasible: expecting the state to do the job that Hempstead’s own hired expert concluded should be done by Hempstead itself."

Lancman said that town and other officials "instead of standing in front of a bank of microphones and TV cameras calling for a solution that does not exist, should be standing in front of a gigantic mirror. The governor is committed to achieving rate reform while maintaining local oversight of water service delivery, and our study will produce a plan to do just that."

Entities, including the Village of Sea Cliff, the Massapequa Water District and even Hempstead Town, have evaluated the prospect of a public takeover of the water system, and all have found a takeover "feasible."

But Hempstead’s water commissioner, James Reinhardt, in a filing separate from the town's independently conducted study that found a takeover feasible, spurned the idea of a town takeover. He argued that borrowing the hundreds of millions needed to do it would cripple town finances. Critics, such as watchdog group Long Island Clean Air, Water and Soil, have dismissed that claim, pointing to savings customers could see in urging the town to take over a portion of the system.

New York American Water, which has endured state and other investigations and customer outrage over soaring bills and irregularities, has said a sale to privately held Liberty Utilities, along with nixing special taxes the company pays, are the best options for customers.

"A public takeover would lead to an increase in the debt service obligations of Long Island residents by hundreds of millions of dollars," Lynda DiMenna, president of the water company, said in a statement last week. "We do not believe this is a financially prudent option for our customers in the midst of a global pandemic and unemployment crisis."