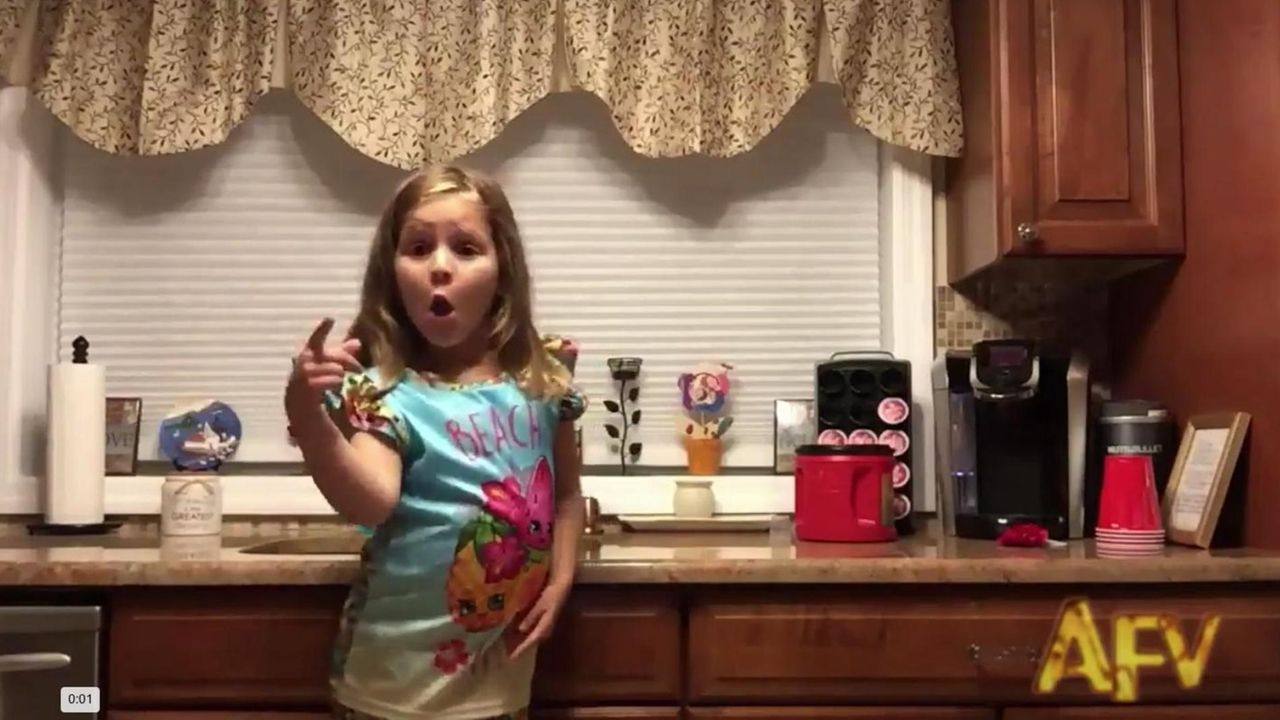 Lia Valenti, 6, often makes videos of herself dancing and singing using the family’s iPad, her father, Robert Valenti said. In one such video she made back in September, the precocious kindergartner recorded herself lip-synching to the Taylor Swift song, “Look What You Made Me Do.”

She strikes a pose in front of her kitchen sink, mouthing the words to the song. She then tries to lift herself onto the counter behind her but accidentally falls into the sink and turns the faucet on during her tumble.

Lia’s mother, Jessica Valenti, 39, said after she found the footage, she couldn’t help but crack up.

After showing the video to a couple of friends, Robert Valenti, 37, submitted the video to “America’s Funniest Home Videos”, not thinking it would ever be selected for the show.

“Everyone we showed it to got a kick out of it,” Robert Valenti said. “But I’m sure they get thousands and thousands of video submissions. I never thought we’d hear back from them.”

The family learned last Wednesday that Lia’s clip would appear on a new episode of the show, Robert Valenti said. There is a different song used in the clip than the one in Lia’s original video.

At first, Lia said she wasn’t excited about the video’s popularity because she was “embarrassed” by the mishap. Lia changed her mind after learning she would be on television.

“I’m happy,” Lia said excitedly, adding that she told all her friends and kindergarten teacher to watch her video Sunday night.

1:05
Cedarhurst man accused of threatening cops, Jewish leaders
Oyster Bay may confiscate food trucks over code violations
LI man defrauded investors of more than $700,000, feds say
2:14
Analysis: School taxes could go up average 1.38%, lowest increase in five years
Newsday wins Headliner awards for Grumman Plume probe, photos
1:04
10 years ago, they were valedictorians. Where are they now?
Didn’t find what you were looking for?