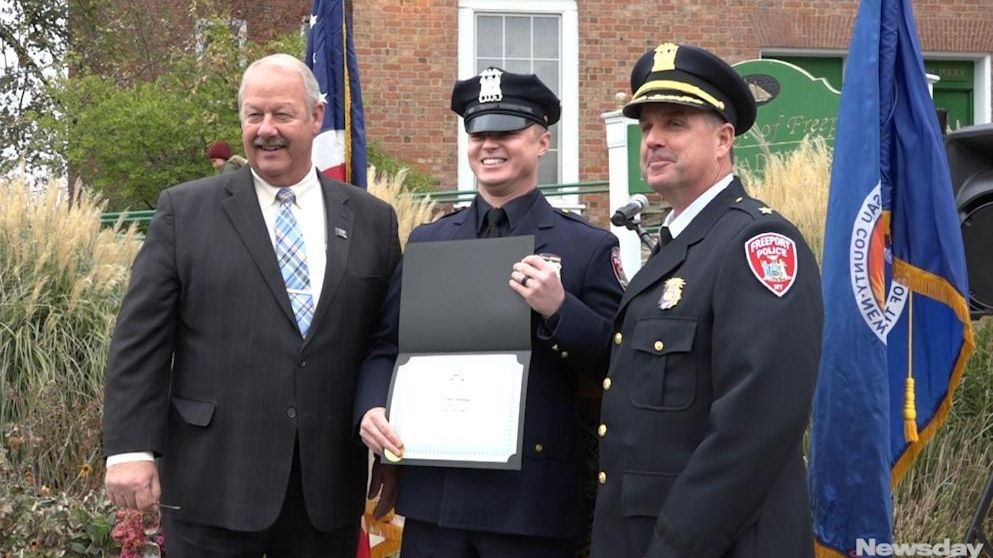 An Arizona man in need of medical help was rescued by a Freeport police officer last week after the man's vehicle triggered the village's license plate readers. Deputy Chief Mike Smith said the man had driven into Freeport on Nov. 7, setting off a call to all of the police department's active vehicles.  Credit: Howard Schnapp

An Arizona man in need of medical help was rescued by a Freeport police officer last week after the man’s vehicle triggered the village’s license plate readers.

Deputy Chief Mike Smith said the man had driven into Freeport just after 12:30 a.m. on Nov. 7, setting off a call to all of the police department’s active vehicles via the license plate reader system.

The man had been reported missing and endangered in Phoenix, Arizona, and his license plate had been flagged in the report. Smith said the LPR he drove past, part of a system that circles the village, alerted local police he may be in need of assistance.

Officer Robert Salisbury was the first to spot the car near Sunrise Highway and Brookside Avenue, Smith said.

“He was able to locate that vehicle and bring it to a stop at the intersection of Henry Street and Sunrise Highway,” he said.

After talking with the driver, Salisbury determined the driver was the missing man and was in need of medical help. He arranged to get the man to a hospital, where he was treated.

“In the last six months, we’ve had five cases that we’ve recovered missing persons,” he said outside the department Tuesday. “The most recent one was last night.”

“The equipment we installed here is not only for crime prevention and apprehension of criminals,” he said. “It’s really helped in the last years for people that were missing.”

Kennedy presented Salisbury with a citation Tuesday outside of the department.