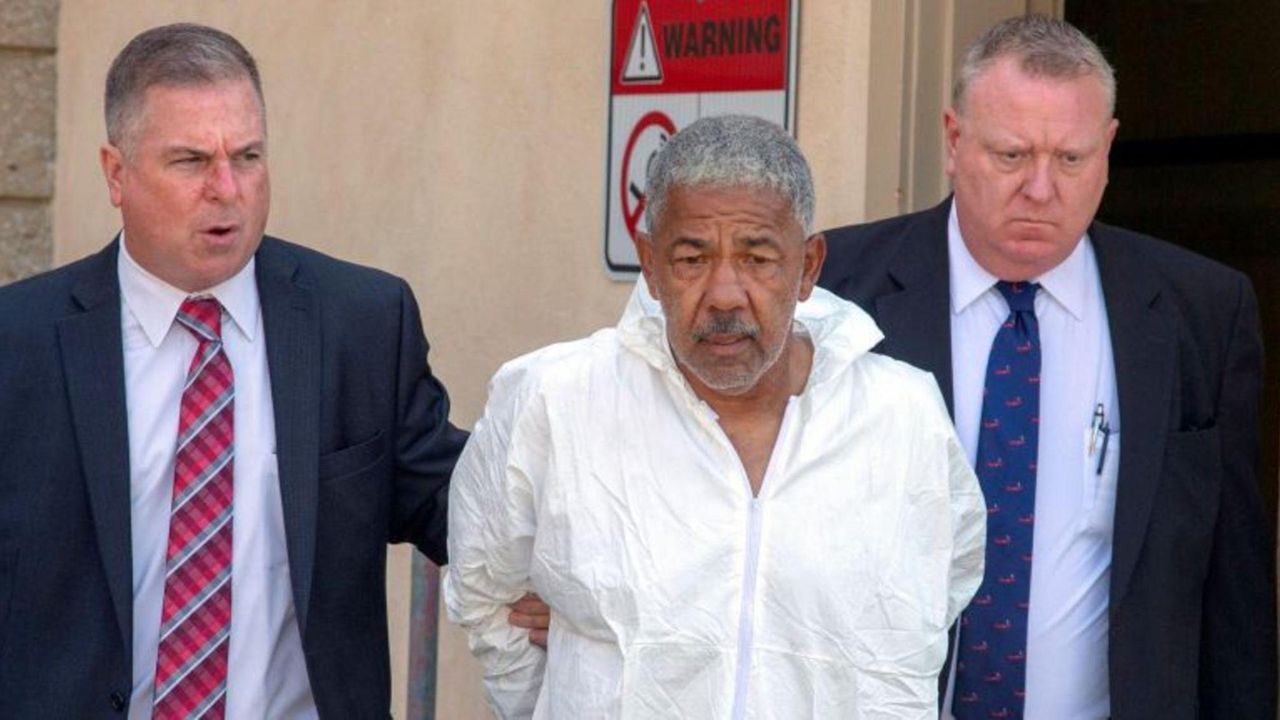 Lawrence Grammer, 71, of Glen Cove, accused of fatally shooting a co-worker Saturday was arraigned at Nassau police headquarters in Mineola on Sunday. The Glen Head gas station employee, who was charged with second-degree murder and first-degree criminal use of a firearm, had fought with the victim the day before, Nassau police said. Credit: Jim Staubitser

The Glen Head gas station employee accused of fatally shooting a co-worker Saturday had brawled with the victim the day before, Nassau police said.

Det. Lt. Stephen Fitzpatrick of the Nassau police homicide squad said Lawrence Grammer, 71, of Glen Cove, brought a .45-caliber gun to work on Saturday because he anticipated another confrontation with his co-worker at a Citgo station at 126 Glen Head Rd. in Glen Head.

"There was friction," Fitzpatrick said during a news conference at Nassau police headquarters in Mineola Sunday. "They did not get along."

Fitzpatrick identified the victim as Bashir Ward, 35, of Valley Stream. His parents, Mohamad and Samira Ward  of New Hyde Park, said Ward was a hardworking man who was devoted to his wife and 5-year-old daughter.

"Why? Why? Why?" Samira Ward cried shortly after attending Grammer's arraignment at First District Court in Hempstead. "I want my son back."

Grammer is charged with second-degree murder and first-degree criminal use of a firearm. He pleaded not guilty at his arraignment Sunday morning at First District Court in Hempstead before Judge David Goodsell, who ordered Grammer held without bail.

Grammer, wearing a white Tyvek coverall, did not speak or show emotion as he was led out of Nassau police headquarters earlier Sunday.

Grammer is a registered sex offender who had been convicted of third-degree rape in 1997, according to Nassau police and court records.  Fitzpatrick said Grammer’s criminal history also includes convictions for criminal contempt and third-degree assault, both misdemeanors.

Mohamad Ward said gun laws needed to be beefed up to prevent people like Grammer who have been convicted of violent crimes from obtaining firearms.

"The gun laws are too soft. Anybody can get a gun," he said. "He shot my son in cold blood."

Ward intervened after Grammer and a third person got into an argument Friday afternoon, police said. The confrontation between Ward and Grammer turned physical before it was broken up.

Grammer had worked at the Citgo for about 15 years, Fitzpatrick said. Ward had been there for less than a year. Fitzpatrick said police did not know what the argument was about but said the two men didn’t like each other.

“They didn’t get along," the detective said. “Bashir taunted him and called him certain names, according to [Grammer].”

Grammer went to his car and got his weapon after the conflict sparked up again Saturday morning, a couple of hours after the two men returned to work. Grammer shot Ward once in the head, police said. Ward was pronounced dead at the scene by a Nassau police medic.

"There is too much evil in this world," Mohamad Ward said.

Cuomo: NY 'fully back' to lower virus levels from holiday surge
1:35
For LI's vulnerable homeless population, a place to get vaccinated
EX-NYPD officer pleads guilty to obstruction in murder-for-hire plot
Binghamton University student from LI dies in hiking accident
Parking passes for Bethpage Air Show go on sale Monday, Cuomo says
Should kids get a shot? Long Island parents differ on COVID-19 vaccine
Didn’t find what you were looking for?