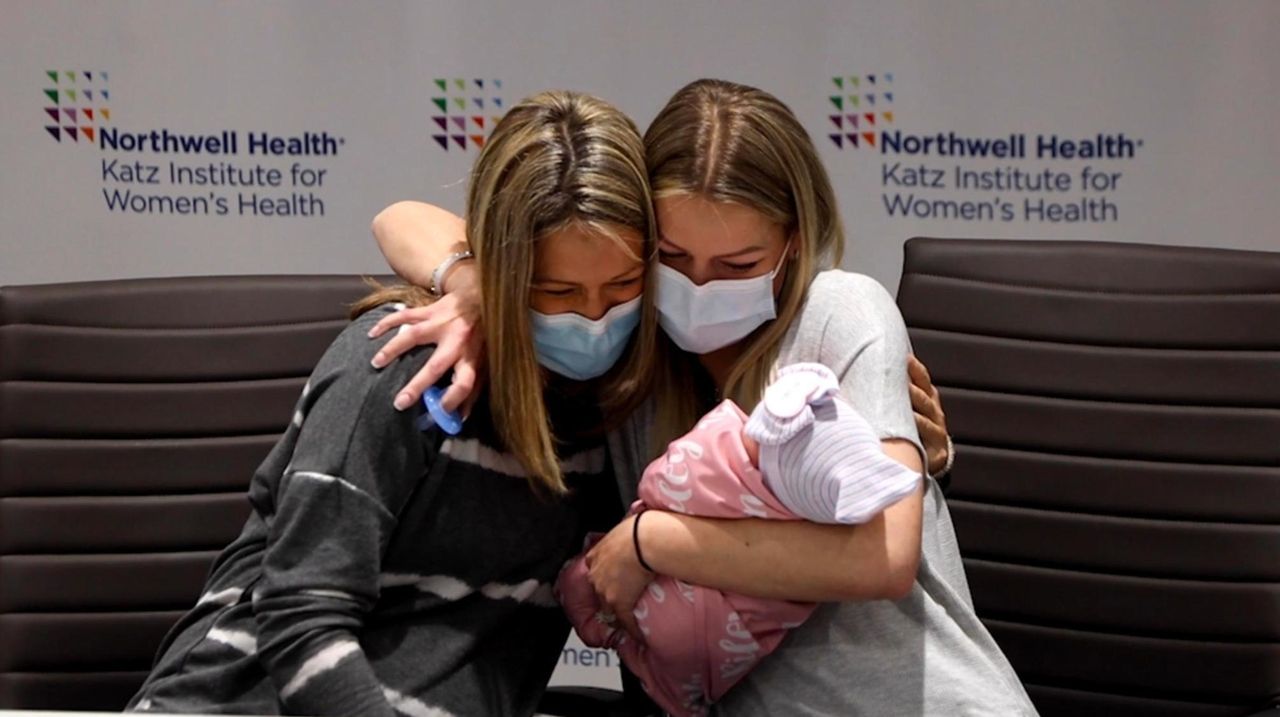 A Syosset woman who donated a kidney to her younger sister years ago has delivered another special gift for her — a baby girl.

Christine Zammit, 41, agreed to be a surrogate for her sister, Katie Monte, 37, who developed cystic fibrosis at 13 months old, then went on to survive two lung transplants in 2011 and 2015.

"I never thought this moment would happen and I’m just so incredibly grateful and blessed that Christine was able to do this for me and for us," said Monte at a news conference Wednesday at North Shore University Hospital in Manhasset.

Holding Riley in a pink blanket, Monte of Bayside, Queens, called her "a miracle." The infant was 7 pounds, 3 ounces at birth.

Zammit, who donated the kidney to her sister in 2014, said the blessing of being healthy and with two boys — ages 11 and 13 — is not lost on her. "I feel very lucky in my life and I’m happy to pay it forward and especially to my sister," she said.

Monte was advised that because of the medications to help her battle cystic fibrosis, carrying a baby was not considered safe.

Cystic fibrosis is a life-threatening progressive disease, which causes a buildup of thick mucus in a person’s lungs and can lead to infections and respiratory failure.

Monte, the youngest of five siblings, began harvesting her eggs in 2019 and the transfer of embryos, beginning the surrogacy process, took place in August.

Zammit said the hardest part of carrying a child was not having her sister able to attend many of the doctor's appointments with her. But luckily, she said, they spoke during the visits using FaceTime.

"The fact that [Katie] has now survived two lung transplants and a kidney transplant and she is beautiful, healthy and now a new mom to a beautiful Riley," said Rothstein. "And her sister is probably one of the most selfless people you’ll ever meet."

As for Riley, Monte said, she will learn all about Zammit's special gifts to her mother when she gets older.

"I think it’s an important part of her story and I want her to know how special and amazing her aunt is," she said.