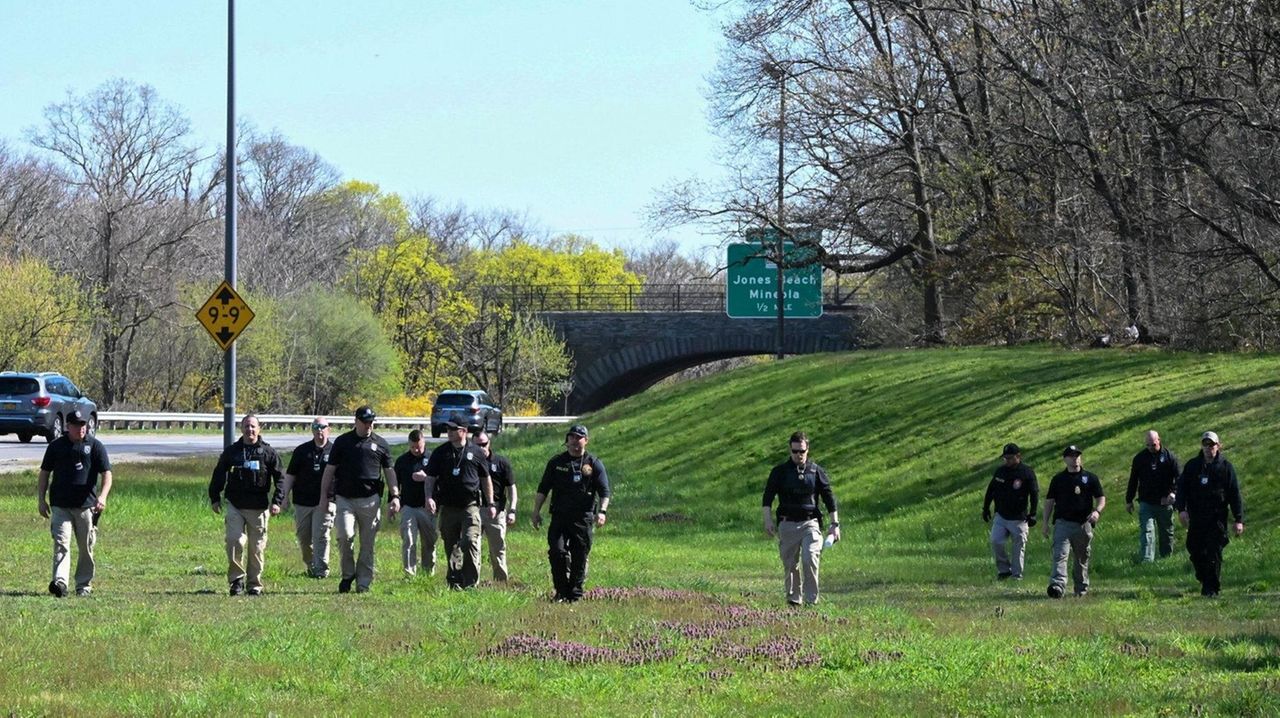 The intensive search for a little girl spotted wandering barefoot through a gas station parking lot late Tuesday night in Roosevelt ended with relief Wednesday morning, when the child "was found unharmed and safe" in Queens, police said.

Though the NYPD confirmed the girl was found within the confines of the 101st Precinct, which serves Far Rockaway and Bayswater, Nassau County police remained guarded in providing additional details Wednesday.

Nassau police spokesman Det. Lt. Richard LeBrun told reporters at a news conference Wednesday morning in Roosevelt that detectives were interviewing family members and anyone who had been in contact with the girl within the past few months, but he did not explain how the girl got to Queens. LeBrun said only that the girl is 8 years old — and that she was found "unharmed and safe."

He did not say how she was found or with whom, nor did he say exactly where police located her.

LeBrun praised the importance of video surveillance that enabled police "to track exactly where she was walking" after the girl left the gas station.

Police "found that she did visit and frequent another residence here in Roosevelt," LeBrun told reporters, and "there was a connection" between that residence and the one in Queens.

The incident began when a 911 caller reported seeing the girl, then believed to be between the ages of 7 and 10, walking barefoot through the parking lot of the BP gas station at 533 Nassau Rd. in Roosevelt.

The caller took a cellphone photo of the girl, who wore a white and blue horizontal striped shirt, pink pajama pants, large hoop earrings and had no shoes, coat or jacket, police said. LeBrun, who praised the caller as "a very concerned citizen of this community," said the woman followed the girl north on Nassau Road and across the bridge over the Southern State Parkway, before the child disappeared into a wooded area along the parkway.

"She felt," LeBrun said of the 911 caller, "there's something wrong here. … She tried to talk to the young girl. The young girl walked away from her."

LeBrun said search teams, including aviation and K-9 units, uniformed officers and State Police, canvassed the area from about 11:45 p.m. Tuesday until almost 3 a.m. Wednesday, shutting down the Southern State Parkway in the area near Exit 21, Nassau Road. That search proved fruitless, he said.

On Wednesday morning, LeBrun said, the search continued, with about 100 Nassau police officers, including aviation, K-9, Bureau of Special Operations officers and specialty officers using drones, searching wooded areas off the north and south shoulders of the Southern State, and going door-to-door in the neighborhood along the Roosevelt-Uniondale border looking for the girl.

At one point, officials said, even Nassau Police Commissioner Patrick J. Ryder was involved in the ground search.

LeBrun said officers reviewing surveillance camera footage from the gas station convenience store, which showed the girl entering and leaving without buying any items, confirmed the girl arrived at the station on foot rather than in a vehicle. He said no one had reported a child missing.

However, LeBrun said, interviews with neighborhood residents, information gathered from school resource officers working with local school officials, as well as reviews of surveillance footage from area homes, allowed detectives to piece together a timeline that eventually led them to determine where the girl might be. He would not clarify further, saying only that the girl "has been found unharmed and safe" — and that the investigation would continue.

1:25
Doctors disagree on whether Cuomo's decision to lift restrictions is wise
Comptroller: Long Beach relying on 'one shot revenues' to balance budget
3:19
No criminal charges for many drivers in crashes that kill pedestrians, bicyclists
Cops: Body found in burned out car fire in backyard of home
Hempstead man convicted of murder in 2018 shooting
ID theft in New York surged 85% in 2020, DiNapoli says
Didn’t find what you were looking for?