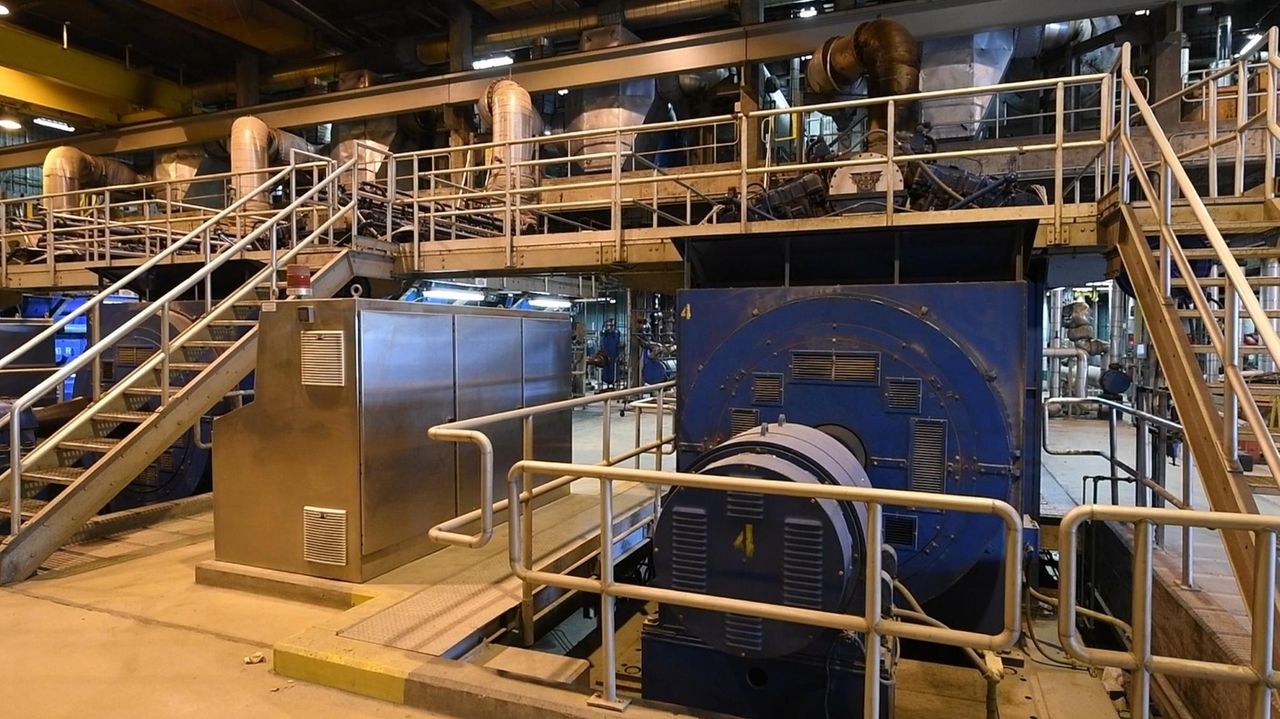 Knocked offline during superstorm Sandy, the plant required significant upgrades to its electrical systems, and the county received $810 million from the Federal Emergency Management Agency to restore and harden it against future storms.

But more than five years after the 2012 storm, many upgrades have been accomplished but generators are still powering most of the plant.

The plant has a small hookup from PSEG Long Island but relies mostly on generators to power it. County officials said a new, more significant power supply is needed for current and future operations.

“The generators are not enough,” said the Senate minority leader. “We need a secure, strong power source.”

Schumer (D-N.Y.) said he has been pushing FEMA to sign off on the plan for six months. “I’m at my wits’ end. They should have done this without prodding. I don’t know a substantive reason to not do this.”

FEMA did not respond to a request for comment.

County Executive Laura Curran said the request is not for any funding but rather an approval, and delays could set back plans to connect Bay Park to an outfall pipe at the Cedar Creek Wastewater Treatment Plant.

“Please cut the red tape so we can do our job,” Curran said.

FEMA needs to sign off on the plan, but federal rules require contracts to be competitively bid, said Christopher Nolan, the county’s deputy director of the office of management and budget.

In this case, though, the only electrical supplier is PSEG-LI. No waiver is available and “that’s sort of the conundrum here,” Nolan said.

Emily C. Dooley has worked at Newsday since 2010 and covers the environment and superstorm Sandy recovery on Long Island.

$5M FEMA grant comes through on sewage projectFederal officials have secured more than $5 million to begin the first phase of a ... $350M announced for sewage pipe extensionMore than $350 million in county, state and federal funding will be used redirect treated ... 5 years later: Superstorm Sandy’s effects remain on LIHurricane Sandy sprung to life in the central Caribbean on Oct. 22, 2012, more than ...