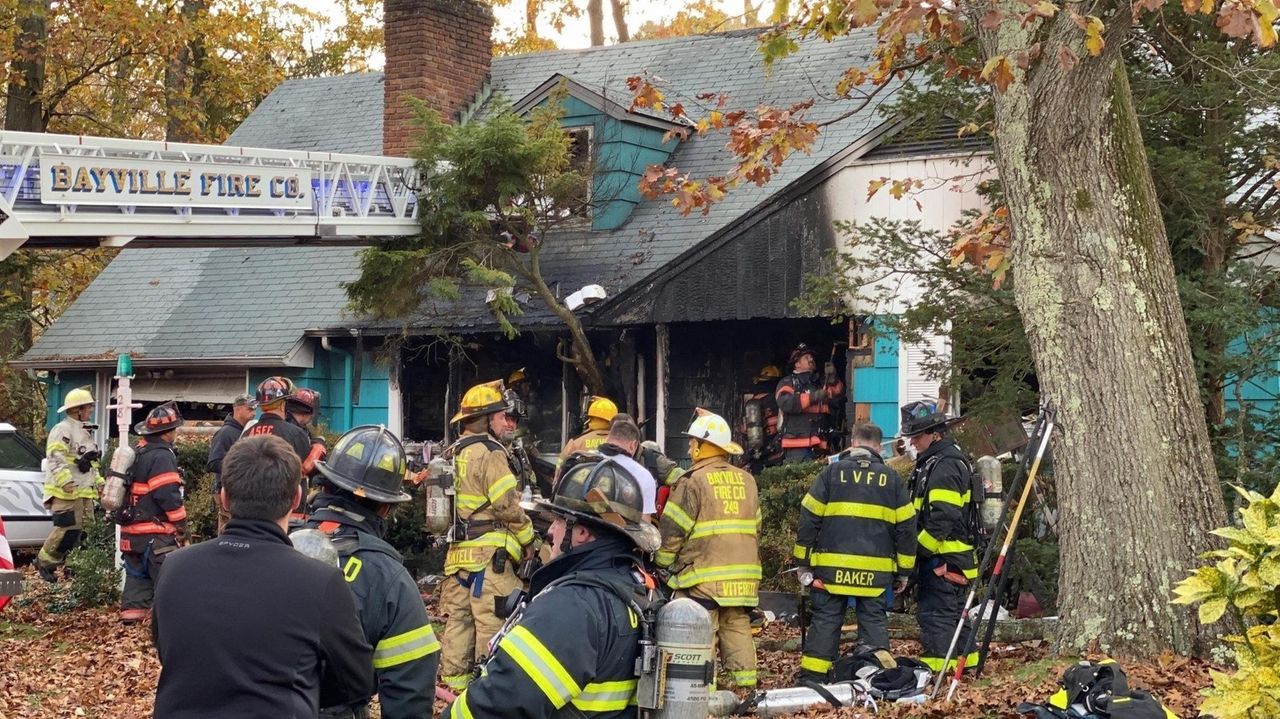 Firefighters at the scene Monday of a Bayville fire where a 94-year-old woman was pronounced dead. A second occupant of the house who suffered serious injuries in the fire has died, Nassau police said Thursday. Credit: Kendall Rodriguez

A woman killed after a fire engulfed a Bayville home on Monday afternoon has been identified.

Nassau County police said Wednesday morning that the woman has been identified as Sonia Baron, 94. A man who was critically injured in the fire has not been identified.

More than 100 firefighters from eight departments responded to the 1:58 p.m. blaze in the Bayville Park Boulevard home, Nassau police said. Authorities pronounced Baron dead at the scene while the other was in critical condition Monday night at a hospital, police said.

Three firefighters were treated at a hospital for minor injuries, police said.

Bayville Village Mayor Robert De Natale, who was at the scene, said the occupants of the home are a couple and the person airlifted was an elderly man.

Uttaro said the cause of the blaze is being investigated by the fire marshal's office and the Nassau County Police Department's Arson/Bomb Squad, which is routine.