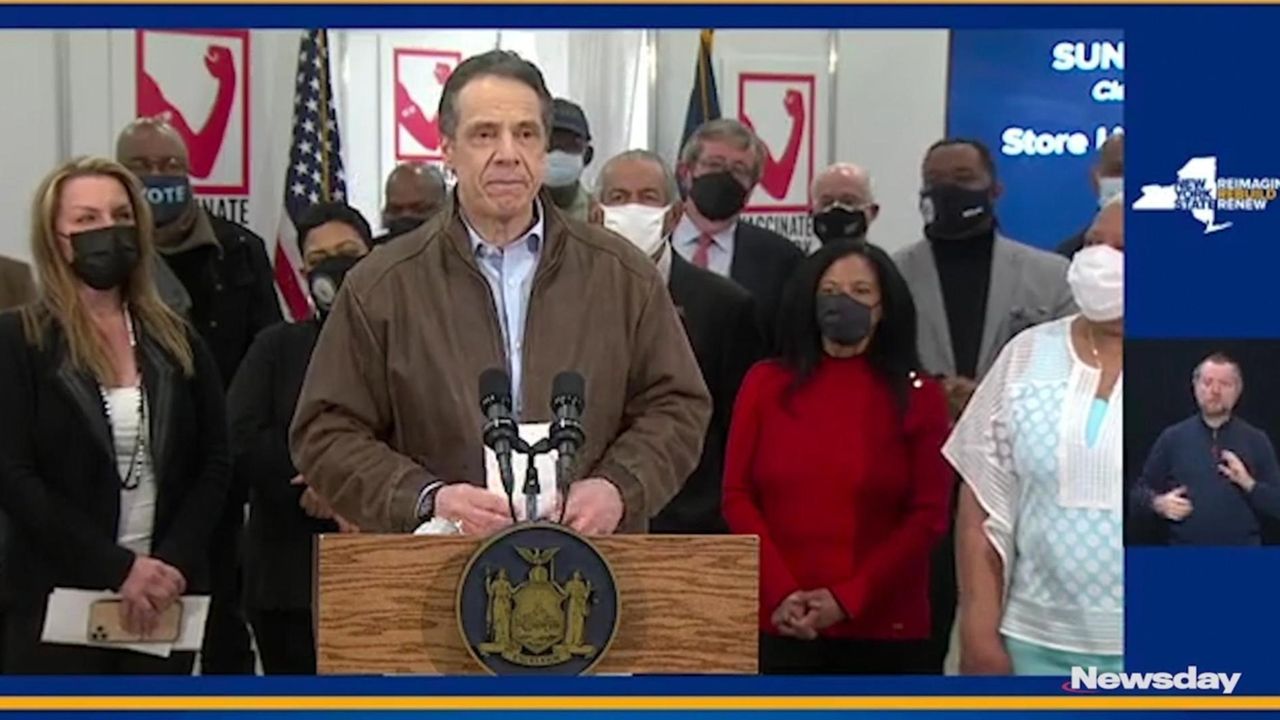 Thunderbirds are a go!

In yet another sign that Long Island appears to be turning the corner on the COVID-19 pandemic, state officials announced Monday that the 17th annual Bethpage Air Show at Jones Beach — the symbolic start of summer in the region — will return this Memorial Day weekend after last year's hiatus.

The 2021 show, which will feature performances by the U.S. Air Force Thunderbirds, will be a ticketed event, with crowds limited to 50% capacity and will include mandatory pandemic protocols such as masking and social distancing, Gov. Andrew M. Cuomo announced at a news conference in Old Westbury.

"People need to return to normalcy," Cuomo said. "They need the mental stability of normalcy. Kids have to get back into classrooms. We have to reopen and part of that … we're going to announce today that we are going to start again a great Long Island tradition which was the Bethpage Air Show at Jones Beach. "

While the pandemic forced the cancellation of the annual show in 2020, highlights this Memorial Day weekend are scheduled to include performances by the Thunderbirds F-16 Fighting Falcons team, Fairchild Republic A-10 Thunderbolt II [Warthog] close air support attack aircraft, the U.S. Army Golden Knights parachute team and the U.S. Coast Guard Search and Rescue team.

Visitors must purchase advance tickets to park at Jones Beach, although details on ticket purchasing will be announced at a later date, officials said. In addition to limiting capacity to 50%, face masking and social distancing requirements will be in place and subject to enforcement from State Parks Police and State Police, officials said.

The air show is one of the Island’s most popular events.

An estimated 368,000 people attended the three-day event in 2019 — a figure that included hundreds of cars parked on grass and on fields, officials said. State officials declined to provide an estimated number of people that would be allowed for the 2021 show but said it would be significantly less than half of that figure.

Kristen Jarnagin, president and chief executive of Discover Long Island, said Nassau and Suffolk counties lost roughly a third of its 100,000 tourism-related jobs because of the pandemic — a damaging blow to the $6.3 billion industry.

She hopes that with vaccine production ramping up, many of those jobs could return in the coming months.

"We pretty much missed an entire year, and Long Islanders love our summers," Jarnagin said. "We go through winter so that we can have summer. And Long Islanders know that the Bethpage Air Show is the unofficial kickoff to summer."