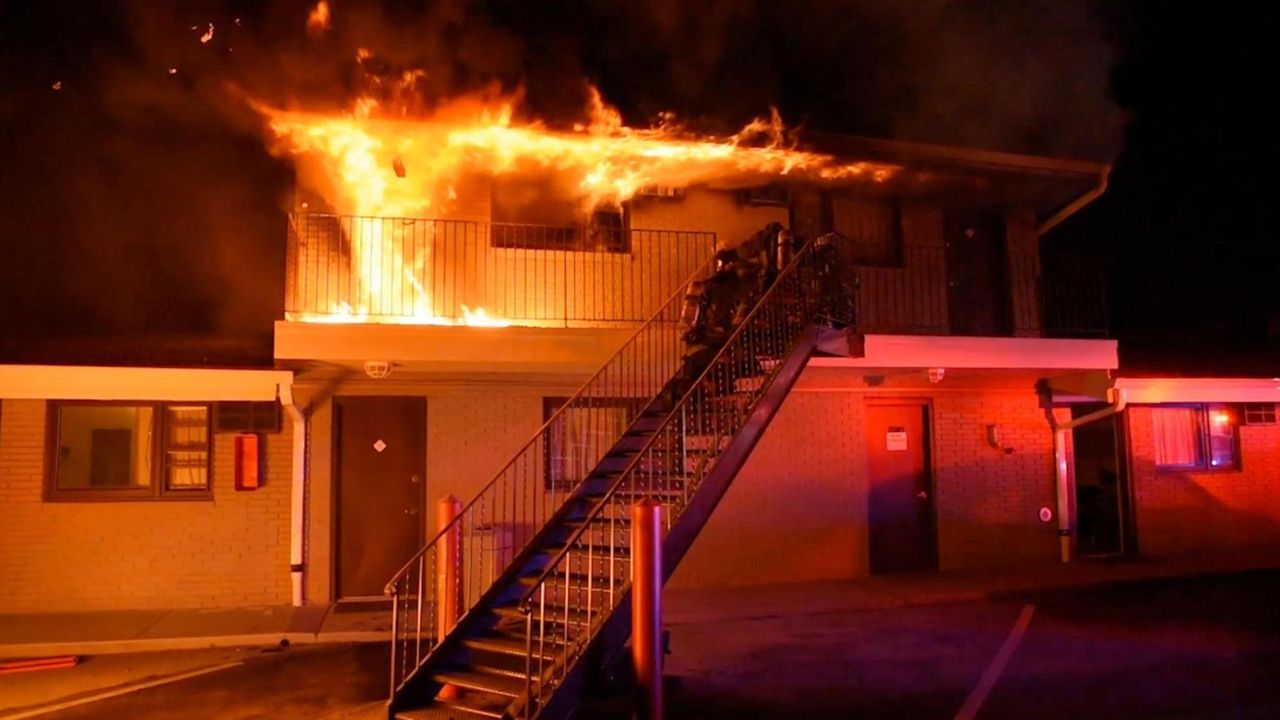 The blaze at the Bethpage Motel on Hempstead Turnpike was reported in a 911 call at 3:44 a.m.

Photos from the scene show firefighters, under the direction of Bethpage Assistant Chief Kevin Isernia, getting a hose on the second-floor outdoor landing as flames pour from a door and lap against the underside of the roof overhang.

A burning mattress that was removed from the room also is pictured in the motel parking lot.

Uttaro said the two injured were occupants of the room and were treated at Nassau University Medical Center in East Meadow for burns to the hands and chest. He said the injuries were considered minor.

Most of the major damage was limited to the room where the fire originated, Uttaro said, though some adjacent rooms sustained minor smoke, water and fire damage.

The fire is being considered accidental. "The cause appears to be careless smoking," Uttaro said, adding the room had a working smoke detector that was activated during the blaze.

"It had a lot of potential [for major damage]," Uttaro said of the fire. "But a quick response and a great job of containing the fire led to a good outcome."