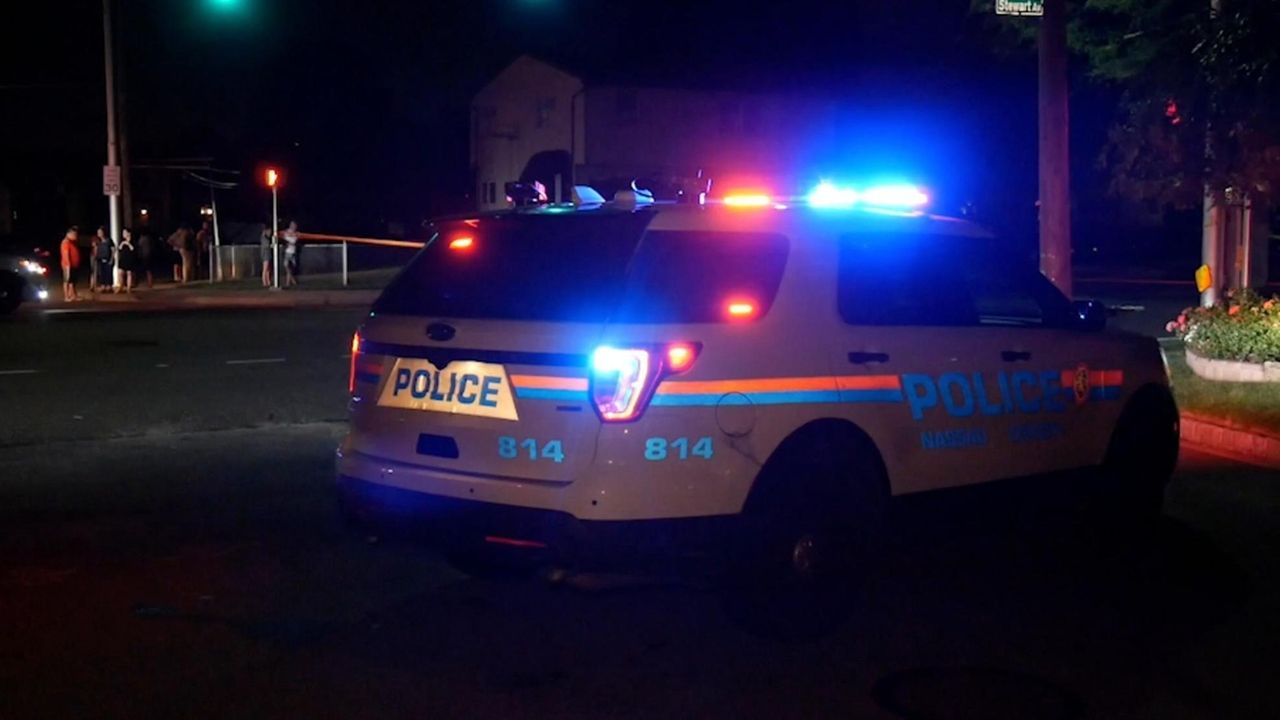 On Tuesday, a male pedestrian was struck by a car and killed in Bethpage, Nassau County police said. The fatal accident occurred at Maple and Stewart avenues and was reported in a 911 call at about 9:50 p.m. Credit: Jim Staubitser

A male pedestrian was struck by a car and killed Tuesday night in Bethpage, Nassau County police said.

The identity of the victim has not been released, pending notification of next of kin.

Police said the fatal accident occurred at Maple and Stewart avenues and was reported in a 911 call at about 9:50 p.m.

The victim was heading west on Maple Avenue when, police said, he was hit by a 2016 Honda CR-V headed north on Stewart Avenue, suffering what were described by police as "multiple trauma injuries." He was pronounced dead at a hospital, police said.

The driver, whose identity also has not been released, remained at the scene and has not been charged, police said.

Police said there appears to be no criminality, but said the investigation is continuing.