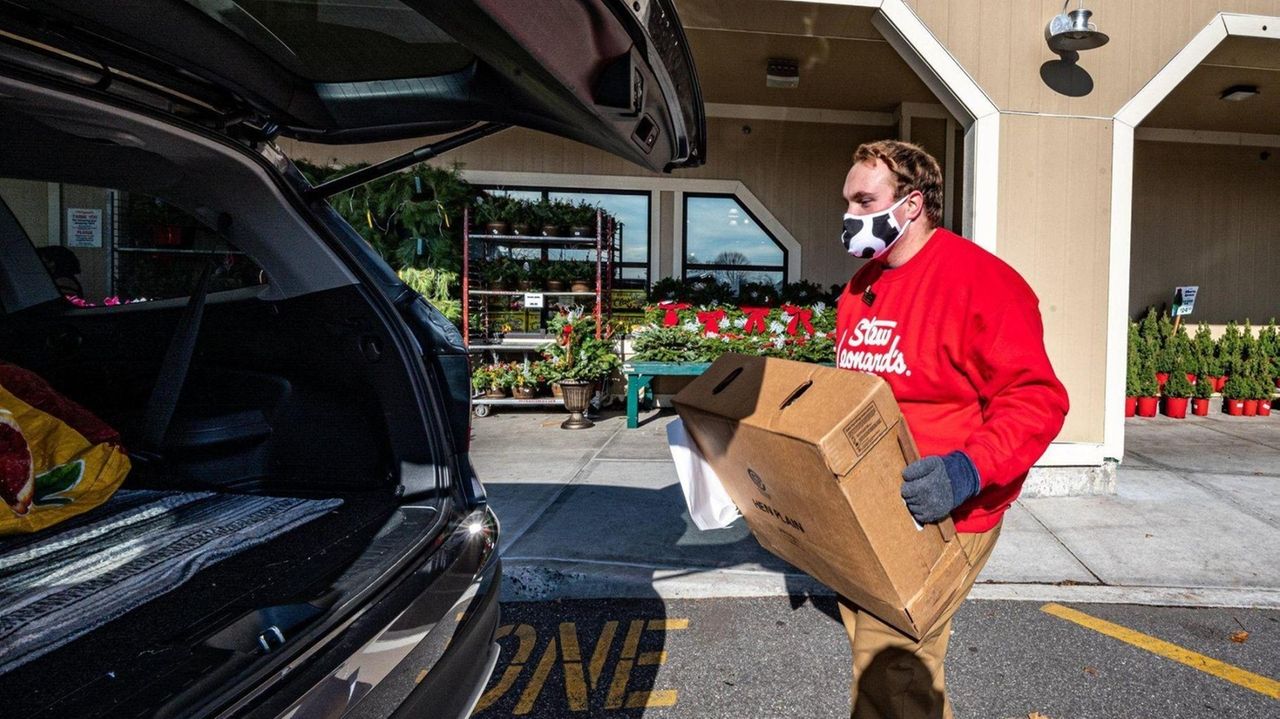 Downsizing your Thanksgiving celebration? Then perhaps there is a little room in the grocery cart for some of the traditional fixings for someone who otherwise might go hungry — and Friday is the 12th annual Bethpage Turkey Drive.

This year, as the pandemic ratchets up around the nation and flattens the wallets of far too many, Randi Shubin Dresner, chief executive of Island Harvest, said the Hauppauge-based nonprofit hopes to collect 2,500 turkeys, along with the myriad of the other goods the celebration traditionally features, from potatoes to pies.

The goal is ambitious: the birds are delivered to Long Island food banks from Nov. 1 to Dec. 31, and this year, a total of 14,000 turkeys are needed, up from around 10,000 last year, she said by telephone.

Since the pandemic triggered shutdowns in March, the lines of people waiting at food banks have swelled with the newly jobless who have never had to rely on free groceries before, from bankers to veterans, she said.

Island Harvest has given out 47% more food since COVID-19 hit the country, for a total of 11 million pounds.

Volunteers will be accepting donations from 7:30 a.m. to 4 p.m. in the parking lot of the Bethpage Federal Credit Union's headquarters at 899 South Oyster Bay Road, Bethpage, two blocks south of Old Country Road.

Anyone who needs food — and hopes to carve a turkey on Thanksgiving Day — can find a nearby pantry from the nonprofit’s website: https://www.islandharvest.org/

For any would be donors who already have made plans for Friday, both Panera Bread cafes and QuickChek convenience stores will collect donated frozen turkeys for the food bank, she added.

"This is really going to be a blessing to everybody in my community," said Reuben Sherred of Christian Light Missionary Baptist Church of Long Beach, noting that a lot of people are out of work. He spoke Thursday outside a Stew Leonard's food store in East Meadow where 300 donated frozen turkeys were loaded up and shipped out to churches, food banks and charities.

"There's definitely a lot of needs, and you can see an uptick in the requests for donations, too," said Joe Vota, vice president of the store in East Meadow, which donated turkeys.