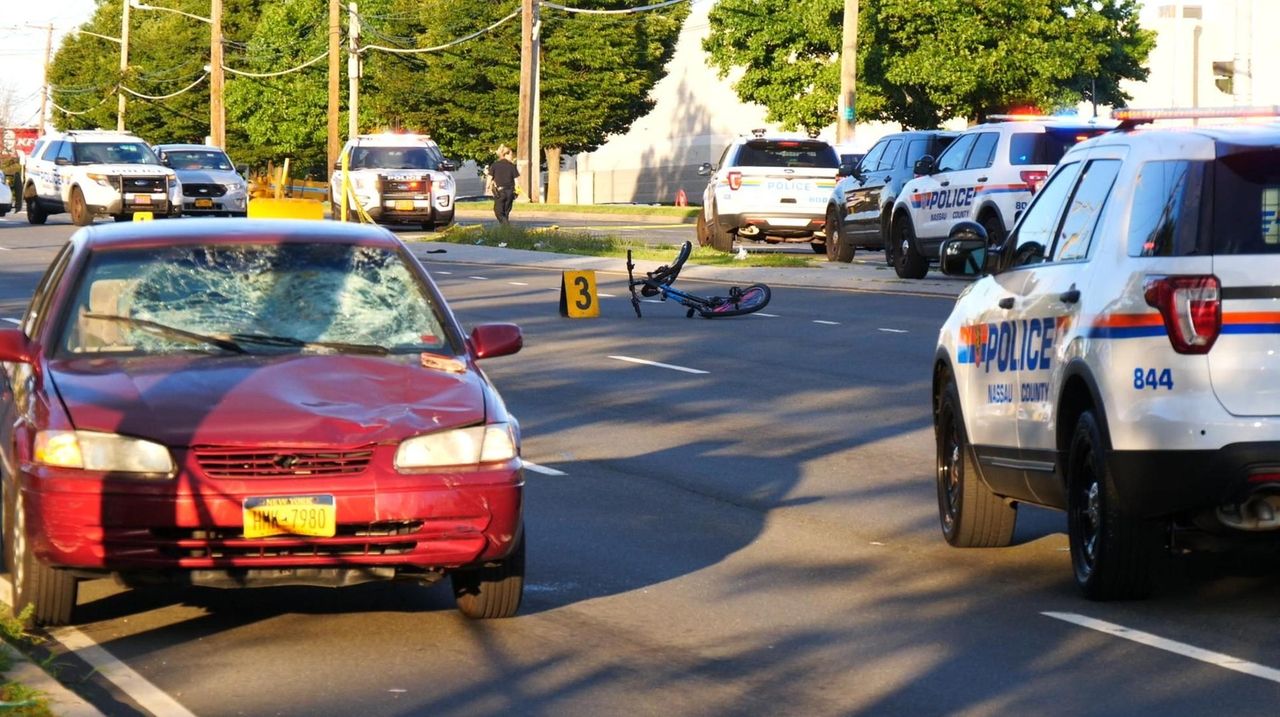 A 13-year-old boy died after he was hit by a vehicle early Sunday night while riding his bicycle on Hempstead Turnpike in Levittown, Nassau County police said. Credit: Jim Staubitser

Police have identified a 13-year-old boy who died after being struck by a vehicle early Sunday night while riding his bicycle on Hempstead Turnpike in Levittown, Nassau County police said.

Andrew Alati, 13, was crossing in front of 2575 Hempstead Tpke. when he was struck by a 1998 Toyota Camry being driven by a 19-year-old driver going westbound, police said in a release Monday.

The boy suffered "multiple injuries," police said and was later pronounced dead at a hospital by a physician.

CORRECTION:  An earlier version of this story included the incorrect age of the victim and location.