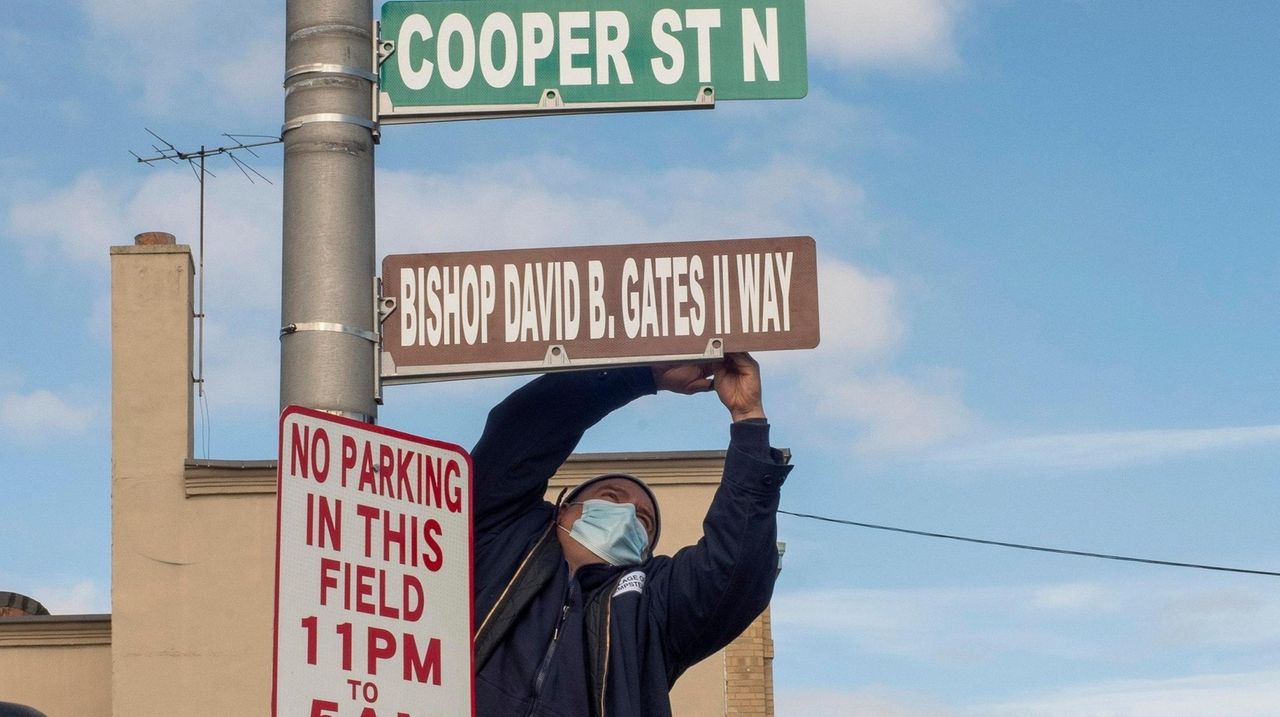 Some 100 community and religious leaders of the Village of Hempstead gathered on Saturday to dedicate a street in honor of the late Bishop David Gates, a local civil rights activist, religious leader, and Hempstead school board president.

The dedication at Cooper Street North in Hempstead took place ahead of the anniversary of Gates' death on March 25, 2020. Officials unveiled a sign for "Bishop David B. Gates II Way."

"He was God's gift to the Village of Hempstead," said Village Mayor Don Ryan, noting that Gates had served as his chief of staff. "Very warm, very intelligent and very organized. You didn't get to me until you went through him."

Gates had served in various capacities of leadership, including as senior pastor at Miracle Christian Center in Hempstead and president of the Hempstead NAACP. He was also a member of the Long Island Conference of Clergy and the executive assistant to Town of Hempstead Supervisor Don X. Clavin.

Officials said they chose Cooper Street because it is the location of the Miracle Christian Center, a church founded by Gates' mother and where his sister will soon be serving as pastor.

Gates was a lifelong Hempstead resident and graduated from Hempstead High School. He was 56 when he died.

Waylyn Hobbs Jr., a Village of Hempstead trustee, said he had known Gates since they were teens in youth ministry.

"It's a way of honoring him and his commitment to the community," said Hobbs of the street dedication. "He was a serious person. He was a strategic person, and he was a great planner."

Hobbs, who is pastor at Coney Island Cathedral in Brooklyn, added, "He always gave his all. He believed in giving back to his community."

Hobbs said he hoped the street sign will serve as an inspiration for future generations.

"When you dedicate your life to doing good and serving people, it doesn't go unnoticed," he said.