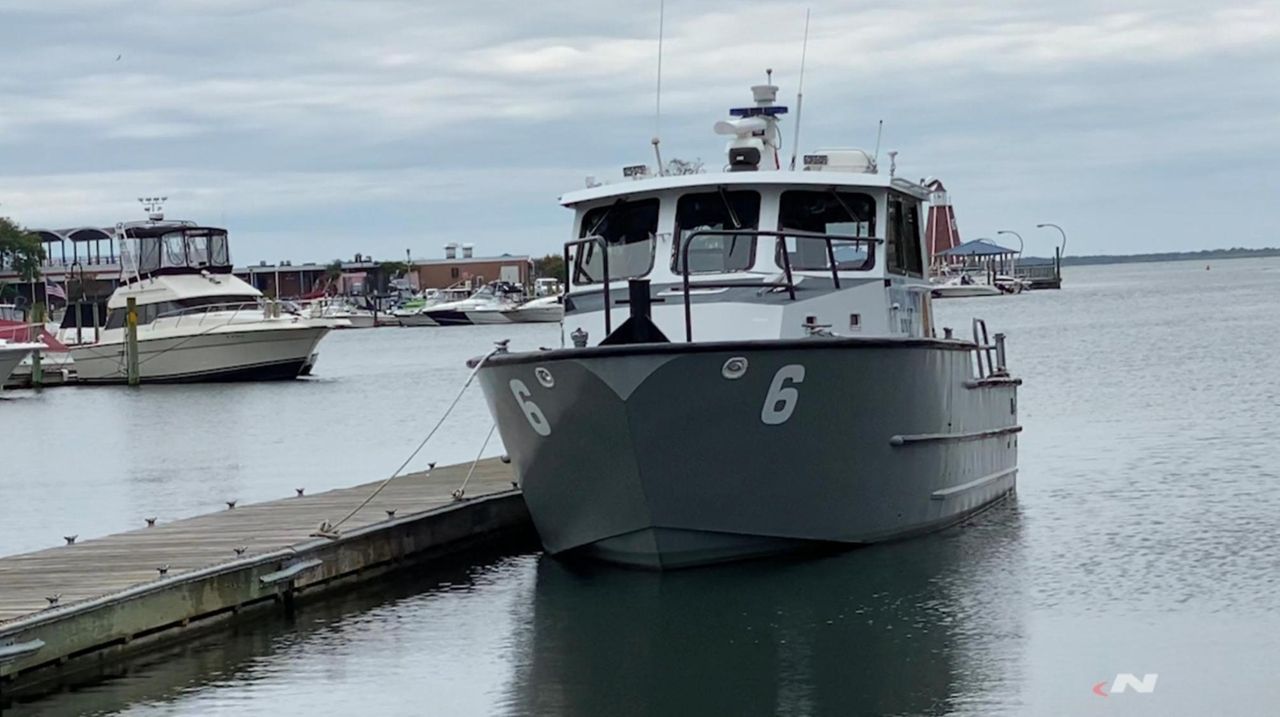 Nassau County Executive Laura Curran held a news conference Friday addressing boat safety after a jump in the number of fatalities on the water this summer. Credit: Howard Schnapp

Nassau County Executive Laura Curran said there has been a "huge surge in fatalities on the water," citing five deaths this summer to date, versus just one last summer, in announcing plans for stepped up boating safety patrols, starting this weekend.

Curran attributed the increase in boating deaths and other incidents "to obviously more boat traffic, inexperienced boaters and venturing out in unsafe conditions."

Curran, at a news briefing Friday at Wantagh Park's boat ramp, said the county was building on its previously announced plan of boosting water patrols. "And we are continuing to do that: adding more resources," as it focuses on enforcement of speeding limits, vessel inspections, and suspicions of boating while intoxicated incidents, she said.

She noted that Brianna's Law, requiring operators of all motorized watercraft — including personal watercraft — to complete a state-approved boating safety course, took effect earlier this year. The law is named for 11-year-old Brianna Lieneck of Deer Park, who was killed in a boating accident in 2005.

Ryder announced the start of "Operation Safe Boating" this weekend. "We've contacted all of our townships, all the bay constables. They're all going to be involved. We're adding extra resources on the waterway."

Ryder said that so far, the department has written more than 400 summonses on the water this year, and handled 350 calls for assistance and have done more than 400 vessel inspections.

"We can't stress it enough ... you've got to slow down on the waterway," Ryder said. "We're going to be out there with that enforcement. You're going to get the tickets. We're going to do the inspections."

Curran said that "one interesting side effect of the pandemic is the boat business has been booming. A lot of people are taking staycations, can't travel to different states, can't travel overseas. So people are taking advantage of this beautiful island that we live on and we're seeing that in sales receipts for boating." She said personal watercraft sales had increased by 75% this summer compared to last summer.

"We want everyone to have fun, enjoy themselves, especially in a year that has been as challenging as this one," Curran said. "But our ultimate goal is ensuring that your day of pleasure out on the water doesn't turn into a nightmare."