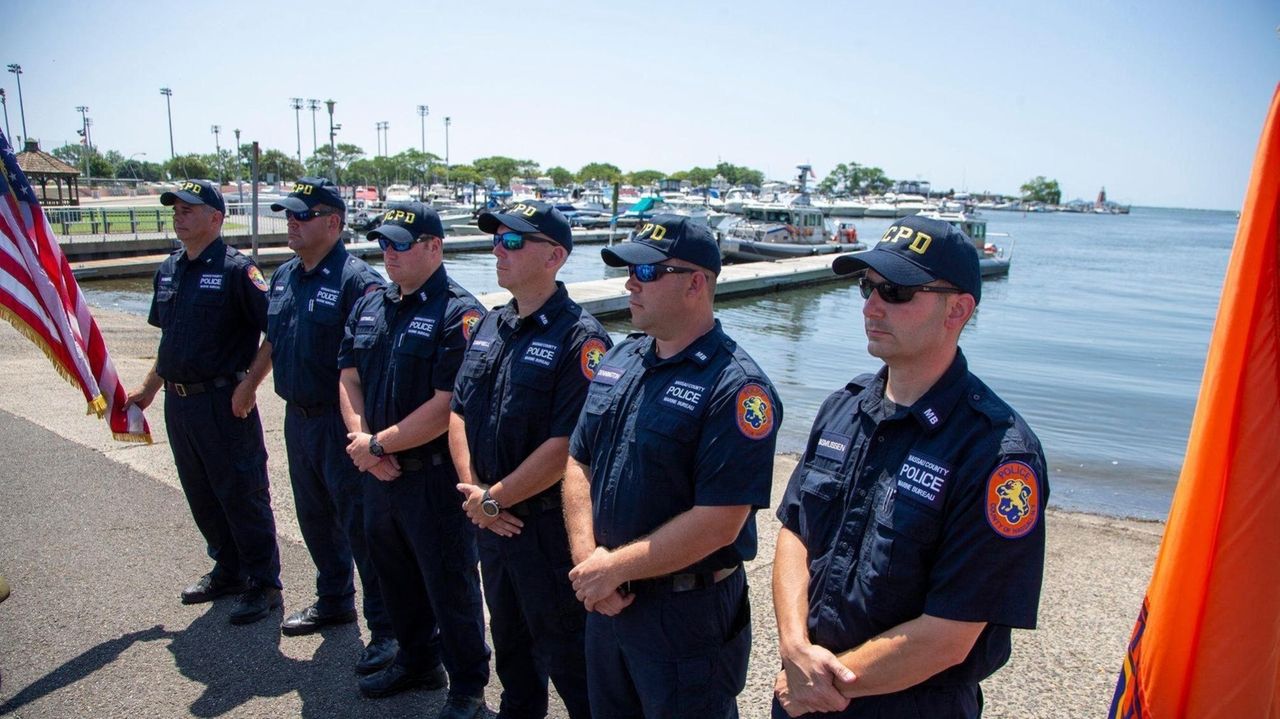 Lawmakers and water safety advocates on Monday at a news conference at Wantagh State Park urged boaters to enroll in safety courses and Gov. Andrew M. Cuomo to sign "Brianna's Law," a measure requiring that operators of motorized vessels learn about potential dangers on the water. Credit: Howard Schnapp

The call for mandatory boater safety classes comes after a deadly weekend on Long Island waters earlier this month when two women died and four others were hospitalized after watercraft accidents.

Brianna’s Law is named for Brianna Lieneck of Deer Park, who was 11 when she died in a boating accident in 2005 that also seriously injured her parents and sister. Brianna’s Law would require any powerboat operator older than 10 to take an 8-hour watercraft safety course. Under current state law, safety courses are required for those born after May 1, 1996. The state will decide which safety courses boaters can take under the proposal that passed the State Senate in May and Assembly in June.

“We want to make sure that everyone who gets a boat, gets behind the wheel of a boat, knows what they’re doing, and this law will do just that,” said Nassau County Executive Laura Curran during a news conference Monday in front of the marina at Wantagh Park.

Nassau Police Commissioner Patrick Ryder said boaters “don’t have to wait until the change comes into place, we can do that right now. You can go get a safety course now.”

Brianna’s mother, Gina Lieneck, attended the news conference and said: “Until there are laws in place that prevent people from operating a boat or watercraft without the proper education, I will be the industry’s biggest nightmare.”

Lieneck urged Cuomo to sign the bill named for her daughter.

“This law will save lives, and so with the passage of Brianna’s Law, the New York State legislature did their job,” she said. “Now I’m just hoping we can get the governor to sign this into law soon. … Don’t wait for a law to be signed. Go out and take the boating safety education classes.”

A spokesman for Cuomo’s office said the governor is reviewing the bill.

Statistics from the U.S. Coast Guard show that efforts to improve boater safety have led to a reduction in the number of deaths on the water from 821 in 1997 to 658 in 2017.

On many occasions there are “far too many boats on the bay. Many of those who are out there boating don’t have the understanding they should have,” said State Sen. John Brooks (D-Seaford), co-sponsor of Brianna’s Law.

Republicans had blocked the bill last year when the GOP controlled the State Senate and Sen. Phil Boyle (R-Bay Shore) was the original sponsor.

The State Assembly passed the bill, 96-1, in early June, three weeks after the State Senate approved the bill, 40-18.

Chris Squeri, executive director of New York Marine Trades Association, which represents marine businesses and boat dealers, said in an interview that the legislation should have covered nonmotorized and nonregistered crafts, including canoes, kayaks, rowboats, and stand-up paddle boards.

Nassau District Attorney Madeline Singas underscored both the need for the law and boaters educated about safety.

“I urge that the bill gets sent to the governor and the governor sign it, because boating safety is so crucial to a place like Nassau County,” Singas said. “When we’re surrounded by so much water, we’re so fortunate that we have this as our playground that we can enjoy it, but with that comes enormous responsibility.”