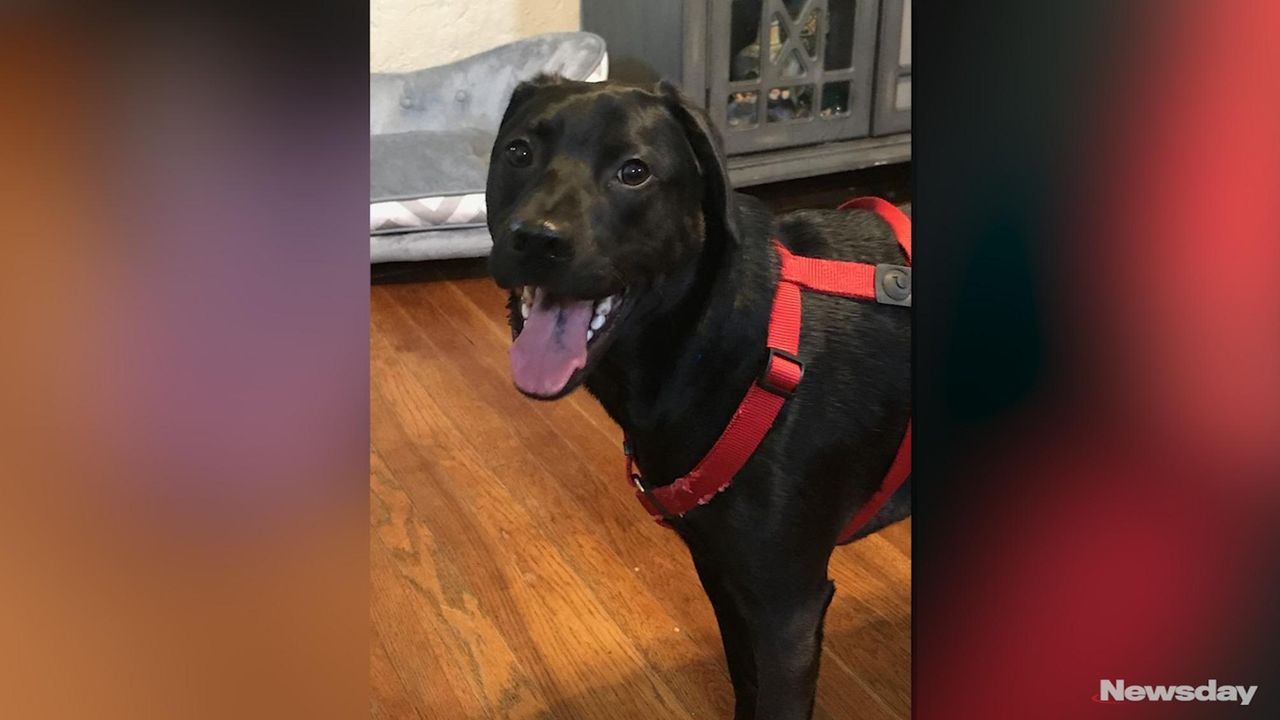 The year-old beagle Labrador retriever mix that went missing last month from his Massapequa Park sitter’s home and became the subject of controversy when his owner illegally posted lost dog flyers has been found.

Buddy’s owner, MaryEllen Humphrey, 52, of Wantagh, said in a telephone interview Monday that Buddy was found about 10:30 a.m. Saturday in a preserve at Lakeview and Pittsburgh avenues in Seaford.

After Buddy went missing Sept. 20, Humphrey posted lost-dog flyers on telephone poles around Massapequa Park. She then received a call from a village officer, telling her she had violated an ordinance that prohibits people from putting up anything on telephone poles in the village.

Humphrey said she was told to take down the flyers or face a court appearance and a fine. Humphrey responded by spreading the news about the flyer, problem on her “Find Buddy” Facebook page with phone numbers to make complaints to the village.

Plenty of phone calls to the village were made, Humphrey said, and a team from Lost Pet Tracking Dogs, a Maine-based group that helps find missing canines, joined the search.

Massapequa Park Mayor Jeffrey Pravato said when he learned about the phone calls he decided Humphrey could leave up any signs already posted because code enforcers weren’t aware of the “complexity” of Buddy’s situation.

Pravato said the intent of the ordinance is to maintain a beautiful environment in the village. He said Humphrey would have to remove the signs once Buddy was found.

The mayor ended up meeting with Humphrey and helped hand out flyers to businesses along Park Boulevard and placing notices in various Massapequa Park kiosks.

“He gave us a compassionate exemption,” Humphrey said of the mayor.

Humphrey said Buddy was found after a woman walking her dog said she saw Buddy almost directly beneath a flyer, in the preserve.

“It was like going to the post office for a money order and seeing your wanted poster,” Humphrey said.

“We were right in the area because the team from Lost Pet Tracking Dogs was getting ready to track this area,” Humphrey added. “They came down from Maine with five dogs and two handlers and had tracked all day the day before” Buddy was found.

Humphrey said the area in the preserve where the woman came upon Buddy had earlier been ruled out by the search team.

“They got his scent and took it all the way down to the water in Massapequa and basically eliminated that area and we were going north so I was right nearby when the tip was called in,” Humphrey said.

The searchers spread out so Buddy couldn’t get out without being seen, and pieces of cheeseburgers were thrown around to attract him, Humphrey said. It worked. He showed up, ate the burgers and then a leash was put around his neck.

“He knocked me down and was licking me all over,” Humphrey said. “We got him into the minivan and he attacked the kids with licks and snuggles.”

Humphrey said Buddy was taken to an emergency vet in Plainview and was generally given a clean bill of health.

And after returning from the vet, Buddy took a bath, ate three McDonald’s double cheeseburgers, and watched a movie with Julianna and Jack.

“He’s pretty good,” Humphrey said of Buddy. “He lost eight pounds and had a couple of ticks and cuts on his paws but the vet did blood work and he seems fine. He’s just hungry and tired but he’s happy cuddling with everyone.”

Pravato said he was pleased Buddy’s story had a happy ending.

“It’s great,” Pravato said in a telephone interview Monday. “We’re very happy in the village that he’s been reunited with his family.”

The mayor added that he’s looking forward to expressing his happiness to Buddy — personally.

“I’ve invited him to the village board meeting,” Monday night, Pravato said. “I want to meet him and say hello to him.”