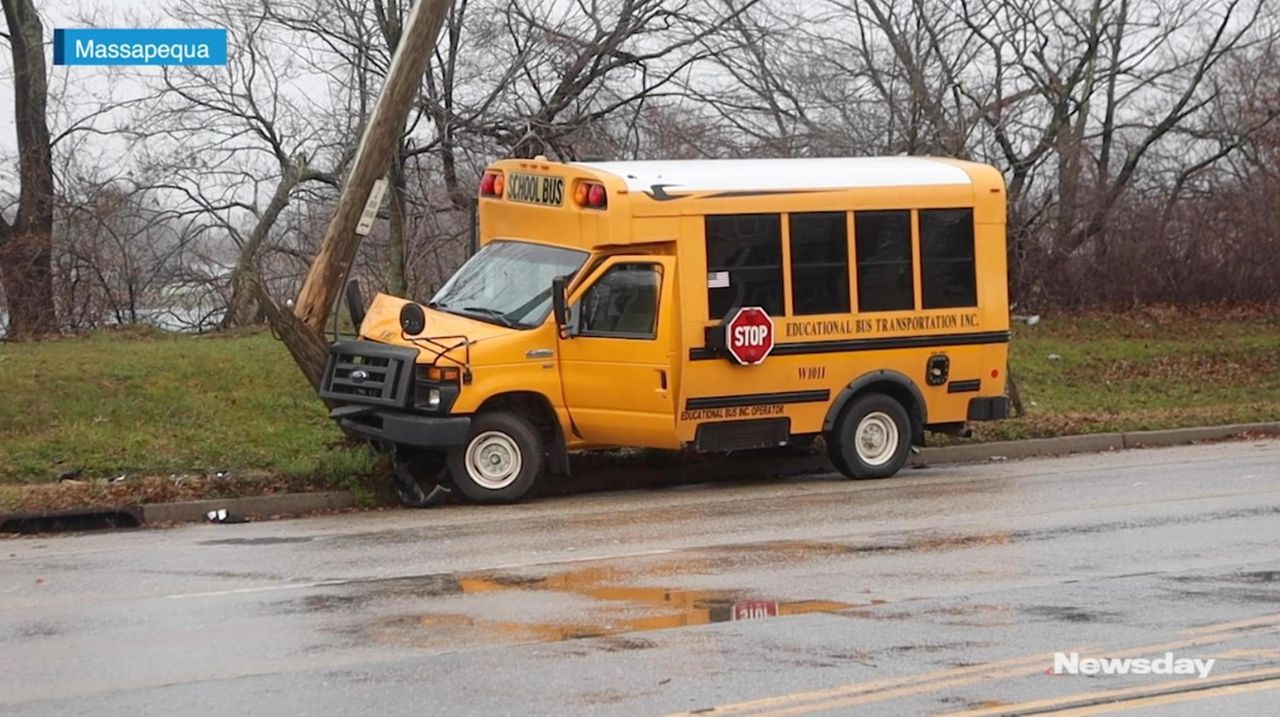 A bus crashed into a pole in Massapequa Monday afternoon, prompting some children aboard to be transported to a hospital for assessment although there were no reports of major injuries, Nassau police said.

The 2:45 p.m. crash closed a stretch of Merrick Road near Alhambra Road, according to police.

A Nassau police spokesman said information was not immediately available about how many children were treated, whether it was a school bus that crashed or the type of pole it hit.

A photograph of the crash scene showed the right front end of a yellow mini-school bus wedged into a wooden power pole.

The crash prompted road closures in both directions on Merrick Road between Ocean Avenue and Lakeshore Boulevard, police said.