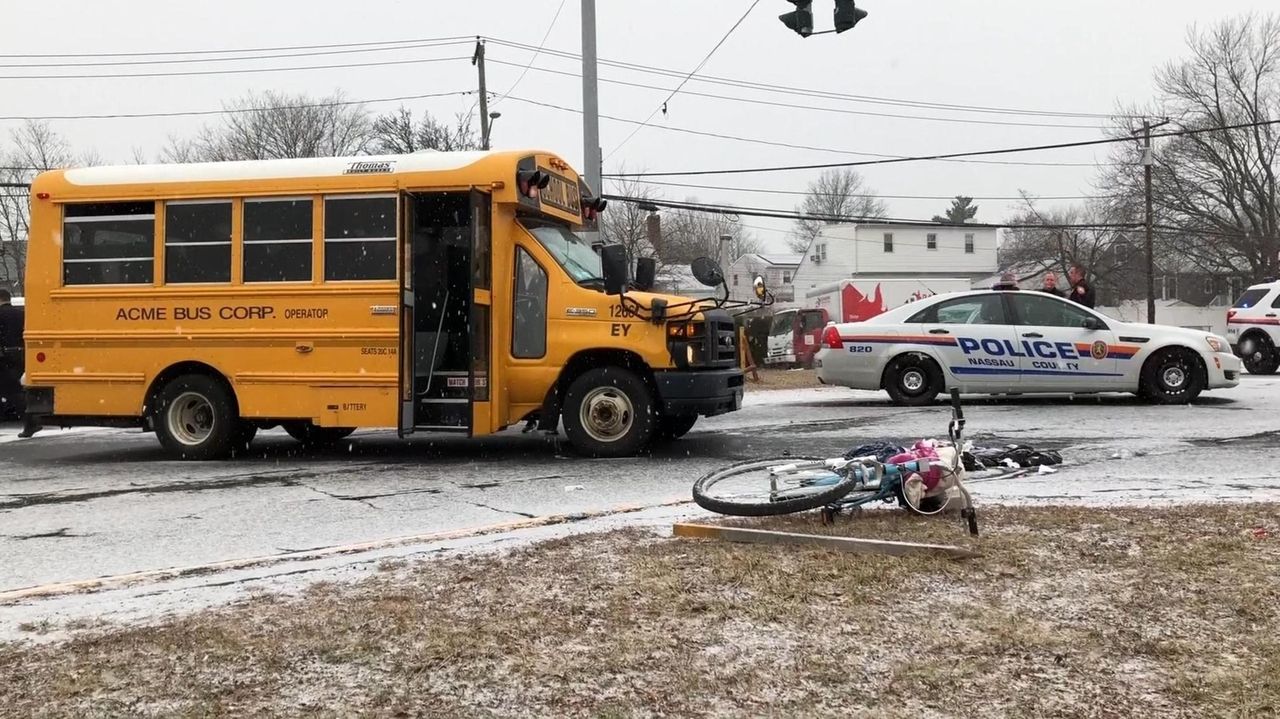 A bicyclist was injured when he was struck by a mini-school bus as he crossed a busy intersection in Bethpage, Nassau County police said, on Wednesday, Feb. 7, 2018. Credit: Howard Schnapp

A bicyclist was seriously injured Wednesday morning when he was struck by a mini-school bus as he crossed an intersection in Bethpage, Nassau County police said.

The bicyclist was identified only as a 49-year-old man. He was taken to Nassau University Medical Center in East Meadow with “head trauma” and was listed in serious condition, according to police.

The road was closed for the investigation, but has been reopened. No one has been charged in the crash.

Additional details were not immediately available.

Even with COVID on the brain, 'You have to respect the flu,' doctor says
Threat prompts stepped up security at Hicksville schools, official says
1:54
LI's COVID-19 positivity rate at 6.04%, highest in nearly a year
Opioids manufacturer settles with Nassau, Suffolk and NYS as part of landmark case
Oyster Bay town shuts down email, computers after technical problems, officials say
Don Hudson named managing editor of Newsday
Didn’t find what you were looking for?