The owner of a Levittown dog-sitting business is facing backlash after posting insensitive remarks on Facebook about the traffic caused by a funeral procession for William Tolley, the FDNY firefighter who died battling a blaze in Queens.

Tolley, a 14-year veteran with the FDNY, died April 20 after he fell five stories from the roof of a Ridgewood, Queens, apartment building. His funeral procession on Thursday drew thousands of mourners to Bethpage, where Tolley, 42, lived with his wife and daughter.

Jeremy Henggeler, 40, of Levittown, said he was caught in traffic caused by the ceremony while on the clock for his dog-sitting business, Jay’s Sit and Stay.

“I’m a single father running my own business. Any little amount of time is not just a couple of bucks, it’s how I feed my family,” said Henggeler, father of 5-year-old twin girls.

He said he was “irate” because the traffic caused him to lose business and, as a self-described “anarchist,” he was upset that a government-funded event kept him from his job.

“Stuck in traffic for over an hour, with no escape options, all because some agent of the state died,” he wrote on Facebook, along with additional comments that included profanity.

His post was shared soon afterward to several Facebook pages, including NYC Fire Wire, a page that has more than 130,000 followers.

The New York City Firefighter Brotherhood Foundation also posted a screenshot of Henggeler’s post along with a link to Jay’s Sit and Stay and a call for customers to stop using the business. That post was shared more than 1,800 times.

In the days that followed Henggeler said he’s lost at least one of his customers because of the controversial post and expects he may lose more. He also says he’s received a barrage of negative Facebook messages and phone calls, and is now “worried for my family’s safety.” 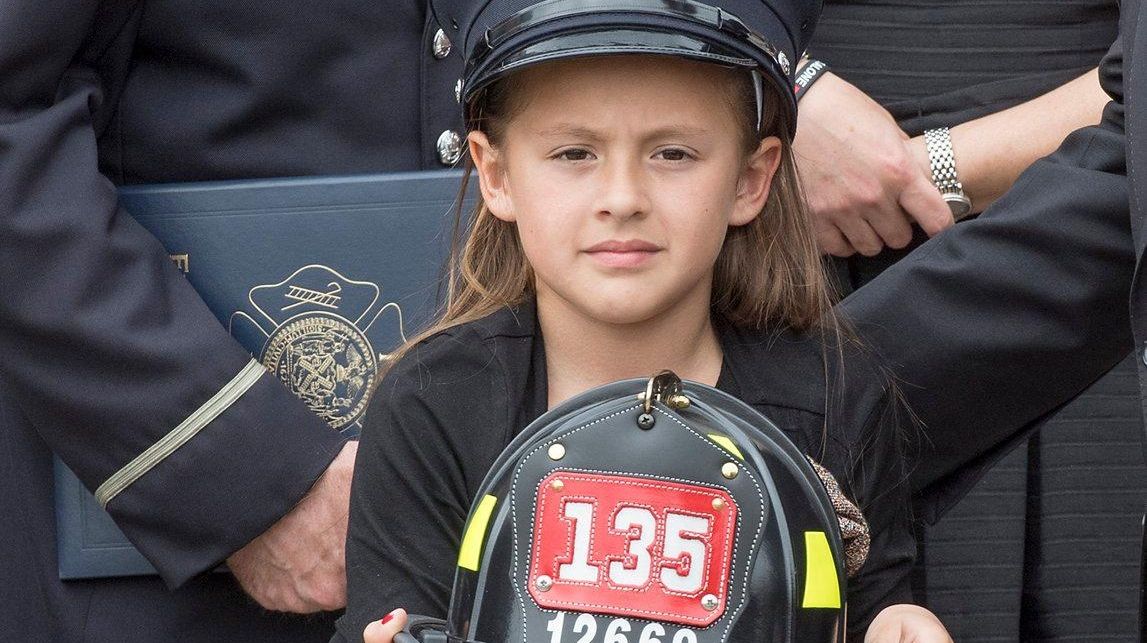 “We absolutely do not agree nor support this despicable statement in any way, shape or form,” the company posted on its Facebook page on Friday. “As a result of this appalling behavior, we are terminating his ability to represent our company and to offer our products in any way.”

Henggeler said he regrets “the timing” of his comments and that he’s “sorry that people were hurt by my words.” But he said he has no plans to remove his post, which he sees more as a criticism of government and not a personal attack on Tolley, even if it continues to harm his business.